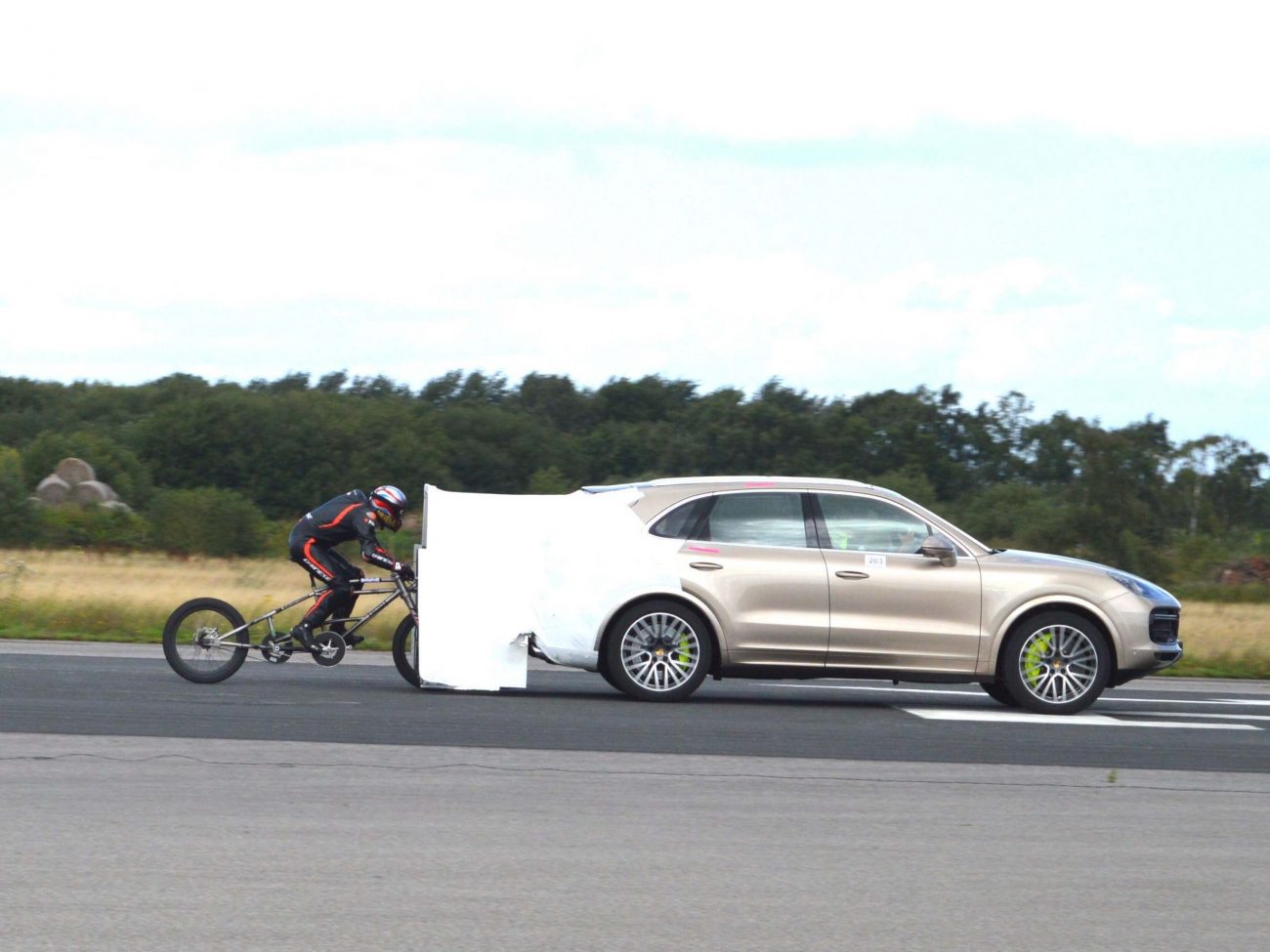 A British cyclist set a new men’s motor-paced cycling speed record of more than 174mph over the weekend.

Neil Campbell, 45, broke the previous record of 167mph (268.83km/h) using an elongated, custom-built bike based on the design of a tandem.

He achieved the fastest bicycle speed in a slipstream (male) record at Elvington Airfield in North Yorkshire on Saturday, beating the previous mark set by a Dutch rider in 1995.

Campbell, was pulled along the two-mile track behind a  Porsche Cayenne, then released before passing through the timing gate under his own power.

He was timed at 174.33mph (280.55km/h) after going through the 200-meter speed trap on the bicycle, which was built by Moss Bikes using 3D-printed components and parts from a motocross bike.

The vehicle had a large attachment on the rear which affected its aerodynamics, punching a hole through the air for Campbell to cycle in.

“I am thrilled and relieved, the team worked amazingly well,” said Campbell.

Preparations had gone badly with poor weather on Friday, and a practice run fell 20mph short of the record, but conditions improved on the day and a tailwind helped.

Additionally, changing the aerodynamics of the car helped, as it decreased its top speed, but reduced wind resistance when the bike was released.

“Porsche spend millions testing their cars in a wind tunnel and we stick a big Tupperware box on the back of it,!” said Campbell.

Also, in order to break the record, Campbell had to ditched a parachute designed to help him to brake quickly before the end of the airfield, because it was causing turbulence.

But he did wear a kangaroo-skin protective suit which inflates in the event of a crash.

His next challenge will be to try to reach 220mph next year on a six-mile track at the Bonneville Salt Flats in Utah.