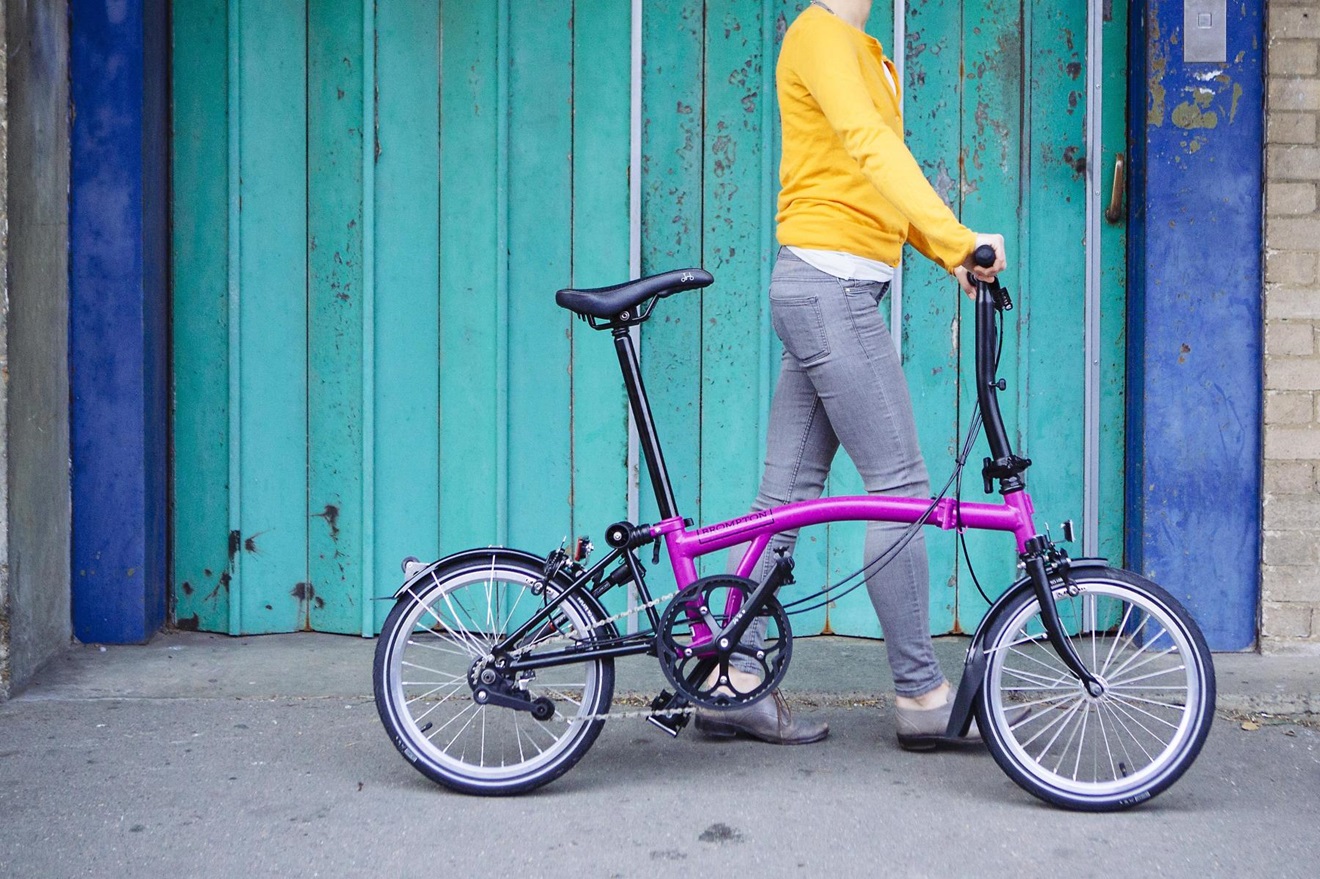 20 Nov 2015
By Gianni Pericolo - In LATEST ARTICLES, THE DOUBLE DIAMOND

Due to popular demand, Brompton has decided to reprise is Black Edition folding bike, after the first run of the limited production bikes quickly sold out last March.

What sets the Black Edition apart from other Brompton bikes, is its completely blacked out appearance, to include black finishing on the rims, spokes and seat post.

The main frame can be specified in black, or Brompton’s new orange color option. In addition, white, lime green and lagoon blue have also been added to the palette of choices.

Brompton’s CEO, Will Butler-Adams OBE, said; “Our first experiment with the Black Edition was a runaway success, appealing to a new younger, urban audience. We are excited to extend the Black Edition to encourage more people to get on a Brompton and enjoy the freedom and fun it brings!”

We are excited to once again launch a new take on the classic Brompton finish: The Black Edition.

For the second time, the Black Edition bikes will feature a number of key components in black rather than the usual silver, and have been developed after years of interest in the possibility of an all-black Brompton.

Sleek and smart, the Black Edition is designed with the streetwise urban cyclist in mind, and gets top marks for style while retaining all of the original, carefully considered design features that makes Brompton respected across the globe. Chief Executive Officer, Will Butler-Adams OBE says of the Black Edition: “I’m lucky that my job enables me to travel to many cities around the world.

“One of my favorite things to do is to cycle through cities at night, the roads are often quieter and you see a different side to city life, lit up against the backdrop of the dark sky. City life at night was the inspiration behind the Black Edition, we were keen to try a sleek matt black Brompton mixed with pops of bright color  as well as the full black effect.”

The Black Edition will be available to order in models S, M and H Types, 2 and 6 speed gear options from all Brompton Junction stores and selected dealers Worldwide.