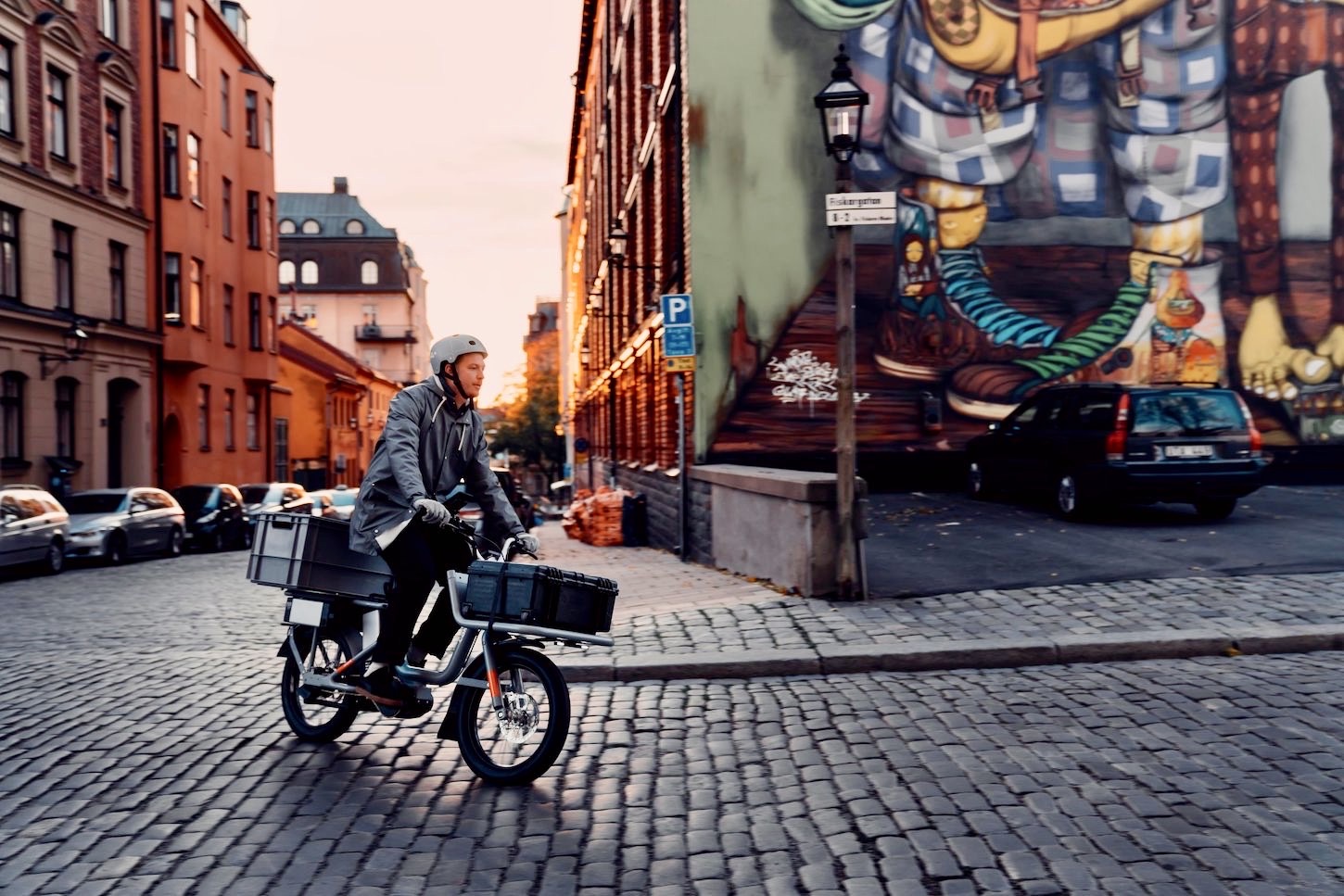 CAKE has launches its latest utility eBike called the Åik, which made its debut during this weeks’ Consumer Electronics Show (CES) in Las Vegas.

“The Åik is the utility choice for the demands of working professionals who rely on two-wheeled transportation for their livelihood or indeed for the demanding lifestyle requirements of individuals. Not to be mistaken as just an e-bike, it is a utility tool that redefines the category with an unsurpassed range and power of up to 224 miles and gross vehicle weight of 441 pounds,” boasts CAKE.

According to the Swedish company, the Åik fills the gap in its :work range of electric powered motorcycles because it doesn’t require a special license.

“The newest member of the :work family blurs the lines between lightweight electric motorcycle and utility e-bike. For those who typically rely on motorized transportation, it opens up networks of bike lanes and paths that are off limits to motorcycles and cars. It’s also indisputably easier to find a spot to park a bicycle than it is a motor vehicle,” says CAKE founder Stefan Ytterborn.

One 750 Wh battery can power the bike for up to 74.5 miles, but users can connect as many as three batteries to extend the range. The batteries can also power electronic devices such as temperature-controlled food boxes, electronic tools and equipment, while CAKE says it will offer a wide assortment of accessories for the Åik.

The Åik will be available at CAKE storefronts in Los Angeles, Milan, London, Paris, Berlin and Stockholm, with plans for a New York location this year, as well as authorized dealers throughout the world.