Can Mouthwash Boost Your Cycling Performance? 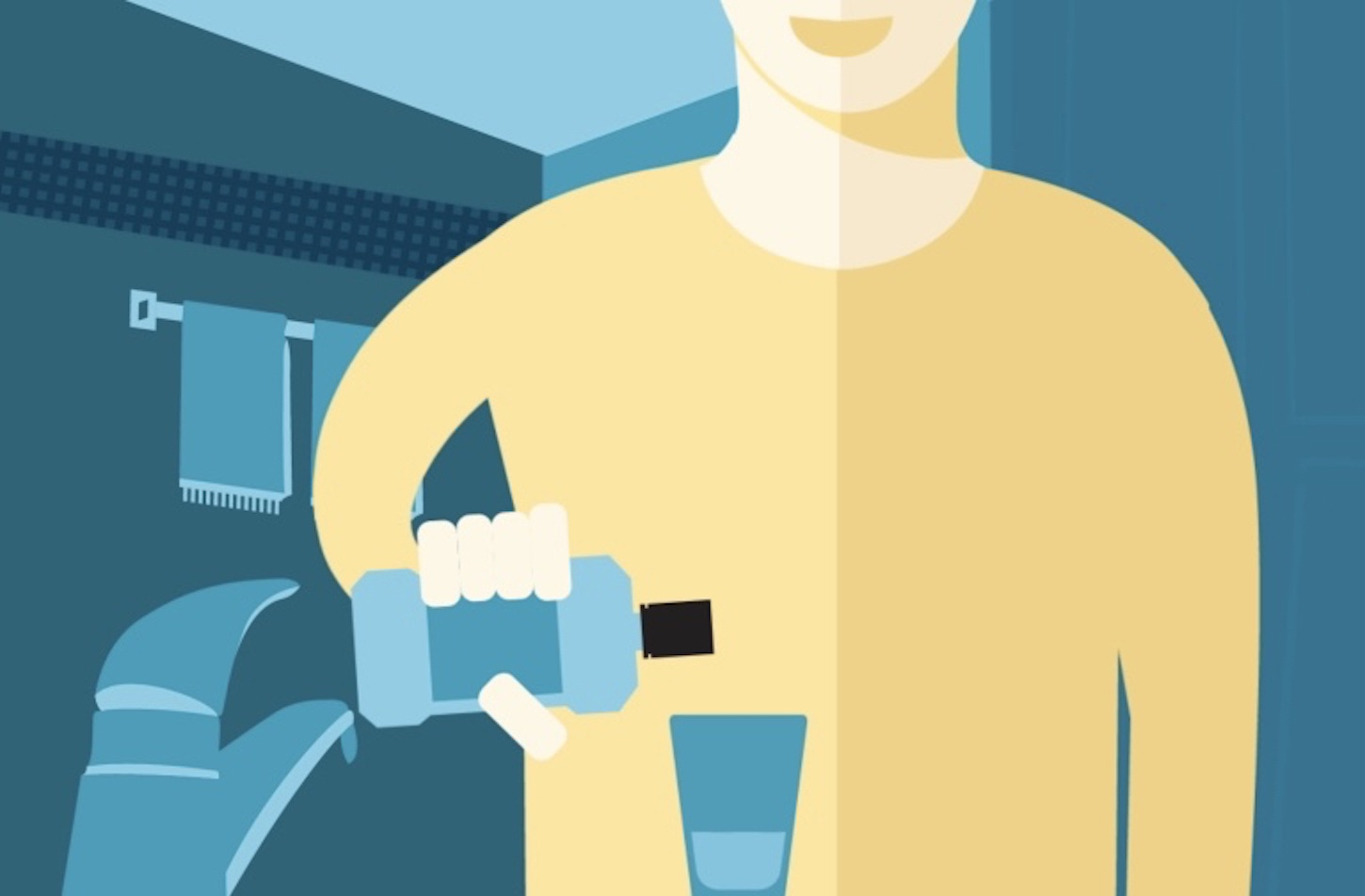 According to new research, exercise, particularly highly aerobic forms like cycling, are known to reduce blood pressure, but the activity of bacteria in our mouths may determine whether we experience this benefit.

An international team of scientists has shown that the blood pressure-lowering effect of exercise is significantly reduced when people rinse their mouths with antibacterial mouthwash, rather than water — showing the importance of oral bacteria in cardiovascular health.

The study was led by the University of Plymouth in collaboration with the Centre of Genomic Regulation in Barcelona (Gabaldon’s lab), Spain, and was published in the journal Free Radical Biology and Medicine.

Why did the research take place?

Lead author Dr Raul Bescos, Lecturer in Dietetics and Physiology at the University of Plymouth, said: “Scientists already know that blood vessels open up during exercise, as the production of nitric oxide increases the diameter of the blood vessels (known as vasodilation), increasing blood flow circulation to active muscles.

“What has remained a mystery is how blood circulation remains higher after exercise, in turn triggering a blood-pressure lowering response known as post-exercise hypotension.

“Previous research has suggested that nitric oxide was not involved in this post-exercise response — and only involved during exercise — but the new study challenges these views.

“It’s all to do with nitric oxide degrading into a compound called nitrate, which for years was thought to have no function in the body. But research over the last decade has shown that nitrate can be absorbed in the salivary glands and excreted with saliva in the mouth.

“Some species of bacteria in the mouth can use nitrate and convert into nitrite — a very important molecule that can enhance the production of nitric oxide in the body. And when nitrite in saliva is swallowed, part of this molecule is rapidly absorbed into the circulation and reduced back to nitric oxide. This helps to maintain a widening of blood vessels which leads to a sustained lowering of blood pressure after exercise.

“We wanted to see whether blocking nitrate’s ability to convert into nitrite by inhibiting oral bacteria would have any effect on post-exercise hypotension.”

What did the study involve?

Twenty-three healthy adults were asked to cycle on a stationary trainer for a total of 30 minutes on two separate occasions, after which they were monitored for two hours.

On each occasion at one, 30, 60 and 90 minutes after exercise they were asked to rinse their mouths with a liquid — either antibacterial mouthwash (0.2% chlorhexidine) or a placebo of mint-flavoured water. Neither the researchers nor the participants knew which liquid they were rinsing with.

Their blood pressure was measured and saliva and blood samples were taken before exercise and at 120 minutes after exercise. No food or drink except water was allowed during exercise and the recovery period, and none of the study participants had any oral health conditions.

What did the science show?

These results show that the blood pressure-lowering effect of exercise was diminished by more than 60% over the first hour of recovery, and totally abolished two hours after exercise when participants were given the antibacterial mouthwash.

Previous views also suggested that the main source of nitrite in the circulation after exercise was nitric oxide formed during exercise in the endothelial cells (cells that line the blood vessels). However, the new study challenges this. When antibacterial mouthwash was given to the participants, their blood nitrite levels did not increase after exercise. It was only when participants used the placebo that nitrite levels in blood raised, indicating that oral bacteria are a key source of this molecule in the circulation at least over the first period of recovery after exercise.

What the authors say

Craig Cutler, study co-author who conducted the research as part of his PhD at the University of Plymouth, said: “These findings show that nitrite synthesis by oral bacteria is hugely important in kick-starting how our bodies react to exercise over the first period of recovery, promoting lower blood pressure and greater muscle oxygenation.

“In effect, it’s like oral bacteria are the ‘key’ to opening up the blood vessels. If they are removed, nitrite can’t be produced and the vessels remain in their current state.

“Existing studies show that, exercise aside, antibacterial mouthwash can actually raise blood pressure under resting conditions, so this study followed up and showed the mouthwash impact on the effects of exercise.

“The next step is to investigate in more detail the effect of exercise on the activity of oral bacteria and the composition of oral bacteria in individuals under high cardiovascular risk. Long-term, research in this area may improve our knowledge for treating hypertension — or high blood pressure — more efficiently.”