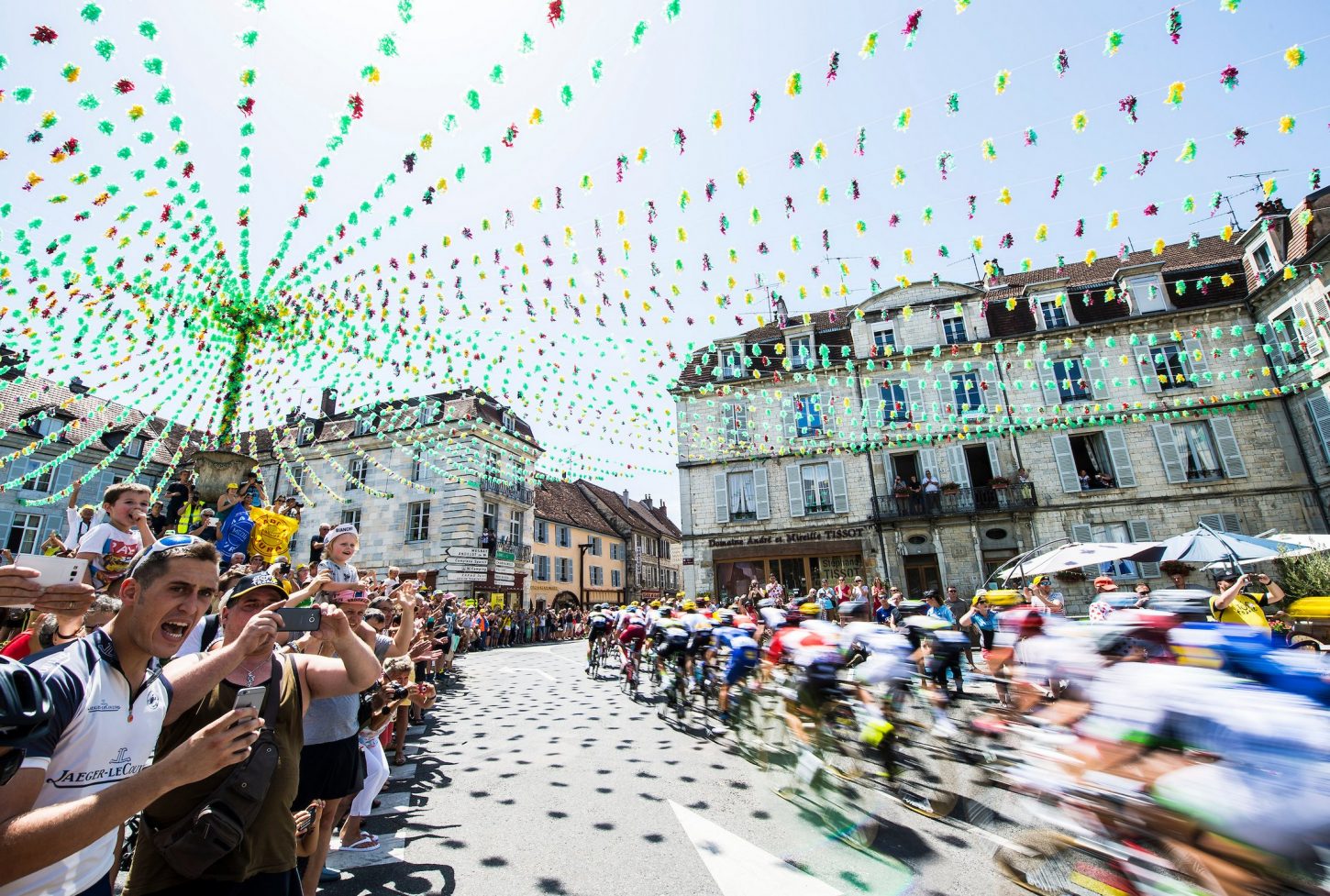 Is it possible to predict how individuals will perform before the teamwork begins? Research by former cyclist Hugh Trenchard and others suggests that the mathematics of pelotons– the groups and bunches that cyclists form during a race – could be key to understanding how cyclists behave as a collective entity.

While these collective dynamics may not tell us who will win the Tour de France, they do have broader applications to a variety of other biological systems. Here, Trenchard tells us more about his research, and how it might even provide some clues to the origin of life.

I began as a competitive cyclist in Canada in the late 1980s and competed at a Provincial level for a couple of decades. Doing that, you develop an intimate understanding of the connection between your own physical output and your positioning within a peloton. As a cyclist in a peloton, you become aware that you are not just an individual competitor among others but that you are part of a competitive whole, a bigger entity. Not only do you feel that global dynamic as you constantly adjust your position to those of cyclists around you, but you can see it from certain vantage points: watching the movements shift and patterns form is an amazing experience.

I soon became interested in what’s behind peloton formation, and after reading the book Complexity: The Emerging Science at the Edge of Order and Chaos, by Mitchell Waldrop (a physicist who is now a features editor at Nature), my interest in complex systems developed. This led me to think about the peloton as a system rather than just part of a bike race – a system with underlying principles that are universal in nature. Analogies had long been made that a peloton functions as a singular entity, but few rigorous connections exist between pelotons and system dynamics.

I started my own research, wrote some papers, went to a few conferences and built on the work. Since my foray into pelotons, thousands of race kilometers and a few peer-reviewed articles later, we now have a working model that quantifies some of the strange collective behavior that goes on in a peloton.

Controlling collective behavior in a peloton

Pelotons are groups of cyclists that form during mass-start races like the Tour de France. They can include as many as 200 cyclists, and they provide the group with energy-saving benefits. By riding behind others, cyclists can take advantage of reduced drag in the slipstream, a process called drafting.

To understand the collective behavior in a peloton, we studied video data from a race in a velodrome (an oval track), and modeled it with computer simulations. We identified two main phases – stretched and compact – that shift when there’s a change in power output, which translates as speed. Imagine turning a knob to control speed: turn it up and you get a stretched phase, where all the cyclists are lined up in single file; turn it back down and they bunch together. If you turn the speed dial too high, the peloton disintegrates, as you often see as competitors cycle up steep hills or sprint. And when a group splinters, cyclists tend to sort into smaller groups in which their maximal abilities are closer to each other.

This is nothing new; all cyclists talk about these phases. What’s new is that we have modeled these behaviors and simulated them using equations and computer algorithms. We can strip away all the human aspects of cycling – the psychological input, strategies, coaching from the sideline – and distill it all down to three basic physical principles that still explain, and to some extent predict, the behavior:

Applying the peloton principle to other areas

Once you have a set of physical principles that enable you to predict behavior to some degree of likelihood, you can start to apply them to other systems. Most obviously, the model would apply to any mass-start sport that involves drafting, such as cross-country skiing, speed skating and open water swimming. But there are less obvious applications wherever there is an energy saving principle involving a leader-follower dynamic, where the leader sets a course and the follower saves energy.

For example, biologists Dr. Shaun Killen at the University of Glasgow, UK, and Dr. Stefano Marras of the Institute for the Coastal Marine Environment at the National Research Council in Italy, recently found that there are some energy savings in a school of fish regardless of the positioning of the fish relative to each other. We’re now looking at how the peloton model might apply 360 degrees around the fish, and we hope to analyze how changes in schooling speed might affect phases and group sorting dynamics. You can imagine applying this to flocks and herds, penguin huddles, or sperm formations. Analyzing how these groups separate from one another could show how separation leads to speciation and niche formation.

Reaching further still, we’re interested in non-biological systems. Consider, for example, that drafting behavior has been shown to occur among inanimate particles. So, just as cyclists’ efforts dictate how they sort into smaller groups, it could be the case that the size of particles dictate how they sort, for example in sedimentary layers. If the adjustable parameter in a peloton is self-generated speed, it could be some external energy source for other systems, such as the heat from hydrothermal vents. What happens when you have a collection of organic molecules, like the so-called prebiotic soup that may have seeded life on earth, and generate the energy to sort in a certain way? Could such a sorting of prebiotic molecules give us some insight into the origin of life? It’s pretty “out there,” but it’s the kind of thing that peloton dynamics allows us to be imaginative about and question.

Can the model predict a winner?

Although this will help us understand even more about how pelotons – and other systems – function, it probably won’t help us predict a race winner, or indeed help someone win.

One reason it’s not clear that our model might help predict the winners is that cyclists engage a variety of tactics and strategies as teams and individuals that influence the position of individuals within the peloton; our model makes predictions about changing collective dynamics in which the positions of individuals are largely irrelevant to the global behavior of the group. Combining these strategies and tactics with unpredictable elements like crashes, sickness and crosswinds makes for a highly complex set of changing variables for which predicting winners is difficult.

It is possible to model all of these variables in addition to the basic factors we’ve identified, but it’s probably easier to predict the identity of winners based on their past performance than it is to look at the collective behavior of pelotons. Yet the collective behavior of pelotons, stripped of the very human motivations that make a race exciting, presents highly intriguing potential applications for a variety of other systems.