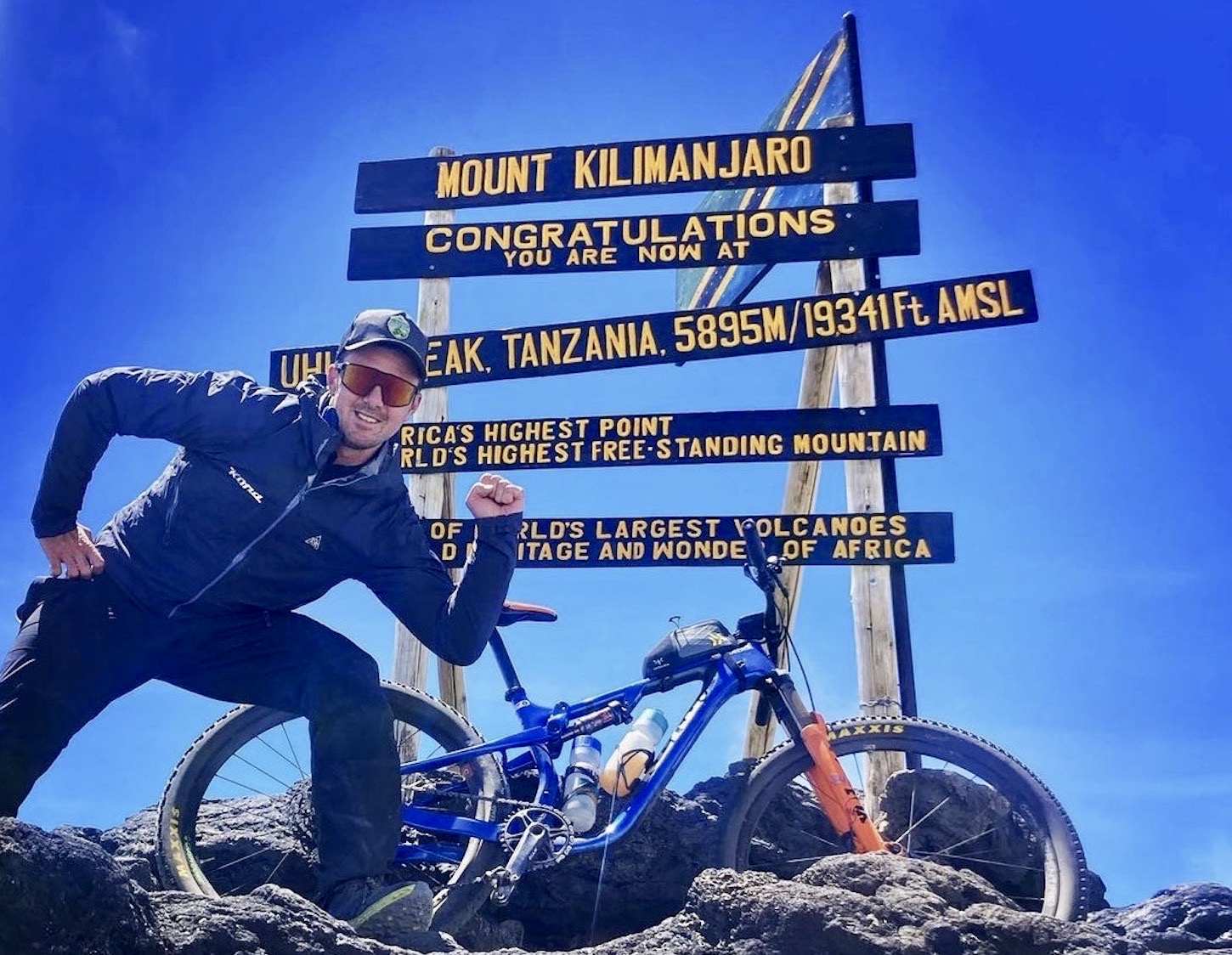 Canadian ultra-cyclist Cory Wallace set a new FTK (Fastest Time Known) record for riding up the world’s tallest freestanding mountain in Tanzania on January 26th, ascending from the park entrance (1,980m) to Uhuru Peak (5,898m) and back in 8 hours 55 minutes.

Wallace’s feat started on Tanzania’s Zanzibar Archipelago. From there, he bikepacked his way up and into the coastal African nation, steadily working his way towards the “Roof of Africa.

Wallace reached the summit of Kilimanjaro mostly by bike, although it does appear some hike-a-biking was involved nearer the volcano’s peak.

You can see Wallace’s summit ride on Strava, as well as his entire quest from sea to summit.

Additionally, while waiting out the first lockdown in Nepal, Wallace Everested in the shadow of Mount Everest itself. Just in the past few years, he’s also won 24Hour Solo World Championships, attempted to Everest in the Rocky Mountains outside his hometown and countless other smaller challenges.