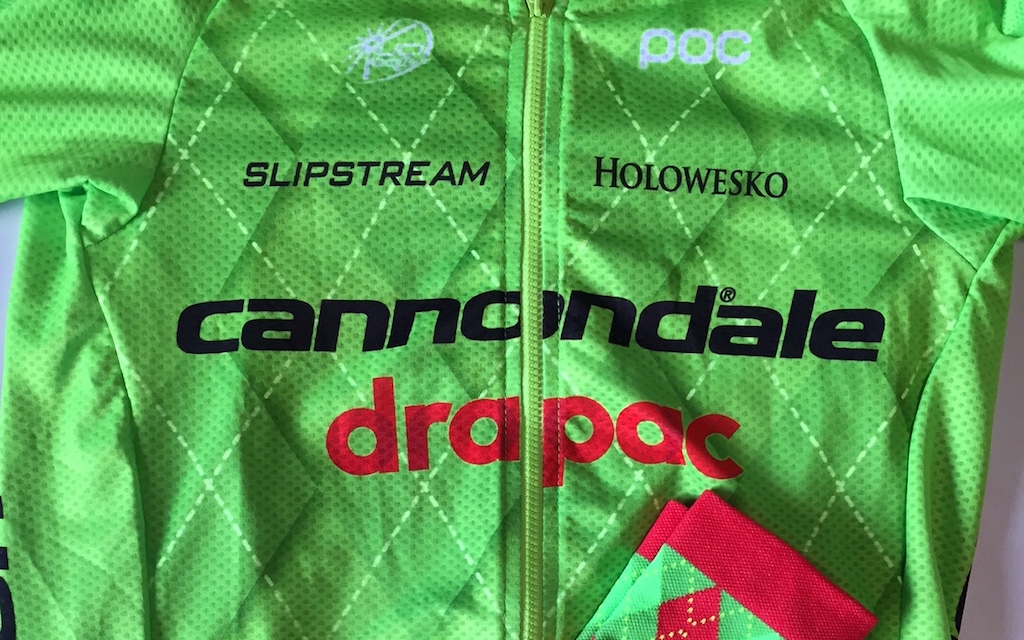 Just two weeks after notifying its riders and staff that they were released from their contracts, Slipstream Sports announced today, that it has secured a new title sponsor for its Cannondale-Drapac team for 2018 – the Sweden-based international education company – EF Education First.

The team will be known as EF Education First – Drapac powered by Cannondale.

EF Education First will be the first naming partner for the team, and the agreement secures the team’s future for at least three years. The exact monetary value of the sponsorship is not known. According to a Slipstream Sports representative, the long-term plans call for EF to eventually replace team co-owner Doug Ellis as an majority owner of Slipstream Sports. Ellis will remain with Slipstream as a board member and business strategist.

“We didn’t lose any more riders than most teams lose in a normal transfer season,” said Slipstream Sports CEO Jonathan Vaughters. “While I’m not in a position to comment on the full make-up of our squad for 2018, I’m excited to share plenty of contract news in the coming weeks.”

“We are honored to begin working alongside Slipstream Sports, Cannondale, Drapac, and all of the wonderful partners at Slipstream Sports to keep our cyclists riding into 2018 and for years to come,” said Edward Hult, CEO North America, EF Education First. “We were inspired to step in and become the team’s title partner and will become majority partner after learning about the #SaveArgyle campaign and witnessing the incredible outpouring of support from fans around the world.

“We have been moved by the powerful way that cycling unites people of diverse backgrounds in a peaceful, fun, and friendly way to achieve extraordinary athletic feats. It aligns perfectly with EF’s mission of opening the world through education and our commitment to bringing different cultures together.”

“Drapac’s focus is athlete education, athletes being healthy and whole, having options in life,” Vaughters said. “That’s what these guys at EF are all about. Education is what they do. They’re about breaking down cultural barriers and teaching people how to communicate. It’s a sponsor that feels socially relevant in this day as the world becomes increasingly global and communication among cultures becomes more critical. I think it also matches the ethos and the goofy nerdiness of Slipstream Sports. The guys at EF are goofy super nerds like Doug [Ellis] and I are. I couldn’t ask for a better fit.

Vaughters also credited the team’s many fans for stepping up and supporting the squad through an Indiegogo crowdfunding campaign, which raised over $538,365 USD, via 4415 backers, as of Friday night.

“This partnership would not have come off without the fan support,” Vaughters added. “That groundswell showed a level of engagement that enticed potential sponsors to step forward. The world we live in is all about engagement. It’s not about pure numbers. It’s about ‘are you really reaching your audience?’ and our crowdfunding proved that our fans are engaged — engaged all the way into their wallets. That’s incredibly special and humbling. That demonstrated to the world that this team is an entity that people love and support. We could not have gotten this deal had our fans not mobilized the way they did.”