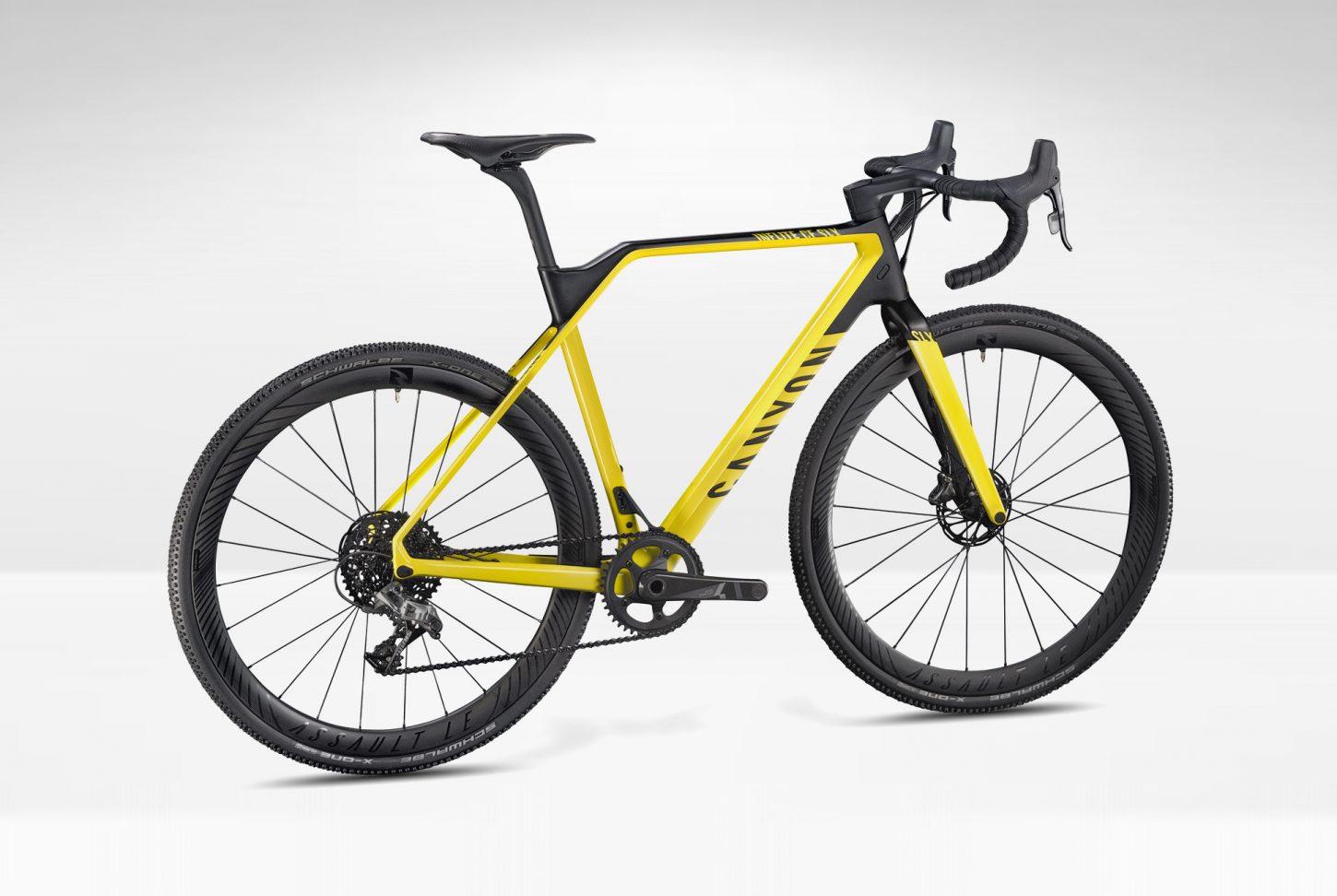 I recall four-time US cyclocross national champion, Jermey Powers, once saying to me in response to the whole gravel/adventure bike craze, “these bike are nothing new, it’s called a cyclocross bike.”

Powers and Canyon apparently think alike, as the German brand has launched a new range of cyclocross bikes called the Inflite CF SLX, which return to the fundamental principles of racing and riding both on and off road – courtesy of drop handlebars.

The new carbon Inflite draws heavily from the success of its alloy sibling, wherein Canyon was keen to carry over much of what they learned from their previous geometry, albeit with slightly more reach (15mm), a steeper headtube angle and a touch more offset for the fork, which they claim contributes to greater handling and stability while “diving” into fast corners and traversing technical terrain.

Yet, while the geometry has remained essentially the same, the Inflite CF SLX boasts an all-new “frame carrying” design, which Canyon says improves both comfort and the ability to better “shoulder” the bike.

Other features that punctuate the new Inflite CF SLX, are of course, direct mount hydraulic disc brakes, 12mm thru-axles and Canyon’s removable quick-release levers, an internal wedge-style seatpost clamp and a press fit bottom bracket, as well as compatibility with both 1X and 2X drivetrains.

The Inflite CF SLX will be available in eight sizes ranging from XXXS to XXL, while the two smallest sizes come equipped with 650B sizes wheels in order to avoid toe overlap.

As far as availability for the US market is concerned, us yanks will have to wait a bit, as Canyon is still in the process of setting up business on these shores.