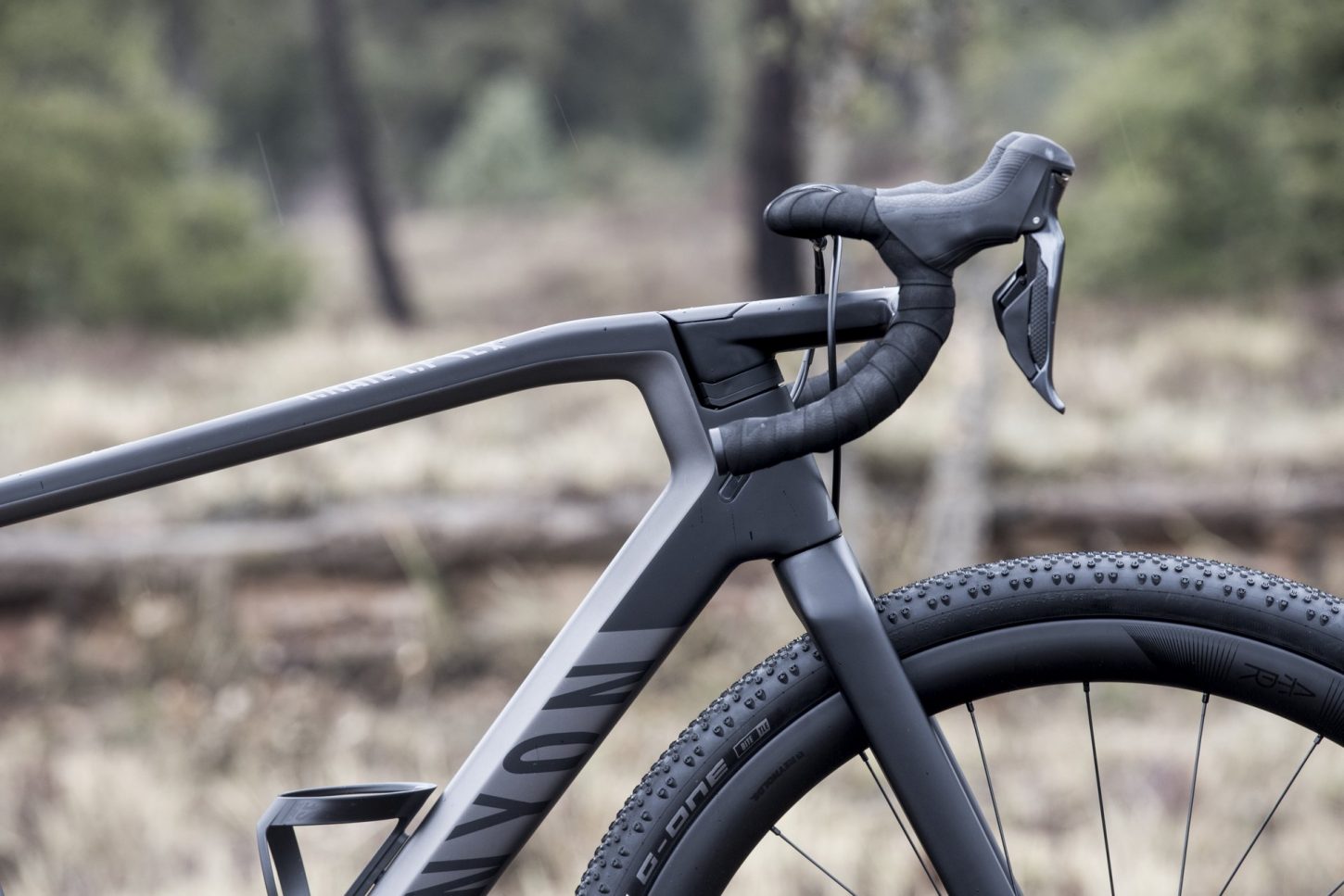 While Canyon has lifted the curtain on its latest gravel specific bike called the Grail CF, the real news here is the introduction of the German brand’s far-flung double-tier handlebar system called the Hover Bar.

The Hover Bar is an all-carbon one-piece bar that interfaces directly with the fork steerer and headtube, while the top tier connects at the junction of the lower drops.

According to Canyon, the design of the Hover Bar increases the amount of compliance over a conventional handlebar set-up by about seven times.

In addition, the company says the 7.5 degree flare to the bars, which starts below the levers, so that they are mounted vertically rather than being angled outwards, also improves ergonomics and comfort as well.

Hover Bar is the centerpiece of a three-way Hover System, designed to improve comfort across the key contact points. “We didn’t want to be constrained by what a handlebar should look like, just because that’s how it’s always been done,” says Heyder. “Instead, we wanted to create something specifically designed for the job.” Whatever your opinion on how the Hover Bar looks, credit goes to Canyon for a forward-thinking approach to bike design.”

Canyon says, the inspiration for the Hover Bar came after realizing the shortcomings of a conventional handlebar and stem design. “A traditional cockpit is stiffest on the tops, close to the stem interface, but most flexible on the drops, when it should be the other way around,” says Heyder.

Above and beyond its distinctive appearance, Canyon says the Hover Bar is also aimed at improving the rider’s control over the bike, whereby the intersection of the lower part of the bar is designed to offer a ‘locked in’ position for the hands, thus improving hand placement and stability over the roughest terrain, while the ends of the drops are D-shaped for better ergonomics. “The Hover Bar has been optimized so that no part of the handlebar is round,” adds Heyder.

The Hover System also comprises Canyon’s VCLS 2.0 leafspring seatpost, which they claim offers superior shock absorption, while the positioning of the seatpost clamp at the juncture of the seatstays improves vertical deflection by a reported 15%.

As far as the Grail CF as a bike is concerned, it represents Canyon’s first foray into the gravel bike segment, offering a number of new features over the company’s existing road models, such a revised carbon construction, a massive amount of clearance for tires up to 42mm and compatibility with a wide-range of electronic and mechanical groupsets, to include hydraulic disc brakes.