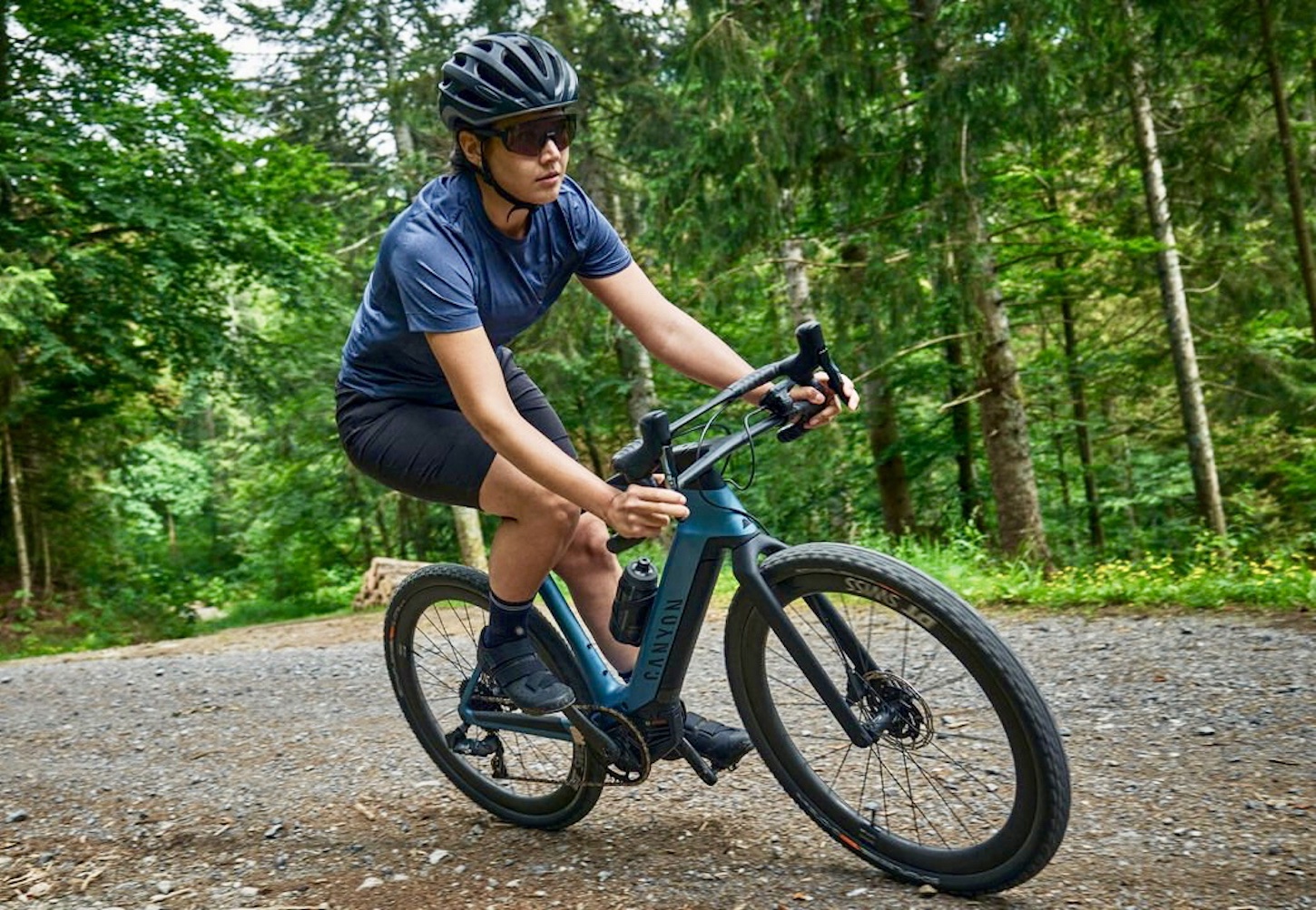 The new Grail:ON gets its power from a robust Bosch Performance Line CX Gen4 motor, which produces 85 Nm of torque and provides assistance for 340% of the rider’s input, while the 500Wh battery is nicely integrated into the frame to further lower the bike’s center of gravity.

The result is a seamless power transfer that can propel the Grail:ON to a maximum powered speed of 20 mph (32 km/h), which keeps the Grail:ON a Class 1 e-bike in the United States, wherein riders can hit higher speeds with additional pedal effort, but the motor won’t give any extra assistance past 20 mph.

“The Grail:ON also features a high-torque Bosch motor that provides the extra power needed to surge up the short, sharp climbs that are a typical feature of gravel riding. Conversely, the Endurace:ON’s low-torque Fazua motor provides more smooth background power, which puts the rider’s own physical performance at the forefront and avoids high-torque surges for a natural feel. And the Grail:ON features chunky 50 mm off-road tires and e-gravel specific rims, whereas the Endurace:ON’s e-road-specific 32 mm slick tires roll much faster on tarmac,” says Canyon.

In order to handle the increased load of the electric drivetrain, structural changes included extending the length of the chainstays by 15mm, while the stack-to-reach ratio was also tweaked to create a more upright riding position. To balance this out, Canyon added wider handlebars and shorter stems to ensure stable steering.

Power for the Grail:ON is delivered via Shimano’s GRX RX600/800 groupsets, while the upper models get SRAM’s Force eTap AXS HRD.

Grip comes courtesy of Schwalbe G-One Bite gravel tires and DT Swiss HG-series wheels, which can be set-up in either 700c or 650b sizes.