Cargo Cyclists are Essential for Many Cities 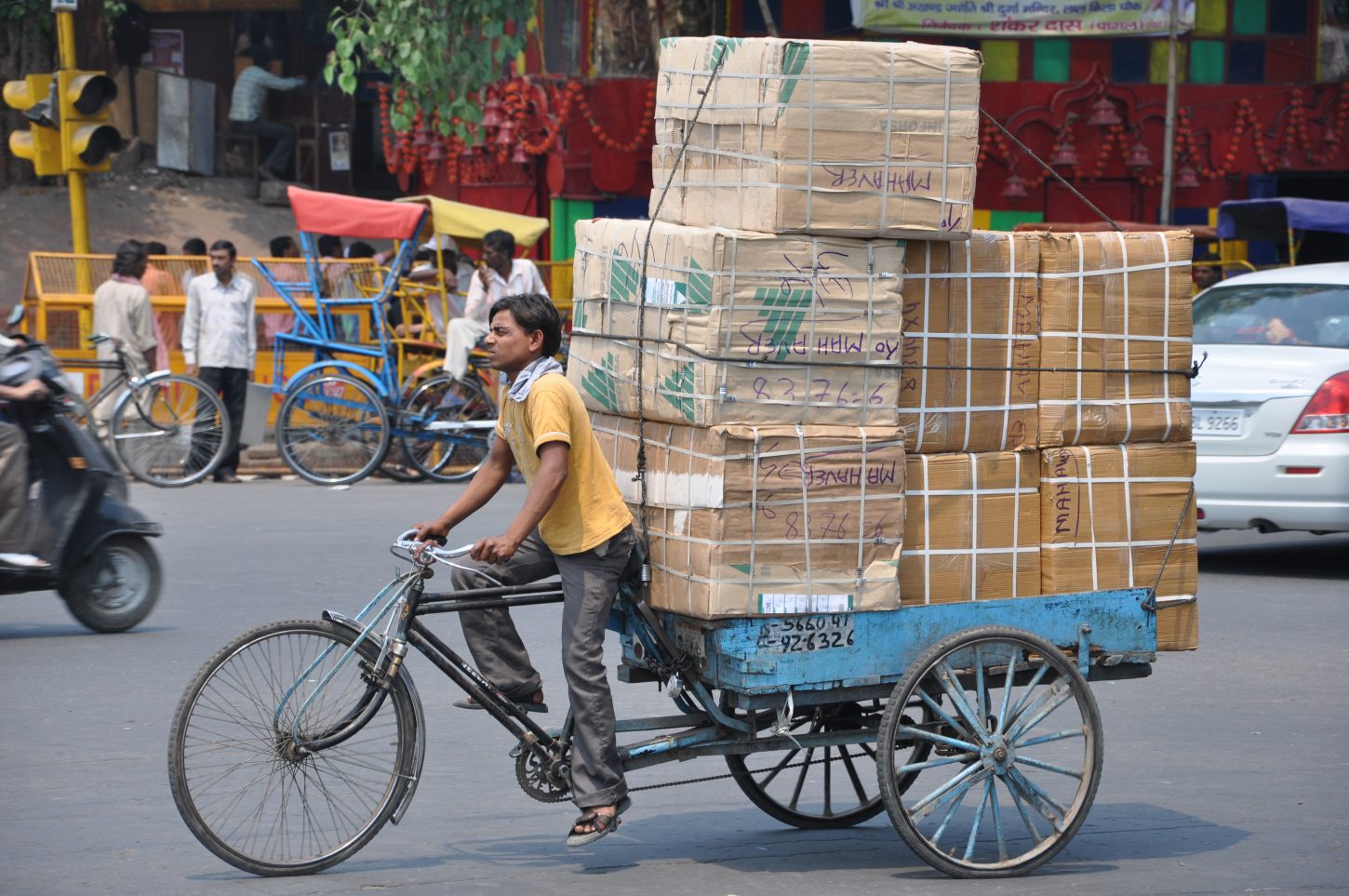 In cities, people use bicycles for far more than just commuting and recreation. For many people, riding a bike is not just a way to get to work; it is a livelihood necessity and helps sustain urban economies. And for people who rely on a bike to do their job, safe access to city roads is essential.

With increasing urban pollution and poverty around the world, we urgently need to think about how to plan new cities and redesign old cities to accommodate cycling’s varied uses.

Ever-increasing numbers of cars and other vehicles reduce the road space available to cyclists. Where the risks of collisions and injury are high, they are effectively excluded from traffic.

These workers are different from other riders who voluntarily indulge in slow cycling for leisure. Are city experts willing to consider slowness as an occupational necessity? Can traffic planners see how a working class of cargo cyclists helps set cities in motion every day?

My explorations of cargo cyclists in Kolkata, India, and postal and courier cyclists in Parramatta, Sydney, explore the relationship that cycling has with these cities. This work also shows what needs to change to support bicycle workers in our cities.

In Kolkata, cargo cyclists are central to the city’s informal economy. At dawn, the sounds of creaking bicycles fill the streets as heavily greased chains rotate and aluminium containers clank against one another. The riders balance newspapers, milk, gas cylinders and food on their bikes, which are often loaded with more than 150 kilograms of goods.

Later in the morning, the screeching tyres, engines and honking of buses, cars and motorbikes drown out the city’s cycle symphonies. In the afternoon and evening, when the traffic eases, cycle sounds once again resonate through the city’s streets.

Kolkata has one of the highest population densities in the world, with 14.3 million urban residents and is India’s second-most-polluted city.

The ratio of road space to the total city space in Kolkata is just 6% – the lowest in India. Despite a lack of cycling infrastructure and the hazards of crowded roads, the city records 1.68 million cyclists and 2.5 million cycle trips a day.

In the next decade India’s urban population is expected to double to 600 million people. This booming urbanization – and a growing middle class that wants to own cars – will add to the congestion and pollution. Although bicycles do not add to pollution, urban infrastructure is biased towards motorized traffic.

Unlike Kolkata’s cargo cyclists, Parramatta’s postal cyclists are almost noiseless, but they too have to contend with cars that often refuse to slow down, even on residential streets. The posties’ high-visibility yellow uniforms, measured pace and iconic flag poles distinguish them from the commuter cyclists who whizz by.

Beyond posties, a new set of working cyclists is emerging. As online delivery services like Uber Eats and Deliveroo grow in popularity, more cycling courier jobs are becoming available.

While some people tout the benefits of flexible employment, these cyclists continue to work in dangerous conditions on the roads. Just like other cargo cyclists in Australia and India, these gig economy riders have not received enough attention from policymakers.

Despite some efforts to encourage urban cycling, official prohibitions and structural roadblocks are widespread. In New South Wales, for instance, the state government has increased cycling penalties and tightened regulations – such as requiring riders to carry ID – in an attempt to curb safety problems.

In 2017, Kolkata, citing similar issues, prohibited cycling on 70 city roads (despite nonexistent cycle lanes). Here, the traffic police continue to fine cyclists. Corrupt authorities skim money from the penalties and distribute it among themselves.

The need for parking space in both cities means the roadside is sacrificed to permanent parking zones. This ensures that cyclists do not have access to safe roadside space.

These limitations help explain why bicycle trips account for only around 1% of all travel in Australia, despite cycling being the country’s third-most-popular recreational activity. While the Australian government wants to double cycling participation, rates in Sydney remain lower than both the national and NSW averages.

Speed is not the only factor that drives cities into motion. Cargo cycling as a response to inadequate infrastructure and poor policy tells us why seemingly very different cities – which have little in common geographically or economically – share the same cycling issues.

By paying attention to cargo cyclists, we can begin to plan our cities in ways that recognize and enhance the environmental and economic benefits they deliver.

Provided by: The Conversation