Cars Overwhelmingly Cause Bike Accidents and the Law Should Reflect That 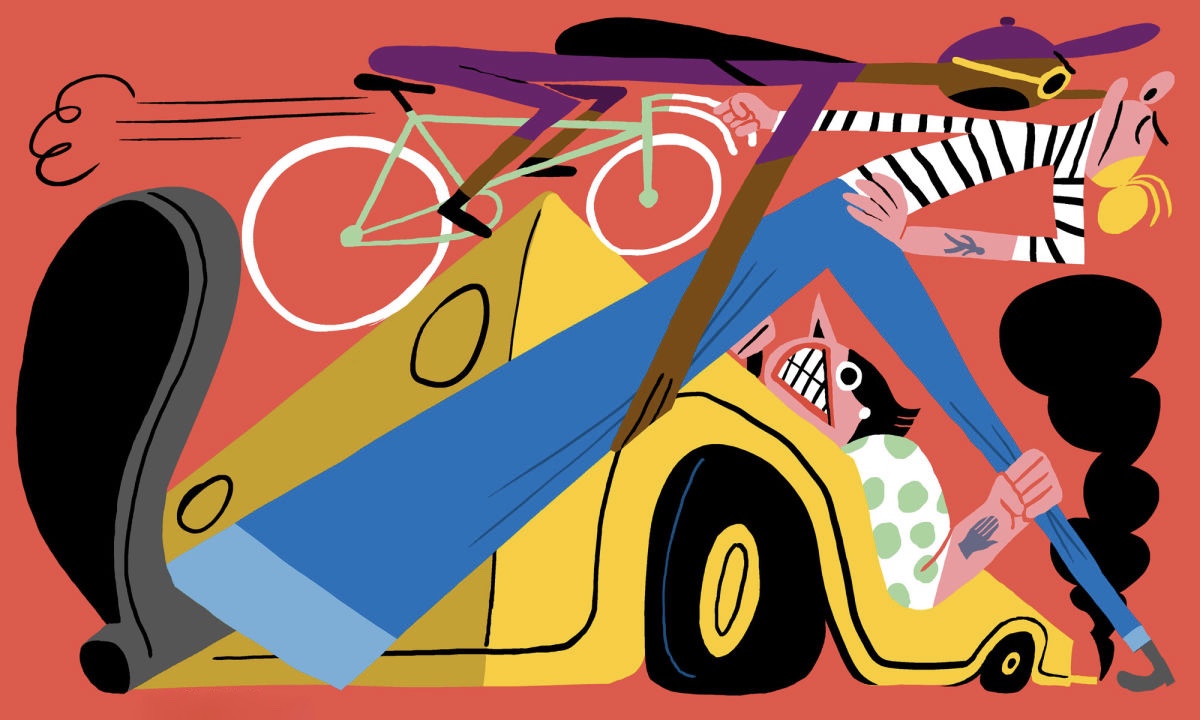 On a Thursday morning in June 1817, the prolific inventor Karl Drais took his Laufmaschine (running machine) for a 13 kilometer spin along the banks of the Rhine.

The voyage on the wooden bike, not dissimilar to a modern toddler’s balance bike, lasted just under an hour. The early bicycle sparked an immediate craze, and later versions became a symbol of freedom for workers and women.

Two hundred years after their invention, bicycles are widely recognized as an effective tool to combat physical and mental health problems, reduce congestion on urban roads and improve the quality of the environment.

However, cycling participation in some countries across the world is stagnating. This is mainly because of concerns about safety. For example in the cycling-centric South Australia, a recent report published by Australia’s equivalent of the USA’s Automobile Association of America (AAA),  found that in the vast majority of crashes were caused by motorists, and not the cyclists.

To keep our cyclists safe, it may be time to adopt the approach of many European nations by introducing legislation that, in civil cases, presumes that car drivers caused a collision unless there is evidence to the contrary.

Shifting the burden of proof to drivers – who must prove they didn’t cause a crash – has been highly successful in other nations, along with other measures, in keeping cyclists safer and reducing accidents.

Despite a significant reduction in road deaths in countries across the world over the past few decades, recent data points to a steady increase in serious injuries among vulnerable road users, especially cyclists.

For instance, according to a report that was published in Australia last week, police data revealed that four out of in every five accidents involving motorists and cyclists were caused by negligent drivers.

Similarly, camera footage also evidenced that drivers were responsible in 87% of all cases involving a collision with a cyclist, wherein the a vast majority of crashes occur at intersections.

The presumption of liability

Previous road safety lessons, like the successful seatbelt campaign, tell us education and infrastructure only work in combination with strong regulations. However, legislation in the area of cycling safety is inadequate and puts an unfair burden on cyclists.

In many countries, if a vehicle collides with a bicycle, the cyclist must make a case against the motorist’s insurance company in order to make a claim for lost/damaged property, while an injured cyclist must take his or her case to a civil court.

Surely the burden of proof should shift onto the more powerful road user, especially given that the research suggests they are more likely to be the one at fault.

To do so, we need a presumed liability law that protects vulnerable road users. Similar laws have been introduced in Canada and in many European countries, including the Netherlands, Germany, Denmark and France. Under these laws, sometimes also referred to as “reverse onus” or “strict liability” laws, drivers must prove that a collision with a cyclist or a pedestrian was not their fault.

These laws affect civil cases only and do not remove the presumption of innocence. In criminal law, drivers in collisions with vulnerable road users remain innocent until proven guilty. It’s also not about always blaming motorists; for example, if a cyclist ran a red light and caused a collision, they would obviously be at fault and would not receive compensation.

A universal adaptation of these laws would mean that cyclists were more likely to be fairly compensated in the event of a crash. More importantly, such laws would encourage motorists to take extra care when driving alongside vulnerable road users. In many European nations presumed liability, which was originally introduced to reduce traffic crashes, is widely believed to be a key component of encouraging safer cycling.

A presumed liability law would encourage the full range of health, environmental and social benefits of cycling, and keep the spirit of Drais’s original Laufmaschine alive.

However, the law alone is not sufficient. Better cycling infrastructure, reduced speed limits in residential areas, and improved education for drivers and cyclists are all needed to keep our roads safe for everyone.