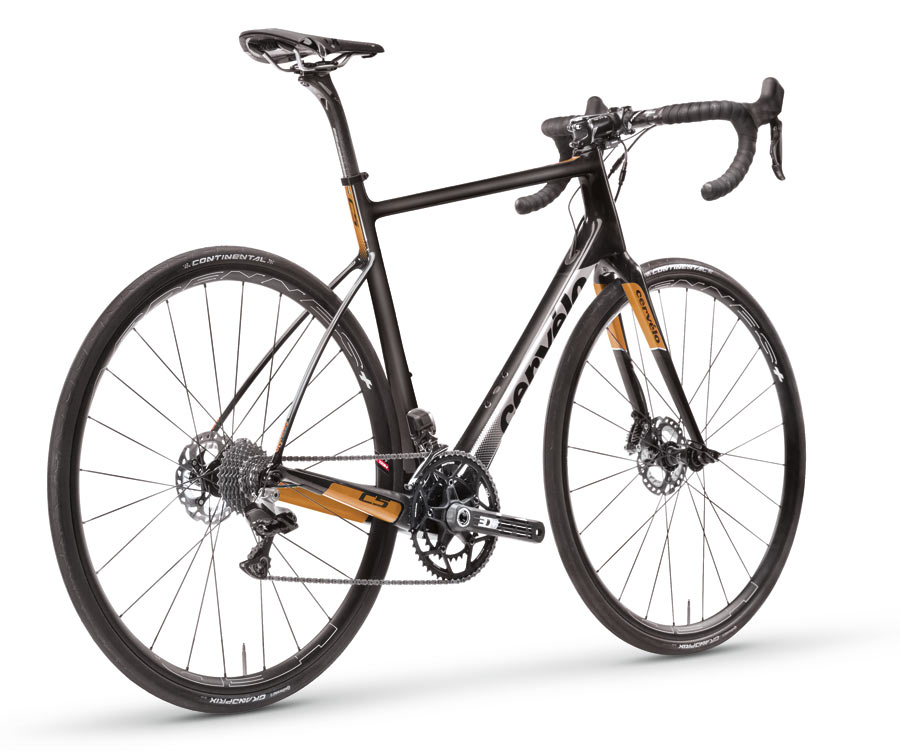 15 Dec 2015
By Gianni Pericolo - In LATEST ARTICLES, THE DOUBLE DIAMOND

Cervelo announced today, it’s stepping into the “endurance cycling” arena with the launch of its new C Series range of road bikes.

With the explosive growth of the endurance, gravel, sportive, adventure, and any other adjective that has been used to describe the current trend seeing roadies leaving the tarmac in favor of the off-road, it’s clear Cervelo wanted to expand its image as a company that only offered race inspired bikes, with the launch of its new C Series.

In addition, the C Series not only claims to be Cervelo’s very first foray into the endurance segment, but they represent some of the brand’s lightest carbon bikes ever – with the range topping C5’s frame tipping the scales at a scant 850g.

According to Cervelo, the C Series is designed to offer the “sweet spot between an aggressive racing bike and the so-called gravel grinders – delivering the perfect bike for those who are in fit for the long haul, but don’t want to wrestle with a heavy and lumbering touring, gravel or cyclocross bike.”

“Experienced ex-racers, high-mileage club and charity riders, backroad explorers, fit lifers who run marathons on weekends and think nothing of commuting 20 miles by bike… All of these riders will benefit from our decades of engineering expertise and experience.”

The C Series is comprised of two models, the C5 as previously mentioned, along with the C3. Both models share the same features in terms of carbon frame construction, with the C3 receiving a bit more material lay-up, at the cost of a slight increase in weight. However, it’s the conponentry and wheelsets that truly differentiate the two.

But, what really distinguishes C Series apart from the rest of Cervelo’s range of road bikes, are features such as a lower bottom bracket for an improved lower center of gravity and stability, a slacker head tube angle, longer chain stays, a longer fork with a 53mm offset, which provides more stack height without increasing the length of the head tube and a slightly shorter reach – all in the name of a more relaxed, comfortable geometry.

Additionally, Cervelo claims they’ve been able to boost stiffness for the C Series by 25%, by using a single-piece rear triangle and wider seat stay placement.

Expect to see the C Series become available next month.

Cervelo has always pushed high-performance cycling to new heights, and is now taking it to new surfaces and seasons with the launch of the C Series platform. The inaugural model, the C5, is designed to inspire confidence through a new endurance fit that delivers predictable, stable handling. It combines the exceptional lightness and appropriate stiffness engineered into every Cervelo – including an all-carbon fork from the pioneering Project California team – with a uniquely integrated disc-braking system.