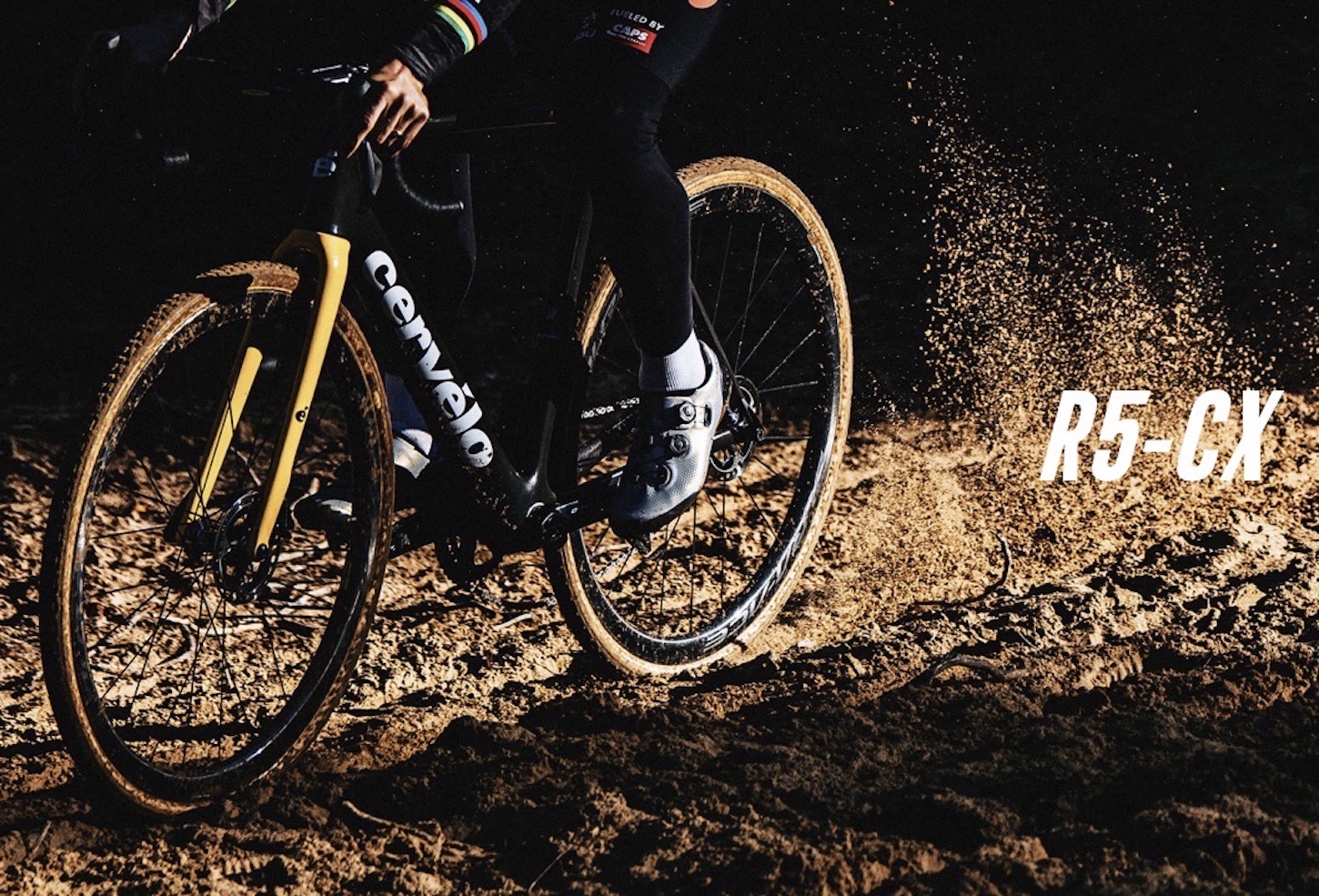 A former US cyclocross champion once said to me, “gravel bikes have been around a lot longer than people think, they’re called cyclocross bikes”.

Perhaps, sentiment like that was enough to make the folks at Cervélo realize all that glitters is not gravel, prompting the brand to revisit the cyclocross segment with the launch of its first-ever R5-CX cyclocross model.

“The R5-CX draws much of its performance and design from the R5 [road bike], but with some key differences,” says Cervelo. “The handling and fit are unique to this model, and based on Wout and Marianne’s input. Down low, the bottom bracket’s about 11mm higher than the R5 to speed up handling and assist in clearing obstacles. Oh, and that bottom bracket is threaded into the frame.“

“BBRight’s shape and size help us build lighter and stiffer bike frames in general, but for a bike that’s going to be power washed and have the bottom bracket removed at least a few times a week, a threaded interface is just more durable. We’ve kept the asymmetric cups of BBRight, but threaded them into a T47-sized hole. While this is a unique-to-us implementation, it uses a standard inboard and outboard T47 cup, so replacement parts should be no problem,” adds Cervelo.

Interestingly, the R5-CX frame is only compatible electronic drivetrains, with all hoses and wires being routed internally, resulting in what Cervélo describes as “gobs of clearance for gobs of mud”.

Other features that distinguish the R5-CX include a D-shaped seatpost and of course hydraulic, flat-mount disc-brakes.

Details are still scarce, but according to Cervélo, the R5-CX won’t be available until summer 2022, with complete bikes being offered in sizes 51, 54, 56, and 58cm.

Pricing is yet to be announced.