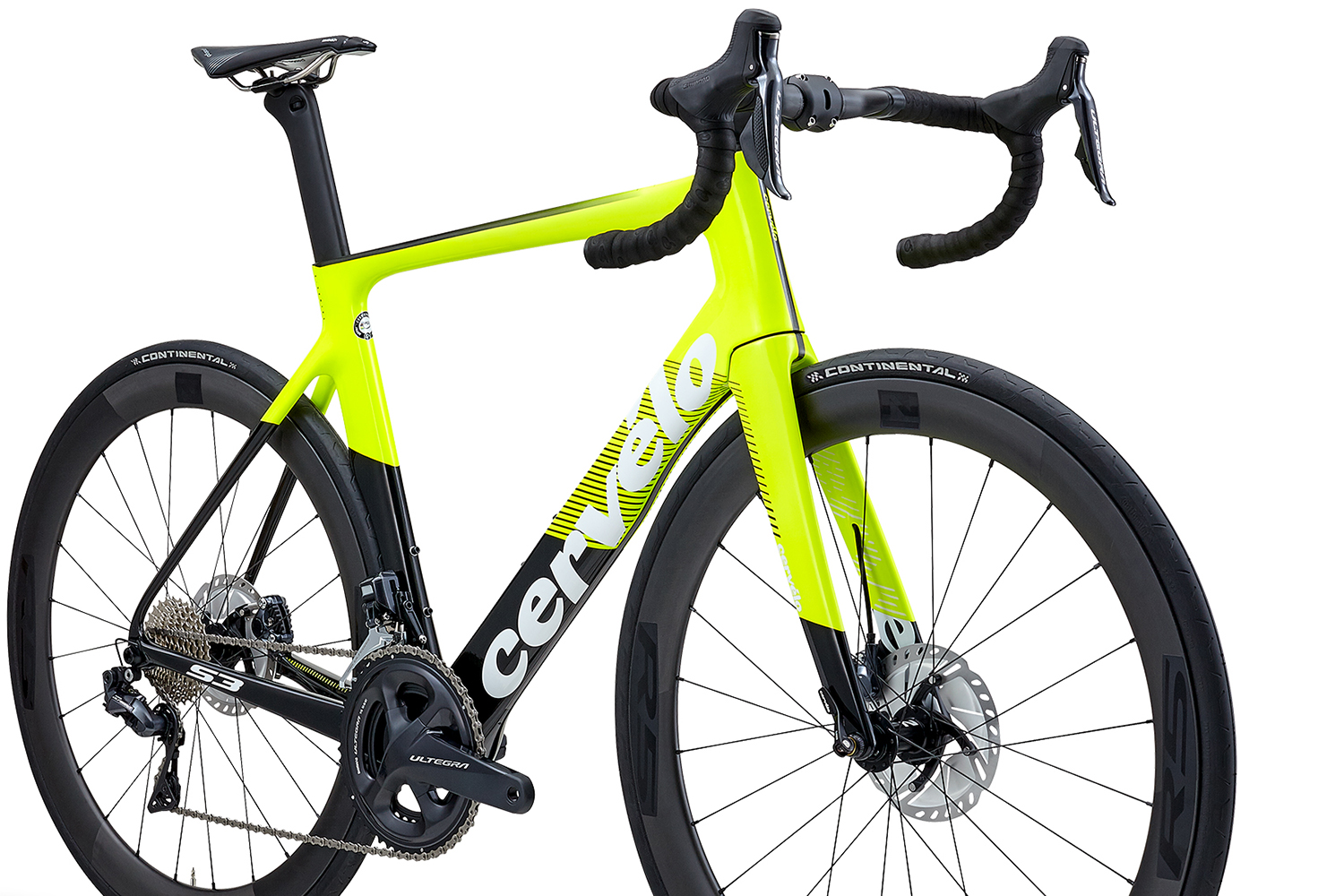 While Cervélo has made bold claims that the S5 is capable of shaving-off 5 watts over its predecessor, the new S3 posits to surpass that figure with a staggering 13 watts off the previous S3 Disc and 7 watts off of the caliper brake version.

Cervélo says they were able to accomplish this in large part due to the bike’s newly shaped tube profiles, full internal cable routing and a more streamlined relationship between the frame’s fork and downtube.

Like the more expensive S5, the S3 also benefits from a little weigh reduction (68 grams), along with an updated fork, modular stem and handlebar combination, as well as integrated cabling that neatly routes through the bike’s front end.

Cervélo was also keen this time around to make provisions for mechanical shift cables to be nicely housed inside the frame.

Like the S5, the S3 also features a 1 1/4″ to 1 3/8″ tapered fork steerer, a BBRight bottom bracket, a proprietary aero carbon seatpost with a hidden clamp and a series of water bottle bosses on the downtube for precise positioning of one’s bidon.

Unlike the S5 that comes equipped with disc brakes only, there’s a caliper brake version of the S3 available, which relies on direct mount brakes and quick-release levers and drop-outs, while the disc brake version gets 12mm thru-axles and flat mount disc brakes.

According to Cervélo, the S3 can be purchased as a frameset only for $4200, with rim brake models equipped with Shimano’s mechanical Ultegra groupset and DT Swiss wheels for $5000, or an Ultegra Di2 bike with deep-section Novatec carbon wheels for $6500.

For the disc brake models, there’s also a mechanical Ultegra equipped bike with DT Swiss wheels for $5500, along with an Ultegra Di2 version with the same Novatec carbon wheels that jumps to $7200.

You can learn more about the new S3 by visiting Cervélo’s website here.