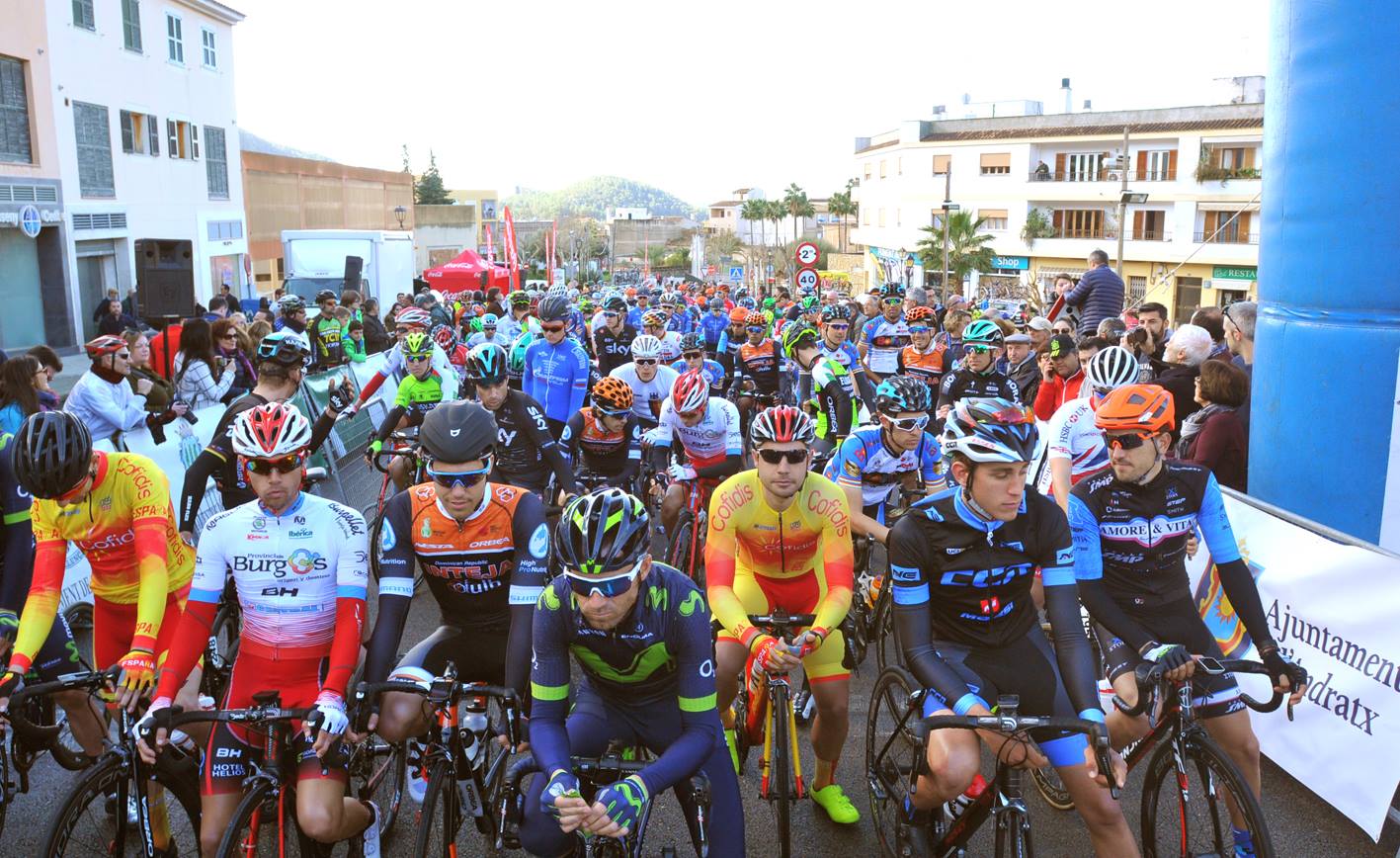 Lotto-Soudal’s Tim Wellens made it back-to-back victories in this year’s Challenge Mallorca series, after following up on his Friday win at the Trofeo Serra de Tramuntana by winning yesterday’s Trofeo Andratx – Mirador des Colomer.

Wellens surged during the final climb of the day, to beat Movistar’s Alejandro Valverde, while Tiesj Benoot rounded out the podium in third place.

Yesterday’s win not only gave Wellen his second victory in the series, but increased Lotto Soudal’s tally to three after André Greipel claimed the opening race of the Trofeo Porreres.

“I really hadn’t expected this. It was the plan that I would attack at the bottom of the climb and would go over my limit, so the others would need to do that too. Afterwards Tiesj Benoot and Louis Vervaeke had to attack. Just like yesterday our team took control of the race. After the Puig Major Bart De Clercq and Tomasz Marczynski attacked. We wanted to isolate Alejandro Valverde and that was a success. Frederik Frison brought us in the perfect position to the bottom of the climb and then I attacked. This was once again a team performance. Everyone contributed to this victory”, said Wellens.

“It’s wonderful to beat Valverde on such a finish. In the sprint he would have been faster. I find this second win even more beautiful than the one of yesterday because there was more tension. I won’t race tomorrow, but I might go and cheer for the boys to conquer that fourth victory!”, added Wellens.

From there, the escapees went on to establish an advantage of almost five minutes over the main field.

However, a determined peloton eventually reeled the breakaway group in with 50 kilometers still remaining.

Gazprom-Rusvelo’s Sergey Firsanov was the first rider to attack from there, but to no avail. Team Sky’s Christian Knees and Jonathan Dibben followed with a subsequent attack, with the duo quickly opening up a slight gap over the peloton.

Once again a determined peloton eventually reined in the two escapees with 5 kilometers to go.

Wellens then struck-out along the final climb of the Mirador des Colomer, rounding the last corner with a lead of several bike lengths ahead of Valverde to seize the victory.