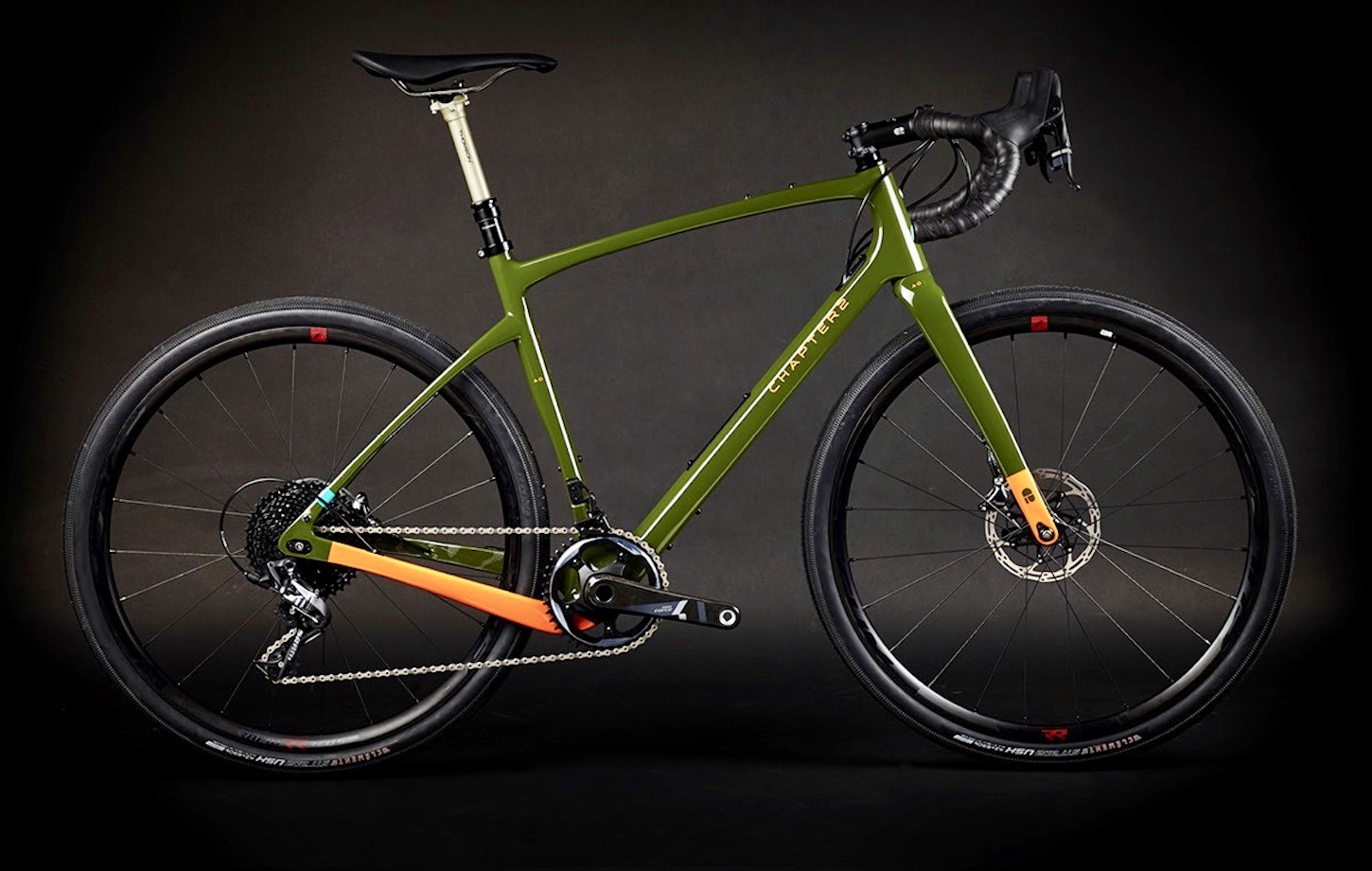 For whatever reason, we haven’t dedicated much ink to Chapter2, so news of the New Zealand brand’s latest AO gravel/adventure bike seemed like a good place to start.

According to Chapter2, the AO represents the company’s first foray into the ever-burgeoning gravel/adventure bike segment, which involved no fewer than 18 months of testing and development before its launch.

The AO name is derived from the Polynesian word Māori, which means earth. And, given its multi-role assignment, the bike has been designed to provide copious amounts of clearance – enough to accommodate tires up to 30mm.

To accomplish this, Chapter2 developed adjustable dropouts that allow the length of the chainstays to be adjusted up to 15mm in 7.5mm increments, allowing the rider to adapt the AO to a wide range of riding styles and terrain.

To further bolster its off-road capabilities, the AO has been given a host of features like a plethora of bottle mounts (5) and a dropper seatpost, as well as rack, mudguard and bento box eyelets galore. The frame can also accommodate both 1x and 2x drivetrains, along with Chapter2’s own specially designed chain guide for the former.

The frameset itself comprises a blend of Toray T700 and T800 carbon fiber with 3k uni-directional used in the headtube and bottom bracket for added stiffness, resulting in a frame weight that tips the scales at a respectable 1,040g in a size medium and 427g for the fork with an uncut steerer tube.

Other features that highlight the AO are an external threaded bottom bracket, flat-mount disc brakes with 12mm thru-axles and internal cable routing.

The new AO is available in five sizes and two colorways, which sells as a frameset for $2,699.

You can learn more at www.chapter2bikes.com