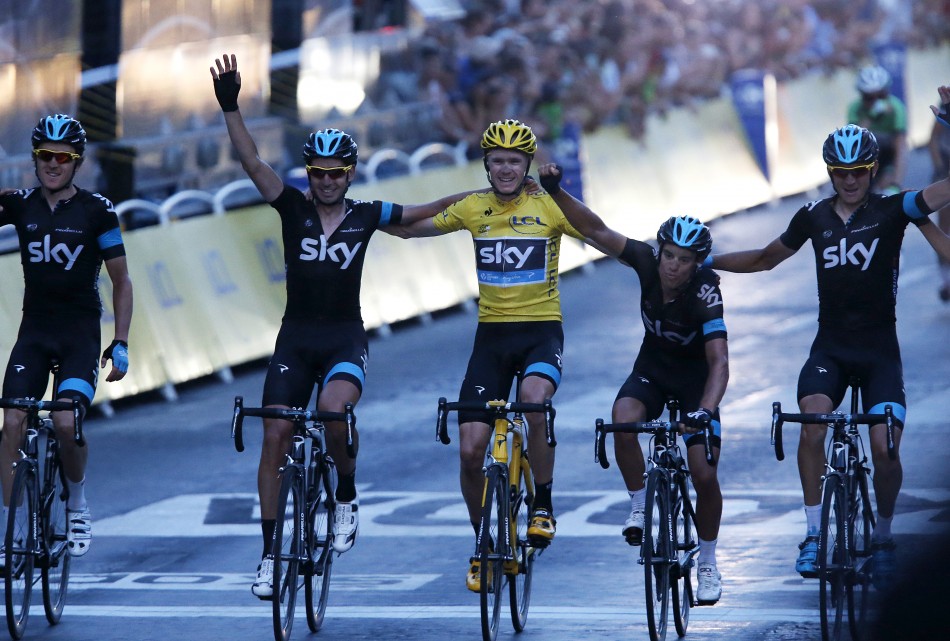 12 Jan 2016
By Gianni Pericolo - In LATEST ARTICLES, THE GREAT RACE

Chris Froome announced today, that he has chosen to extend his contract with Team Sky to the end of 2018.

Speaking at the team’s training camp in Mallorca Dave Brailsford, Team Principal said:“Chris is not only one of the most talented and dedicated riders in the world, he is also a fantastic ambassador for the sport. Team Sky is proud to have him as our team leader. He is a winner and it is a great boost at the start of the new season that he has committed to stay with the Team to the end of 2018. He is hungry for more success and we will help him achieve it.”

On the extension of his deal Chris Froome said: “Team Sky have been fundamental to my success to date, so it was a very easy decision to commit to the Team until the end of 2018. Their values are my values and I am proud to ride for a team that has shown that you can win the biggest bike races in the world clean. 2015 was a fantastic year for me both professional and personally and this is a great kick start to 2016. I am more motivated than I have ever been and I have got big targets for this Olympic year. I can’t wait to start racing.”

Team Sky has set out its ambitions for 2016

“Last year we set out our 2020 Vision. At its heart lies the goal to become indisputably and consistently the greatest cycling team in the world – and to be viewed as one of the best sports teams in the world, said Brailsford.

“By 2020, when we look back on the decade, we want Team Sky to be seen as the most consistent and successful Grand Tour team as well as one that is regularly winning Classics. 2015 was a good year and I am proud of what we achieved together but our appetite for success has never been greater.

“Our focus is always on continuous improvement and what we can do better. We must challenge ourselves every day to push harder for more success in 2016 on and off the bike – and I believe that we have the team that can deliver that. It is a really strong group of riders with the best talent from Britain and abroad. Their different strengths give us real depth and more options”, added Brailsford.