Chris Froome Hit by Car While on Training Ride 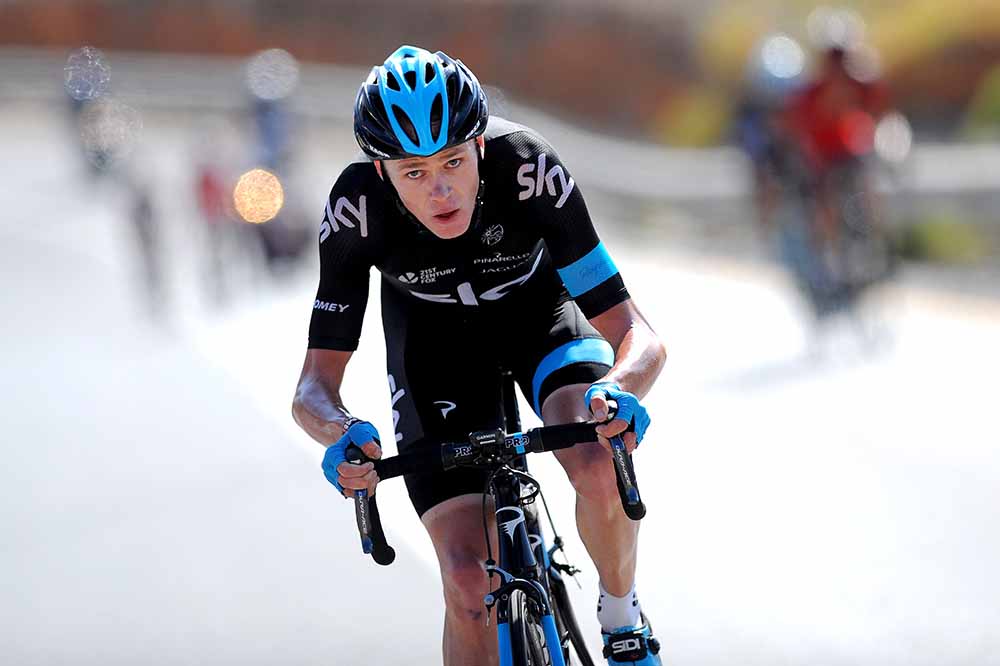 Chris Froome reported today, that he was the victim of a hit-and-run crash, after being struck by a car while out on a training ride.

While the Tour de France champion escaped unhurt, his bike was destroyed in the crash.

Following the incident, Froome posted an image of his mangled bike on Twitter, saying he had been deliberately knocked off by the driver.

The Team Sky rider said he was “okay” after the incident that happened during a training ride near his home in the south of France.

“Just got rammed on purpose by an impatient driver who followed me onto the pavement! Thankfully I’m okay. Bike totaled. Driver kept going!”, said Froome, adding an emoji of hands clasped in prayer.

Team Sky reported that Froome continued his training session after returning home to get a spare bike.

Froome is training for June’s Criterium du Dauphine, his familiar warm-up event before the Tour de France between July 1-23. He is favorite to win the event for a third successive year.

The incident was just another reminder of the continued perils faced by professional cyclists on the road during training rides.

It occurred less than three weeks since the death of 37-year-old Michele Scarponi, the former Giro d’Italia winner, who was struck by a van while training in Italy.

His team, Astana, described the death of Scarponi, a husband and father of two, as a ‘tragedy too big to be written’.