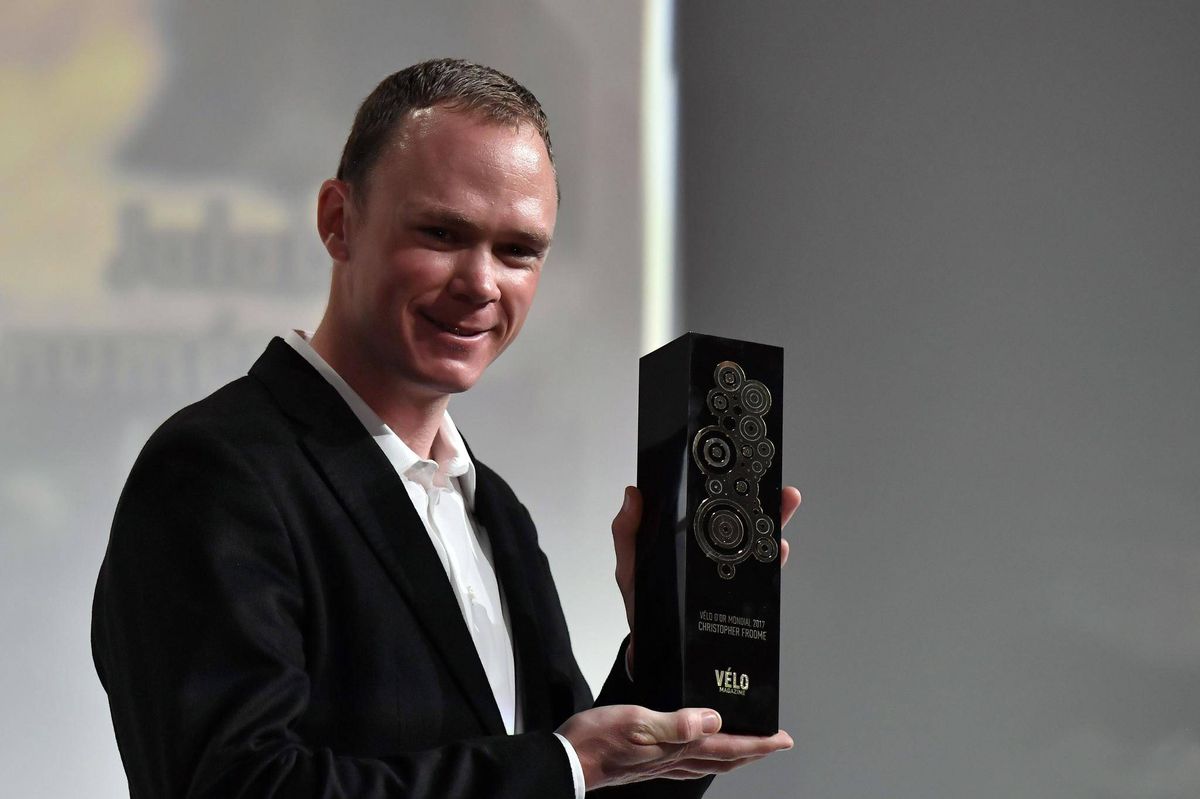 Chris Froome was awarded the coveted Velo d’Or for the third time today.

2017 was an especially successful year for Froome, after he claimed his fourth consecutive Tour de France victory, followed by a triumph in the Vuelta a Espana – marking a historic Grand Tour Double for the British rider.

“It’s a great honor to have this trophy and I want to thank everybody who voted for me,” said Froome. “It was a fantastic year, I will remember it all my life. It was a special season, and I have to thank a lot of people.”

The ten nominees for the Velo d’Or are chosen by a panel of journalists from France’s Velo magazine, wherein eighteen judges, representing eighteen countries, elect the winner.

Froome’s previous wins came in 2013 and 2015., while he was runner-up to World Champion Peter Sagan last year.