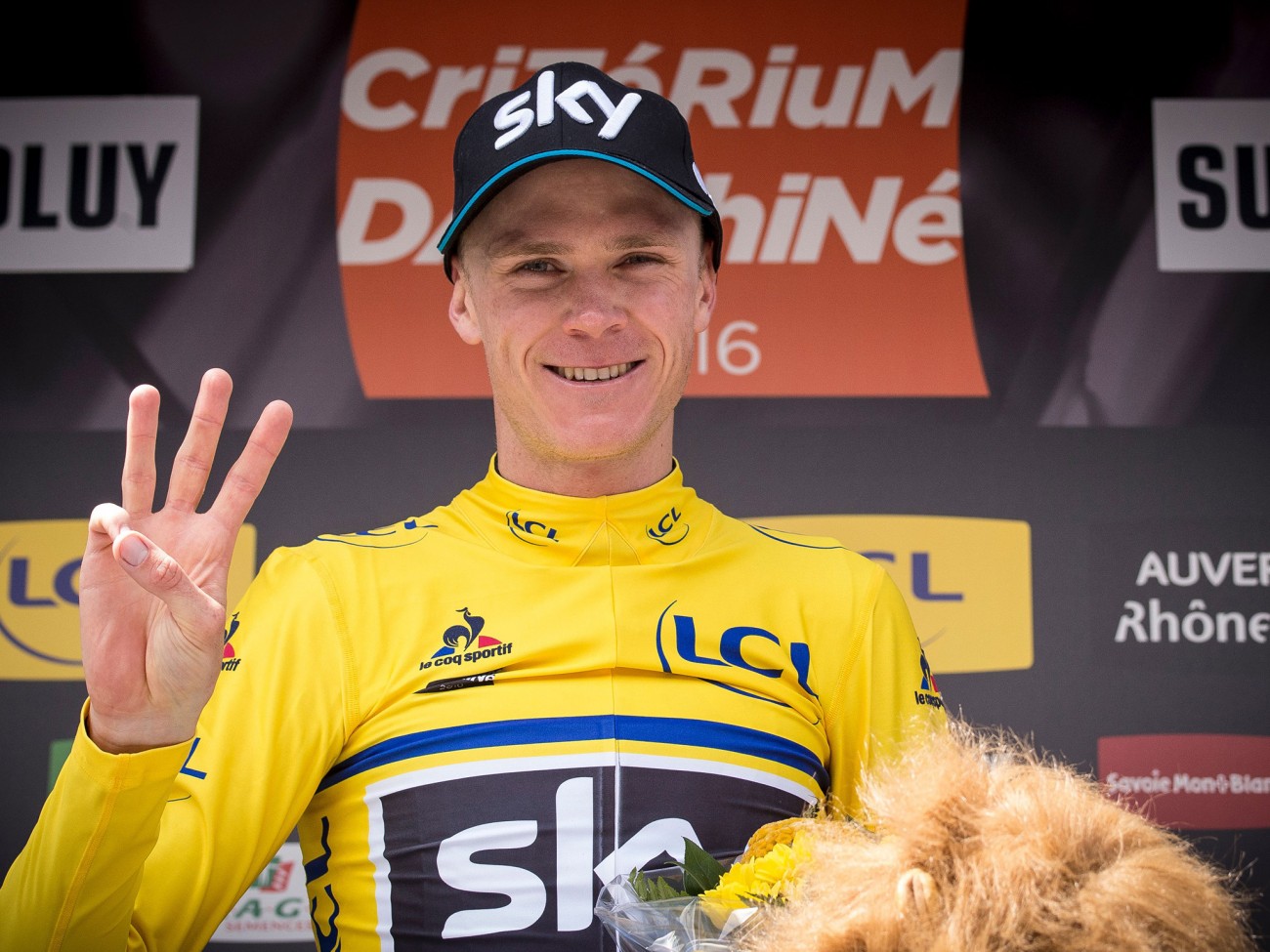 In an ongoing effort to prove that a “clean” cyclist can not only win the Tour de France, but he can do so three times in-a-row, Team Sky  published Chris Froome’s physiological data today – showing that the British rider once again claimed this year’s French Grand Tour “cleanly”.

Published in the in Medicine & Science in Sports & Exercise, the report features the main physiological characteristics that played a large part in the three-time Tour de France winner’s success.

For example, Froome’s peak oxygen uptake (VO2peak) and peak power output (PPO) were among the characteristics considered key to determining the performance of an elite endurance cyclist. These were calculated from data collected in a maximal aerobic test.

In this case, peak oxygen uptake was defined as the highest 30-second average recorded in an incremental ramp test, yielding such results as 5.91 L min-1 (84 mL kg-1 min-1) and PPO was 525W.

Power output at 4 mmol L-1 lactate was also measured as this correlates with an effort of around one hour – a key level of effort for a Tour de France contender.

As far as Froome’s PPO is concerned, the data showed higher results when the British rider was performing during hot and humid (HH) conditions, versus ambient conditions (429.6W compared to 419W).

Gross efficiency (GE) was another significant factor that was looked at, in which case, effort was measured by the percentage of total energy expended that produces external power.

For Froome, it was found to be 23% and 23.6% for ambient and HH conditions respectively and the study authors noted that while this was not unusually high in itself, it was unusual for it to be allied to such a high VO2peak.

Here’s more data from the Abstract:

Results: V[Combining Dot Above]O2peak and PPO were 5.91 L[middle dot]min-1 (84 mL[middle dot]kg-1[middle dot]min-1) and 525 W respectively, whilst mean GE was 23.0% and 23.6% for ambient and HH conditions respectively. In addition to superior GE, power output at 4 mmol[middle dot]L-1 lactate was higher in HH vs. ambient conditions (429.6 W vs. 419.0 W) supporting anecdotal reports from the participant of good performance in the heat. Peak core and skin temperature, sweat rate and electrolyte content were higher in HH conditions. Body fat percentage was 9.5%, whilst total fat mass, lean mass and bone mineral content were 6.7, 61.5 and 2.8 kg respectively.

Conclusion: The aerobic physiology and peak power output values indentified are amongst the highest reported for professional road cyclists. Notably, the participant displayed both a high V[Combining Dot Above]O2peak and GE, which is uncommon amongst elite cyclists, and may be a contributing factor to their success in elite cycling. Additionally, performance in HH conditions was strong, suggesting effective thermoregulatory physiology. In summary, this is the first study to report physiological characteristics of a multiple Tour de France champion in close to peak condition and suggests what may be the prerequisite physiological and thermoregulatory capacities for success at this level.

This is an open-access article distributed under the terms of the Creative Commons Attribution-Non Commercial-No Derivatives License 4.0 (CCBY-NC-ND), where it is permissible to download and share the work provided it is properly cited. The work cannot be changed in any way or used commercially.