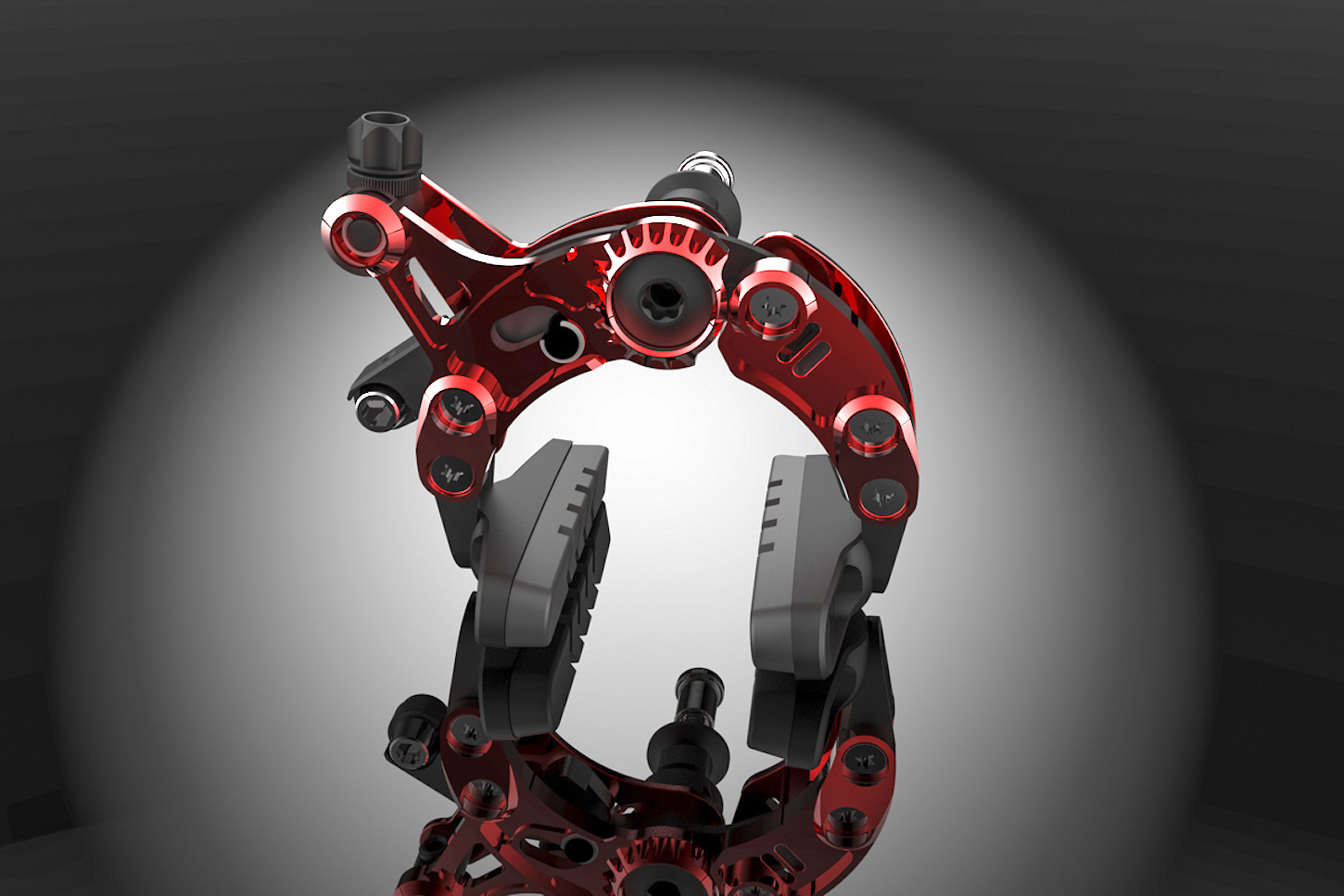 Having owned a couple of pairs of lightweight CNC’d aluminum Ciamillo brakesets back in the day (they were called Zero Gravity at the time), it’s nice to see the brand not only reemerge in the last year, but continue to offer innovative brakesets in both aluminum and carbon fiber.

As a follow-up to last year’s launch of the Lekki8 carbon fiber brakeset, Ciamillo has introduced a similar design called the G20, albeit in aluminum.

The G20’s design borrows heavily from the Lekki8, relying on the same single-bolt, dual pivot mechanism.

However, the use of aluminum drops the price significantly, which will likely result in only a marginal weight gain over its more expensive composite sibling.

Details on the new G20 are still scant, as things are still in the production phase. But, according to Ciamillo, the brakeset will make its debut sometime in early 2020 with two models being offered – the standard version for $290 and the SL version that will feature full titanium hardware for $350.