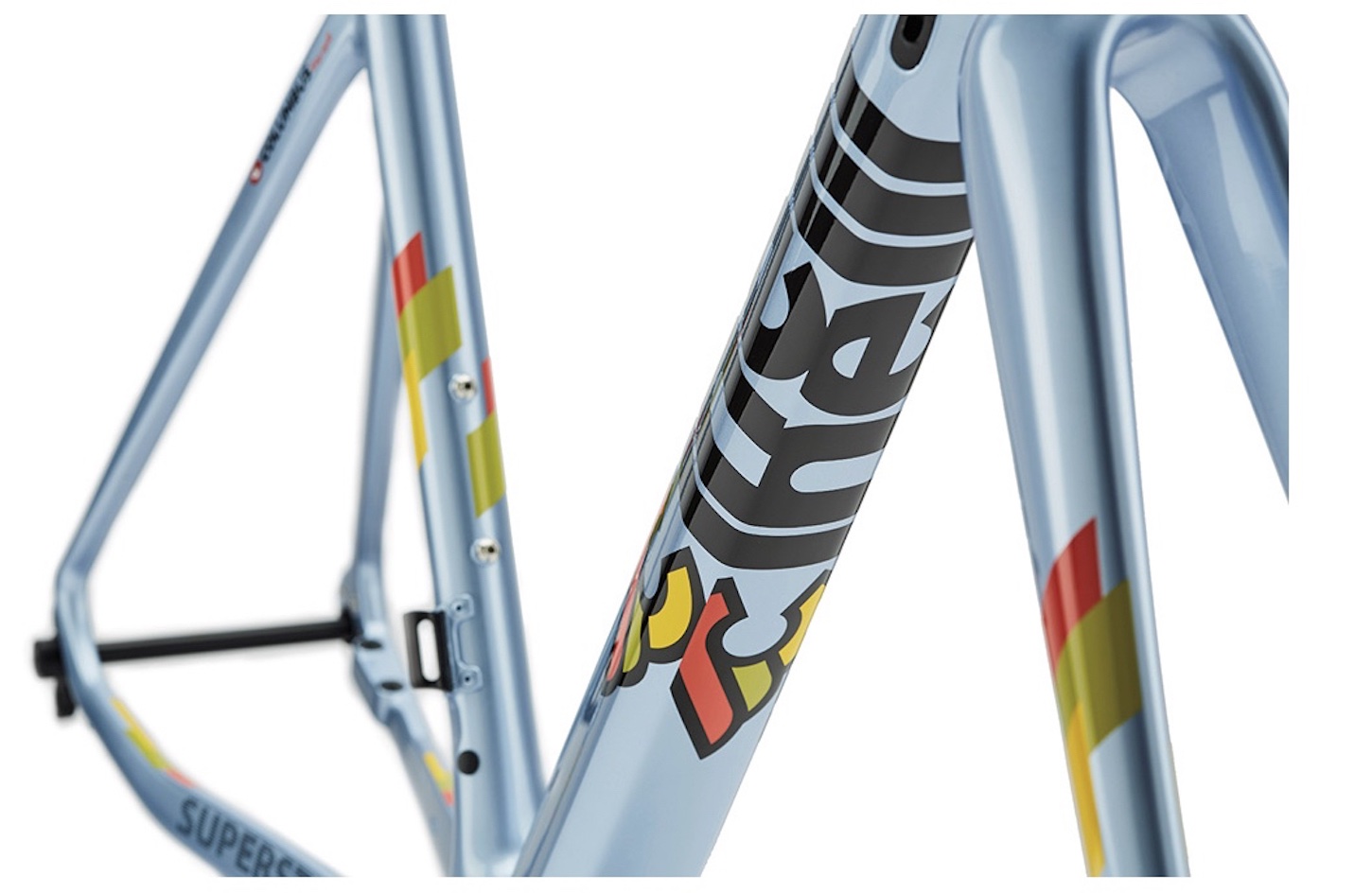 It had been quite awhile since I last experienced anything exciting hail from the folks at Cinelli in the way of a new carbon road bike, which led me to think over the years that everyone in Milan had been sitting on their culos all this time. That’s before I encountered the Italian brand’s most recent road models during last weekend’s Philadelphia Bike Expo, the Superstar and Veltrix.

However, after learning that both bikes had launched more than a year ago, it left me thinking that perhaps it was I who had been sitting on his culo, as last I knew Cinelli was still offering the same-old framesets going back almost a decade, save for a new paint scheme here and there.

In any case, being an inveterate euro-geek and lover of the magical cloth called carbon fiber, I was immediately drawn to both models when I happened upon them at the expo. Not only did Cinelli’s wonderful approach to design, style and their usual, inimitable use of color get my Ragù flowing, but the bikes plotted equally impressive geometry as well.

The Superstar represents Cinelli’s premier all-around road bike that features a monocoque construction, its parent company’s Columbus Futura fork and 86.5 PressFit bottom bracket, which yields a frame weight that tips the scales at less than 900g. That’s quite impressive for a frameset that retails for under $1500.

Additionally, the Superstar utilizes internal PU Molds in the headtube and bottom bracket during the carbon curing process. Cinelli claims this technique not only increases optimal compression, but also lowers the amount of resin needed. Thus, greatly reducing the possibility of air being trapped in the carbon during the fabrication process and guaranteeing minimal residue within the housing walls themselves.

The Superstar also features a unique bowed toptube where it meets the junction of the headtube, which according to Cinelli allows for enhanced “controlled deformation” whenever the frame is subjected to strong vertical or horizontal forces caused by rough terrain such as potholes, poorly surfaced roads etc. Moreover, this unique profile also claims to ensure that the headtube and fork remain in place under said road conditions, resulting in greater control and predictability when traversing bad tarmac.

Other features that punctuate the Superstar are full internal cable routing that’s compatible with both electronic and mechanical shifting, and enough clearance for tires up to 28mm.

There’s also a disc model, which makes use of front and rear flat-mount hydraulic disc brakes capable of accommodating rotors up to 160mm, with 12x142mm / L167mm and 12x100mm /L119mm thru-axle spacing respectively.

“The Superstar is Cinelli’s cutting-edge carbon fiber re-interpretation of the mythical Italian stage-racing bicycle that is the brand’s heritage and DNA.”

“Unlike other brands who each year offer bicycles with ever increasingly narrow scope of use, Cinelli, when developing the Superstar, obsessed over the way in which the inherent qualities of carbon fiber and its manufacturing processes could be employed to produce an aggressively contemporary version of the legendary versatility of the Italian Grand Tour ride quality i.e. the intelligent balance of low-weight, aggressive handling over highly varied terrain and long-distance riding comfort.

To this end, the Superstar not only adheres to a traditional Italian racing geometry (72,5° headtube, 415mm chainstays), but is also characterized by”, says Cinelli.

The Superstar is available in five sizes ranging from XS to XL, which can be purchased as either a frameset or a compete bike equipped with Shimano’s 105 groupset.

The Veltrix is Cinelli’s entry level carbon road bike, but one can quickly glean that there’s nothing entry level about it.

Like its more costly sibling, the Veltrix also features full internal cable routing that’s compatible with both electronic and mechanical shifting, as well as tire clearance up to 28mm, while a traditional thread 68mm BSA bottom bracket performs crank duties.

Not surprisingly, there’s also a hydraulic disc brake version, which follows similar specs as the Superstar.

The Veltrix is also available in five sizes ranging from XS to XL, which follows a very similar geometry as the Superstar.

Additionally, the Veltrix can be purchased as both a complete bike that comes equipped with a Shimano 105 groupset, along with various and sundry Cinelli cockpit pieces including a Vision wheelset for $2,700 for the disc version and $2,250 for the caliper brake version, or as a frameset  for $1,200 for the disc brake variant and $1000 for the caliper model.

You can learn more about the Superstar and Veltrix by visiting Cinelli’s websites below.