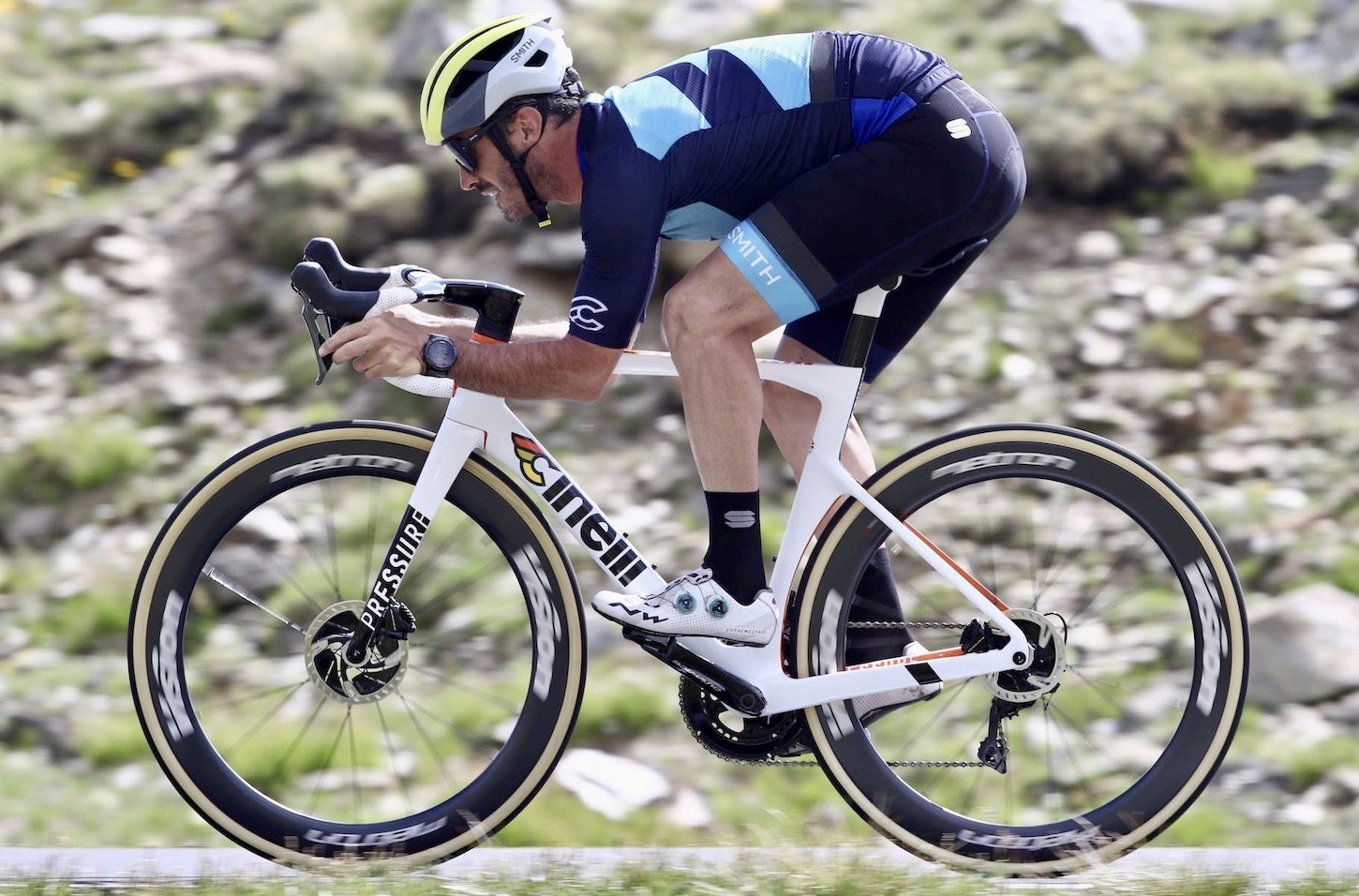 It’s been quite awhile since enthusiasts have been treated to a new carbon road bike from the folks at Cinelli, which has left many roadies wondering if the powers that be at the iconic Italian brand’s headquarters in Milan have been sitting on their culos all of this time. Well, the wonder might be over now that Cinelli has lifted the curtains on its latest disc brake, aero road bike called the Pressure.

As the term aero implies, the Pressure is all about cheating the wind as evidenced by the bike’s dropped seatstays, sculptured seattube, low-profile headtube and a new integrated fork crown – topped off by a seatpost that’s been designed to further slice through the air.

Not surprisingly, clearance has also been increased on the Pressure, which can now accommodate tires up to 30mm.

All in, Cinelli says the Pressure tips the scales at 990g for a medium size frame, while the fork weighs in at 390g.

The Pressure is available in a number of different builds such as SRAM Red eTap AXS, as well as Shimano Dura Ace Di2 and both electronic and mechanical versions of Ultegra.

The Pressure can also be purchased as a frameset only.

You can more about pricing and availability for the new Pressure by visiting Cinelli’s website here.