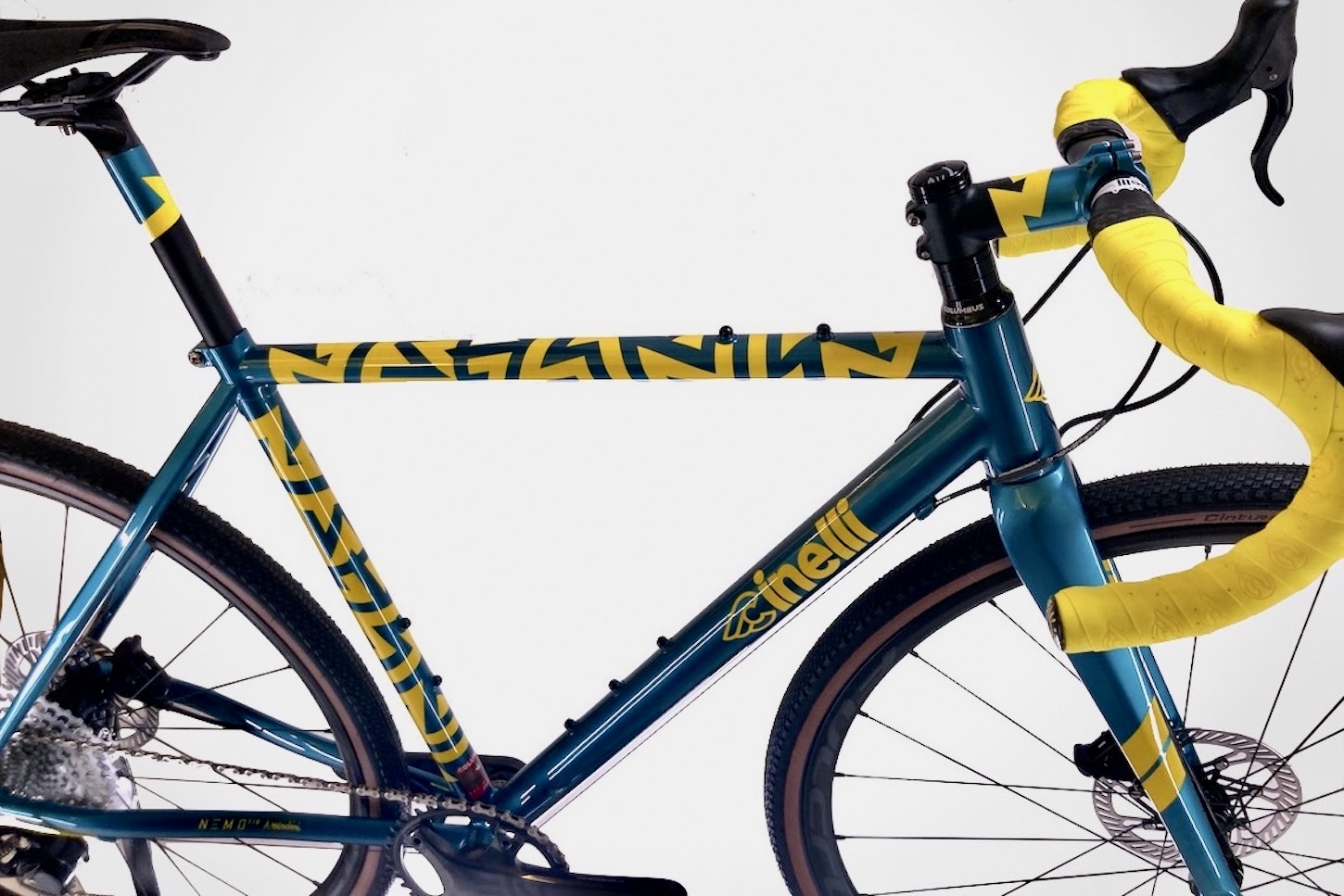 Cinelli has partnered with designer Alessandro Mendini to create a one-off version of its NEMO gravel bike, complete with a geometric paint scheme that adorns the frame, fork, stem and seatpost in the Italian artist’s inimitable style.

“Alessandro believed in the hybridization of the arts and this led him to radical design, neo-modern architecture, and a calligraphic, coloristic, symbolic, romantic and problematic approach to design,” adds Cinelli.

Mendini is credited for being one of the leading protagonists in Italy’s radical design movement during the 1960s, mixing cultures and forms of expression, from graphics, furniture, paintings and literature as both a designer and an architect.

Not surprisingly, the special edition NEMO is made with Columbus Spirit HSS tubing that’s equipped in all manner of Italian componentry such as  a Campagnolo Ekar groupset, Fulcrum Rapid Red 500 wheels, Pirelli Cinturato tires and a San Marco Shortfit Dynamic Wide saddle.

The bike will go on display this month at the Antonio Colombo Arte Contemporanea gallery in Milan, the city where Mendini was born.

After that, the bike heads to London for a showing at the Rouleur Live bike show.