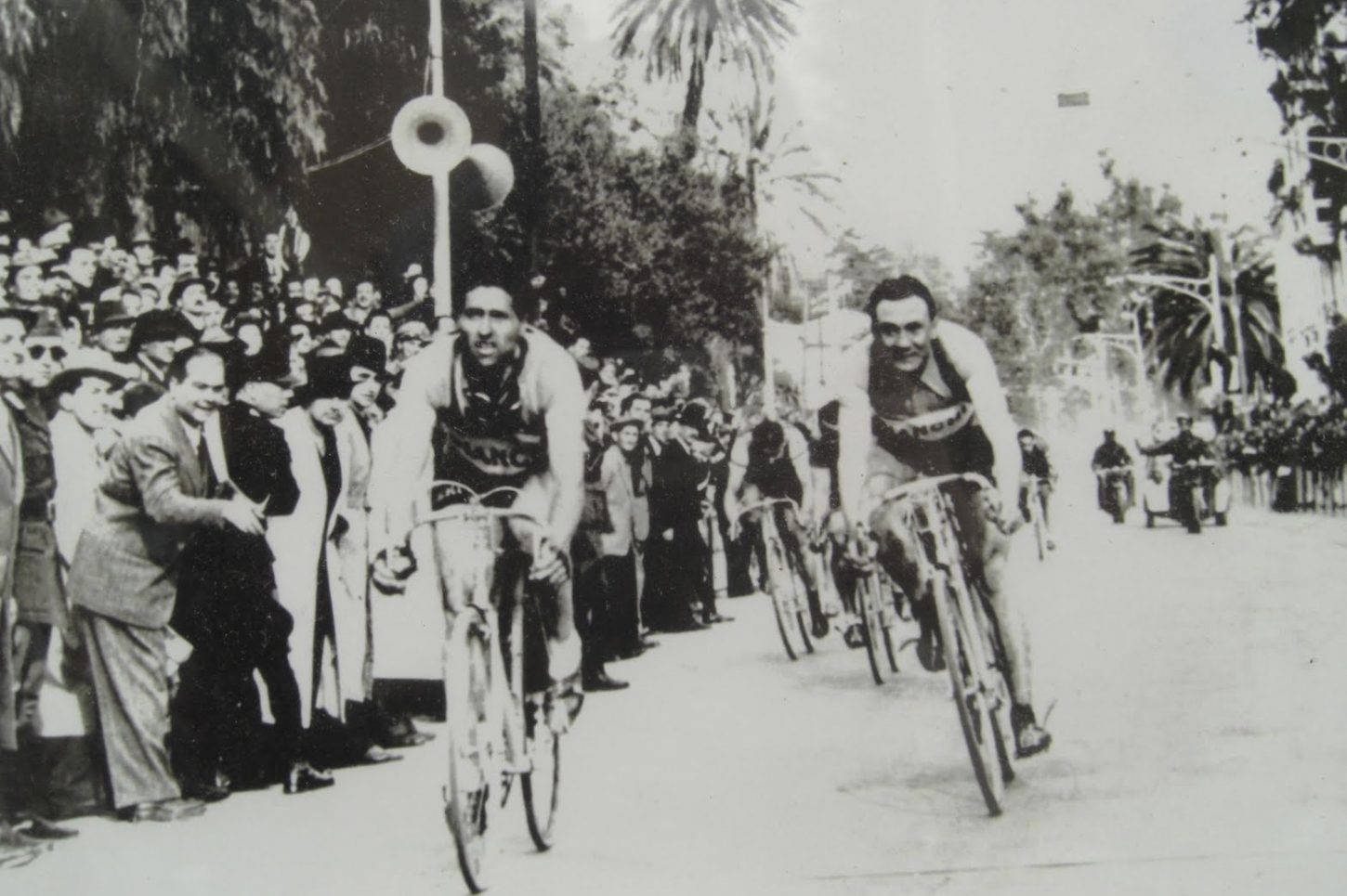 Despite having won such prestigious events as the Giro di Lombardia and the Milan–San Remo Classic, not to mention a host of other notable races in and around his native Italy, Cinelli’s career as a professional cyclist is all but a footnote in the annals of professional cycling.

In fact, the average hipster cyclist these days likely knows the Cinelli name only because the bike he or she is riding bears the insignia.

However, before launching a bike company under his namesake that would go on to prosper for more than half a century, Cinelli ranked up an impressive palmarès during his relatively brief racing career, claiming victories in some of the most prominent races of his day such as the Giro dell’Appennino, Coppa Bernocchi, Giro di Campania, Tre Valli Varesine, Giro del Piemonte and stages in the Giro d’Italia, while racing for such sought after teams as Bianchi and Frejus.

Cinelli continued his racing career until 1944, during which time Italy was immersed in World War II, having entered on the side of Nazi Germany.

Yet, despite the war effort and Cinelli’s status as a soldier, Italy’s fascist government vowed to sustain competitive cycling as a popular distraction. Therefore, he was allowed to train and compete as a member of the state-sanctioned racing team.

However, Cinelli would only win one race during in the midst of the war. But, at that point he already knew that his racing days were behind him, unlike compatriots and cycling luminaries Gino Bartali and Fausto Coppi, who continued to race after World War II had ended.

Having experienced numerous technical failures during his racing career, and convinced bicycle technology could be vastly improved, Cinelii decided to exploit the knowledge he had learned as a racer and enter the world of frame and component making. However, failure to interest manufacturers with his ideas led him to start his own company in 1946.

At the time, his brother Giotto was already making stems and handlebars in Florence, which prompted Cinelli to move his business to the center of Italy’s bicycle manufacturing in Milan.

Cinelli continued making high quality stems, handlebars and frames from steel under his own name for the next twenty years, while also relying on the wholesaling of his products to other companies in order to increase capital. And, despite his druthers about aluminum, Cinelli products eventually segued to alloy production in 1963.

One of Cinelli’s most ardent listeners over the years was a certain Gentullio Campagnolo, who once convinced the vaunted component maker to redesign his drop-outs, insisting that they had to be thicker, as well as encouraged him to modify his seatpost, hub and fork column designs in order to reduce weight and improve strength.

By the late 1970’s, Cinelli was the principle maker of stems and handlebars, as well as the OEM supplier to virtually every bike brand, while frame-making continued to increase as well, still relying on the basic design principles of his original Speciale Corsa frame from 1947.

Other notable achievements along the way included the development of high quality saddles.

Like most of the riders in his day, Cinelli raced atop a Brooks saddle. But, after thousands of kilometers of wear and tear, what was once a shiny and firm seat gave way to loss of shape and support. This convinced him that he could make a better saddle using more modern materials.

Cinelli once again turned to his brother, who had since gone into the plastics business, to see if the material could provide the necessary amount of support and durability required of a bike saddle. His brother responded favorably, but cautioned him that saddles would have to be produced by the thousands in order for them to be profitable.

As legend has it, Cinelli tried unsuccessfully to enlist the help of his friend Campagnolo to undertake this bold venture alongside him.

However, he eventually crossed paths with Tommaso Nieddu, the founder of the Vittoria derailleur, who had already begun making saddles made of Rilsan, a synthetic material invented in France.

A partnership quickly formed, leading to the development of a number of innovative saddles to would soon dominate the market.

Cinelli is also credited with creating the resilient Binda toestrap, along with the sleek M-71 clip-on track pedal that was introduced in 1973, a design that would later morph into the famous LOOK pedal.

However, one of his most innovative ideas involved a new wheel system that could accommodate interchangeable front and rear wheels, with the goal of improving wheel changes during races.

This led to the development of a special freewheel that was designed by the Italian company Regina, which attached independently to the frame. The hubs themselves were manufactured by Campagnolo, which could be fitted either into the freewheel or onto the front fork.

Cinelli sold a number of bikes with this system in the USA during the late 1960s, but the idea never caught on. Still, it remained one of his most cherished concepts by enthusiasts.

In 1978, Cinelli passed the ownership of his company to Antonio Colombo, founder of the venerable Columbus tubing brand, and subsequently retreated to the Italian countryside for a peaceful retirement.

The Cinelli brand continues to flourish today, particularly during the last few years when the company teamed up with the San Francisco-based MashSF to create the popular “Cinelli MASH” frames, which are widely used in the fixed-gear culture, featuring the original cloisonné head-badge of a knight’s helmet, a red lily and a green serpent – symbolic of the Cinelli coat of arms, Florence and Milan.