CityQ Narrows the Gap Between Electric Bicycles and Cars 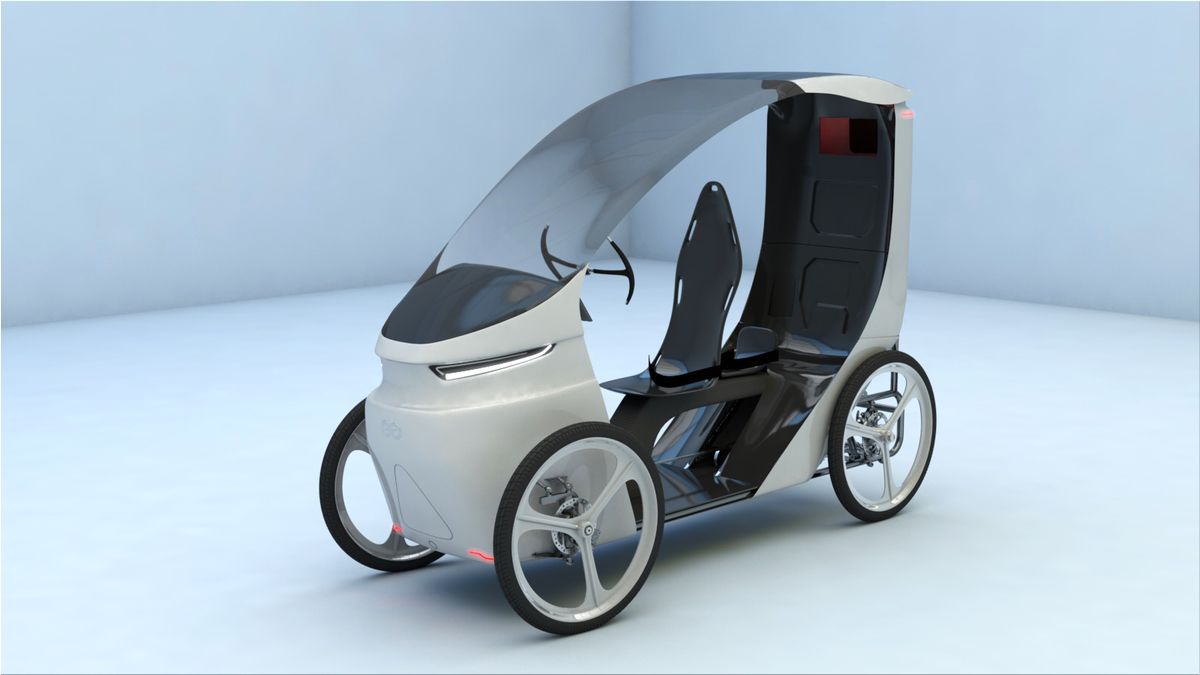 The Norway-based company CityQ has launched a new electric vehicle under the same name that’s aimed at narrowing the gap between an electric bicycle and a car.

The LEV (Light Electric Vehicle) as it’s properly classified, features four wheels, space for up to three people (plus luggage) and a 48-volt drive-system with a choice of either a 250 to 500 watt motor that’s capable of propelling the CityQ to speeds upwards of 15.5mph ( to 25 km/h).

Additionally, depending on the charge and speed, the company says the CityQ has a range of 40 to 70 miles (70 km to 100 km), which can be stretched beyond that thanks to a built in solar panel on the roof.

CEO Morten Rynning is keen to point out that the LEV is capable of tackling the challenging weather that exists in most Northern European cities, thanks to doors that can be easily fitted to the CityQ that aren’t much wider than a scooter (29 in or 87 cm). Moreover, since it’s classified as an e-bike, it does not require users to have a drivers’ license, and it’s allowed to be operated on bike paths as well.

“Enabling sustainable city development and new residential areas with less car traffic. CityQ may replace car traffic in cities with year-round ebicycling. Specially designed for Northern Europe climate and needs. Riding CityQ works with in cities without adding more traffic or needing extra parking space. CityQ is registered as an ebike, but with the benefits of a small city car. It’s a comfortable e-bike with weather protection, seats for up to 3 passengers, luggage space with battery range close to a small electric city car.”

“CityQ is not a cargo bike – but it fully matches the capacity for transporting children safely, shopping or training bags – or even safely lock your laptop. It comes with safety belt, front lights and reflectors. CityQ is made for a car free city environment without having to deal with issues like traffic congestion, parking, weather and pollution”, added Rynning.

According to CityQ, they’ve already begun talks with Avis and Budget Rental car to introduce the new LEV into the agencies new mobility programs.