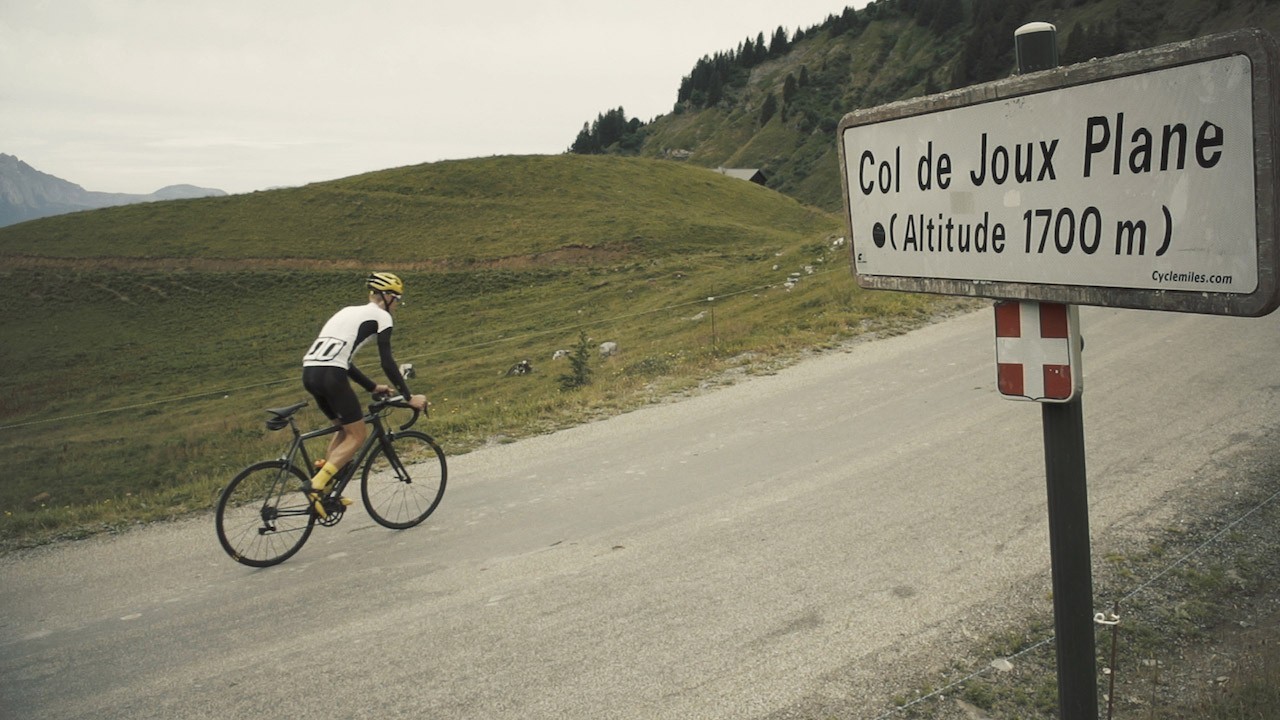 A relative late comer to the Tour, the Joux Plane first featured in the 1978 race quickly building up a fearsome reputation. Since then it’s been the backdrop to plenty of fireworks putting the great French champion Laurent Fignon into difficulty in 1983 and Lance Armstrong well and truly against the ropes in 2000, with the Texan describing it as “the hardest day of my life on the bike”. Six years later and the Joux Plane was back in the spotlight with Floyd Landis destroying his rivals and tearing up the road in an attempt to pull back a seemingly impossible time deficit.

Despite all of the pharmaceutical trials an tribulations that would play out in later years the Joux Plane remains un-phased by it all. It’s as if its early slopes were designed to soften even the most trained legs before the latter half really turns the screw, maintaining a near double digit gradient all the way to the summit.

Relax, stay composed, and your effort will be worth it as the Mont Blanc Massif peacefully watch over your every move and you’re gifted with one of the best descents in the Alps back down to Morzine.