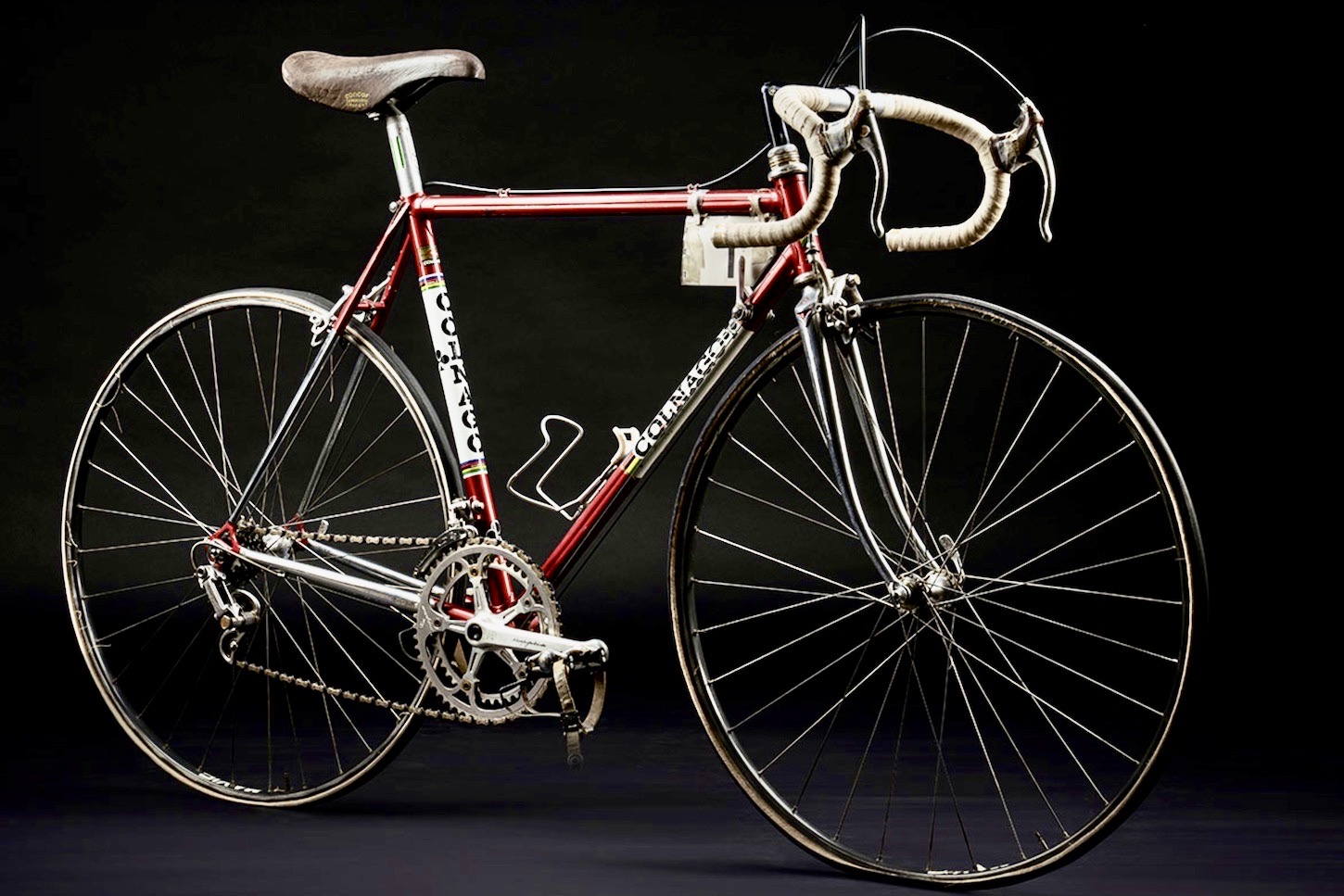 Ernesto Colnago has opened a new museum in his hometown of Cambiago, Italy, showcasing many of his most iconic bikes from over the decades.

Also included in the collection is the track bike Eddy Merckx beat in the Hour Record upon in 1972 in Mexico City, along with the red Colnago that Giuseppe Saronni used to win the World Championship Road race in Goodwood in 1982, as well as many other hallmark designs.

“It’s a collection of my memories, of my past and future dreams, emotions and ideas, all in one place, where everything started,” Colnago said.

The museum also includes 80 original jerseys donned by riders who raced on Colnago bikes, as well as 400 images that capture Ernesto Colnago’s 75-year career as a mechanic, innovative bike designer and businessman.

Ernesto sold his vaunted bike brand to a UAE-based investment firm in 2020, but his numerous innovations and designs live on at La Collezione.

The museum will open its doors to the public on December 18.