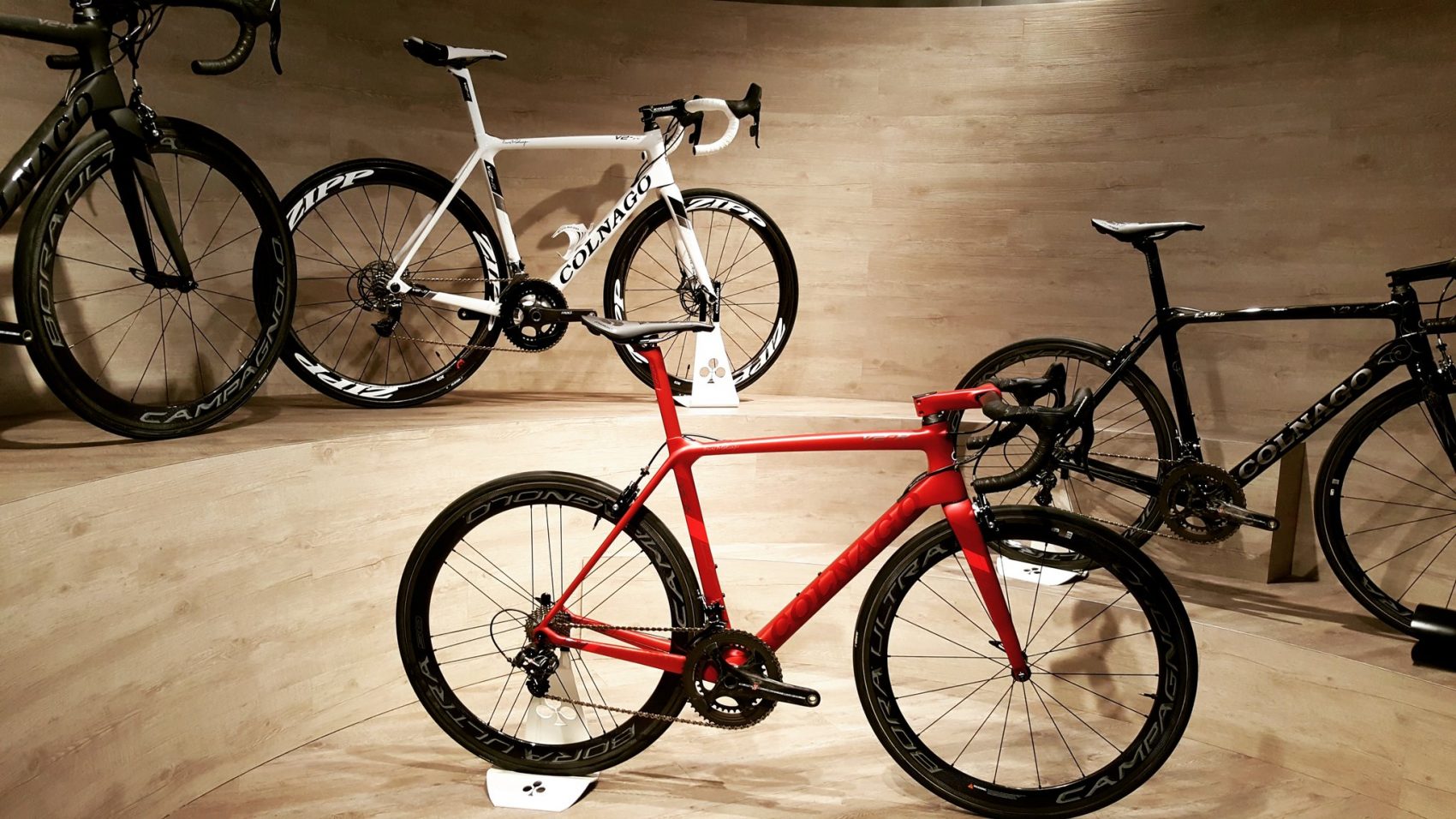 As the successor to the popular V1-r, the V2-r features a revised monocoque frame which is offered in both a traditional caliper brake version, as well as a flat-mount disc brake/thru-axle variant.

Other refinements include, a new integrated seat clamp, full internal cable routing similar to Colnago’s Aero Concept frameset, a TheadFit82.5 threaded bottom bracket, direct-mount brakes that are now located on the seatstays, a stylish new carbon seatpost and stem combination, along with increased clearance which will now accommodate tires up to 28mm.

For the weight weenies however, the real improvements come in the form of less weight and increased stiffness, which the iconic Italian brand claims to have dropped the V2-r down to a feathery 835g, while rigidity has been increased by 13%.

Colnago says the new V2-r will be available in five paint schemes starting next month, with pricing for the US market to be announced.

The new V2-r is the top-of-the-line carbon fiber monocoque frame from Colnago. Designed to ensure lightness, rigidity and aerodynamics, the result is a high-quality bicycle capable of handling all terrain. It is based on the V1-r, but it boasts some details that dramatically improve its performance. The weight remains unchanged from the V1-r at 835 grams for a medium sized frame, and the same grade and construction of carbon fiber was also used. The lateral rigidity of the bottom-bracket increased by 13%, and by 4% at the headtube – making the V2-r even more rigid and brilliant during acceleration. From an aesthetic point of view, the integrated seat clamp is a feature which gives the frame cleaner lines, and the toptube/headtube junction has also been redesigned. Cable-routing is internal and central – through the top of the toptube in the same manner as on the Concept. Both brakes are direct-mount, with the rear located at the top of the rear triangle. The V2-r also has clearance for up to 28c tires.