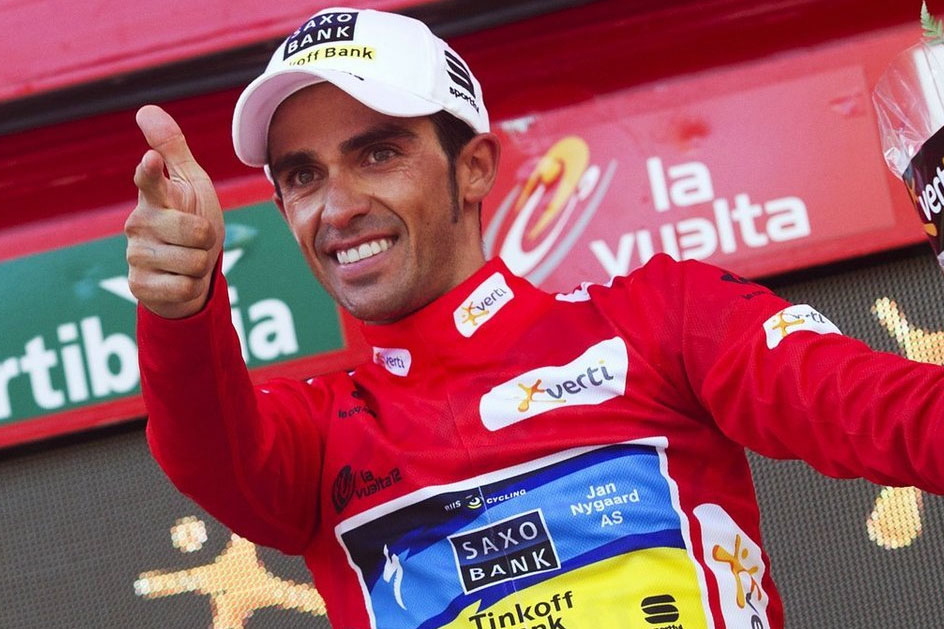 23 Nov 2015
By Campionissimo - In LATEST ARTICLES, THE GREAT RACE

While Contador’s “pistolero”‘ salute is merely a gesture which has nothing to do with actual gunfire or violence, the Spanish rider is nevertheless sensitive to the fact, that after last week’s attacks, any such reference could potentially send the wrong message.

Indeed, Contador told the media this week, “The significance of the celebration is not about shooting or violence, it’s just to show the people my victory, but if some people could be offended by it then I have no problem not doing it.”

Speaking at a function in London over the weekend, Contador said that he sympathizes with the people of France, as his country had suffered a similar crisis back in 2004.

“This is a tragedy that has no contact with sport. Cycling is another thing. We suffered something similar in Spain with the March 11 attacks and some people very close to me suffered from that personally.”