Contador Says Froome is His Most Challenging Rival 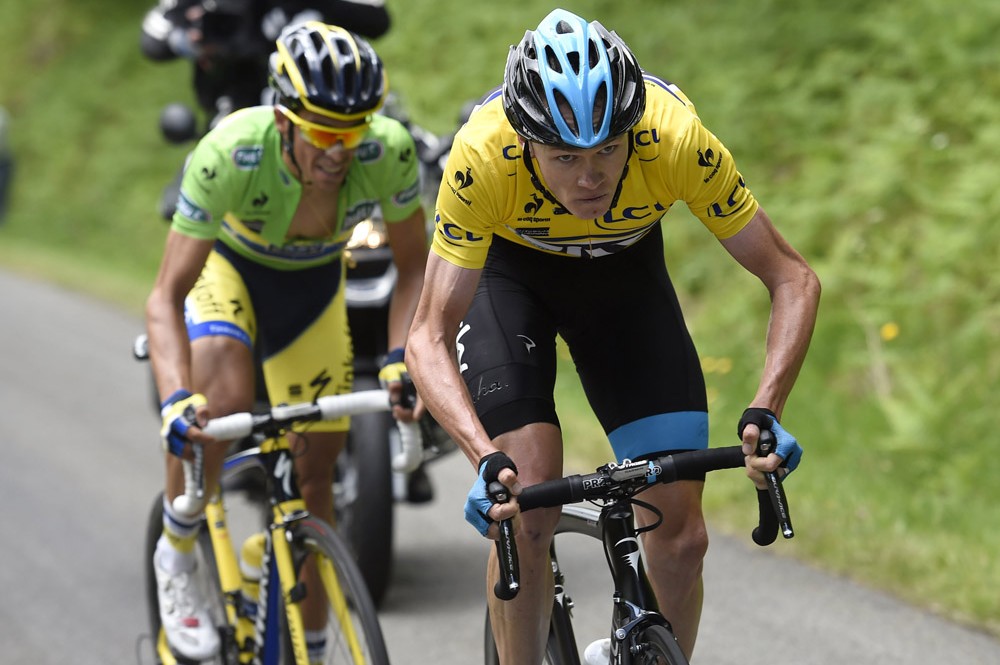 02 Nov 2015
By Campionissimo - In LATEST ARTICLES, THE GREAT RACE

Indeed, despite having taken on many big name riders in the past, Contador says competing against Froome this season has proven to be the toughest battle of all.

“I think Froome is the most difficult rider I’ve faced,” the Tinkoff-Saxo said.

“In terms of talent I think that Andy [Schleck] was ahead. He was class. Remember, he was in [Tinkoff] Saxo before I came here so I know a bit about his training, so I know that he was super, super class.

“He wasn’t stronger than me in the time trials and that’s really the problem with Froome, especially now in the flat time trials.

“If it’s an uphill or hard time trial then I don’t have too much of a problem but when it’s flat like the one we had in Mont-Saint-Michel in 2013 and you look at his average of 55kph, I can’t do that with my weight. If the speed is down at 49-50 then I have a chance.”

According to the Spanish rider, what adds to the difficulty of facing Froome, is the overall strength of Team Sky, and its rider like Geraint Thomas, Ritchie Porte, Wout Poels and Ian Standard, who are all there to support this year’s Tour de France winner.

“It’s not just Froome, they’re a very strong team. They can have two teams, two incredible teams, for the Tour.

“Look, in the final every rider has pain in their legs and in 2014 I trained so much because I realised from 2013 that I needed to reach another level.

“Froome put that pressure on me and I gained the right level and I’m sure that in the Tour in 2014, before my crash, I was in the form of my life but the sport is the sport and these things happen.”