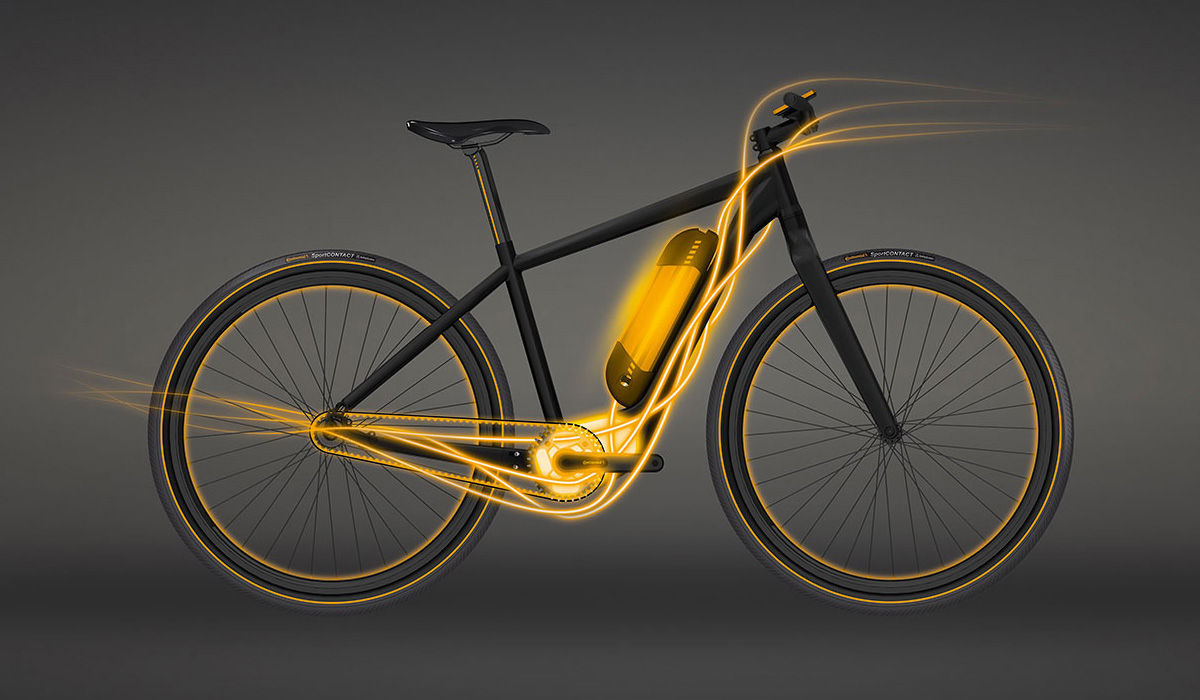 As part of its commitment for creating a carbon-free emissions future, Continental has developed a new 48-volt electric drive system with its own dedicated automatic transmission, as a means of further expanding the e-bike market.

“Bicycles with electrical assistance are now a common sight on streets across the world. They are an important element of connected mobility and an environmentally friendly lifestyle. The global market is growing, dynamic and full of potential, so we are turning our attention to this pioneering field and its connectivity with other transport systems as part of our holistic approach to mobility,” explains Continental CEO Dr. Elmar Degenhart.

The last few years have seen a tremendous rise in bike share programs in major cities across the world, as well as an overall push to make the bike the conveyance of choice for those living or working in urban areas, emphasizing both the practical and efficient way bikes can get people to places where they need to be, while also reducing an area’s carbon footprint.

As a result, city dwellers are increasingly using bikes with electrical assistance to travel to work or to run daily errands.

“E-bikes protect the environment and make a significant contribution to reducing inner-city traffic in the world’s largest urban centers. They are increasingly becoming established as one of the key components in our environmentally friendly urban mobility culture of the future,” explains Degenhart.

Continental says it’s fully committed to this trend, emphasizing that they already offer a wide range of platform solutions, wherein bike manufacturers can choose from an existing range of electric motor units, batteries, displays and controllers, to create the ideal drive system for their e-bike models, as well as choose between a selection of different integration ideas.

“We combine the many years of technical expertise of our transmission and drive specialists with our specialist knowledge of bicycles. The result is a world first. Our new e-bike system combines the first industrially manufactured 48-V drive with intelligent, fully automatic and continuously variable transmission. With this innovative step, we can respond optimally to the needs of our customers,” explains Jörn Malcherek, director of marketing for Continental’s e-bike systems.

The latest estimates suggest, that the global sales of bicycles with an auxiliary or integrated electric motor will exceed 40 million units by 2023.

According to figures from the German Bicycle Association (ZIV), Germany alone has seen the demand for e-bikes reach an unprecedented level, with more than 600,000 units sold last year. Moreover, manufacturers and retailers saw sales grow by 13 percent compared to 2015, with more than 3 million electric bikes now on the road.

E-bikes are also accounting for an ever-increasing share of the overall bike market, with 15 percent of all bikes now electrically powered. Experts from the ZIV expect to see this share rise to between 18 and 20 percent in the medium term, followed by a further increase to a projected share of up to 30 percent in the long term.

The market for electrically powered bikes is also growing in other countries as well. Continental says it expects to see the strongest growth in markets where e-bikes are yet to gain a foothold, such as Italy, France and the United Kingdom.

However, according to Continental, e-bikes are driving much more than just economic growth in the bike sector, “they’re also fueling technological progress, as bikes with electrical assistance have given the industry fresh impetus to innovate.”

In preparation for this, Continental has drawn upon its existing expertise in developing electric motors, to create its latest 48-volt modular drive system, which will be unveiled at this year’s Eurobike Show in Friedrichshafen, Germany in August.

From its humble beginnings as a niche product, the e-bike has increasingly become a lifestyle choice, while the era of clumsy systems simply attached to a bike have long since been replaced by much more technically advanced systems and designs.

Cyclists can now choose between a variety of stylish designs and models fitted with modern, slimline drive technologies, across a wide range of bikes for any lifestyle, which include city, urban and mountain bikes, as well as sporty racers, folding commuter bikes, trekking and transport models.