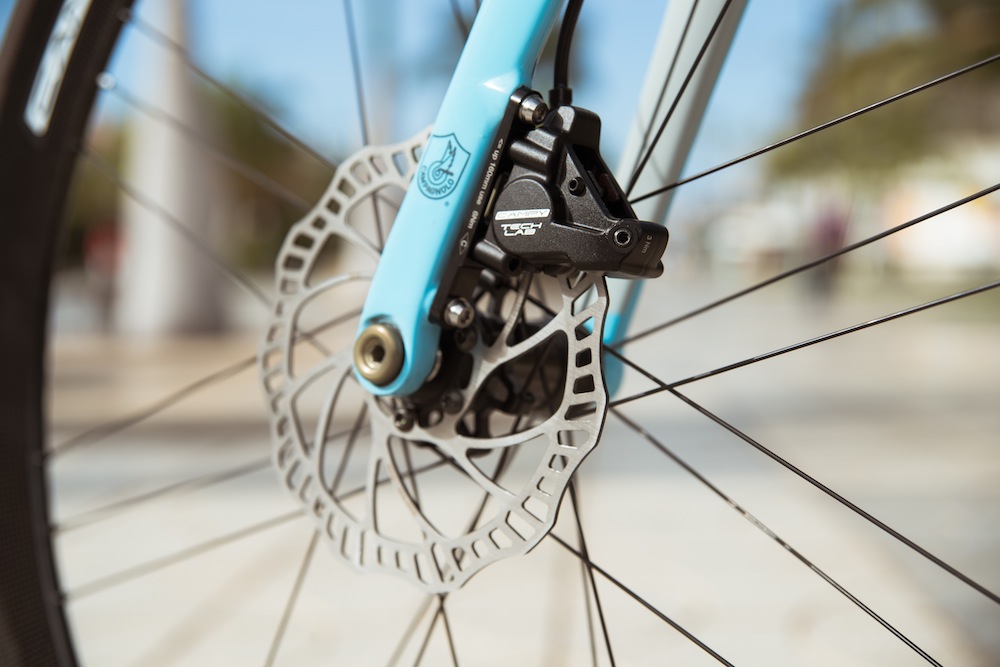 The professional riders’ union, the Cycliste Professionnels Associés (CPA), announced today that they’re looking into the use of plastic disc brake rotor covers alongside the UCI, as a means of ensuring rider safety in road racing events.

Among many things, the CPA enforces rider safety in the pro peloton. And, given the ongoing debate regarding safety concerns that the use of disc brakes continue to pose, the union is investigating what benefits there may be to using these covers.

‘Yesterday the Working Group of the [UCI’s] Equipment Commission has taken a step forward to meet the demands of the CPA and the riders on the disc brakes: the start of an investigation on the security guard,’ the CPA said. ‘We are on track, thanks for listening!’

The images show two different types of covers under consideration, both of which appear to attach to the fin of the brake caliper, with provisions for a thru-axle to pass through.

The CPA has been outspoken about its concerns regarding the use of disc brakes in road races, ever since they were first introduced for trial testing last season and later discontinued because of safety issues.

However, despite the ongoing reluctance on the part of the CPA to fully embrace the adoption of disc brakes in road racing events, the UCI decided to resume trial testing amongst the peloton earlier this season.

‘We are not against technology and innovation, and we don’t want to disappoint the sponsors so that they don’t invest in our sport anymore,’ said the CPA. ‘We just want to suspend it for now, and look for a better solution.’