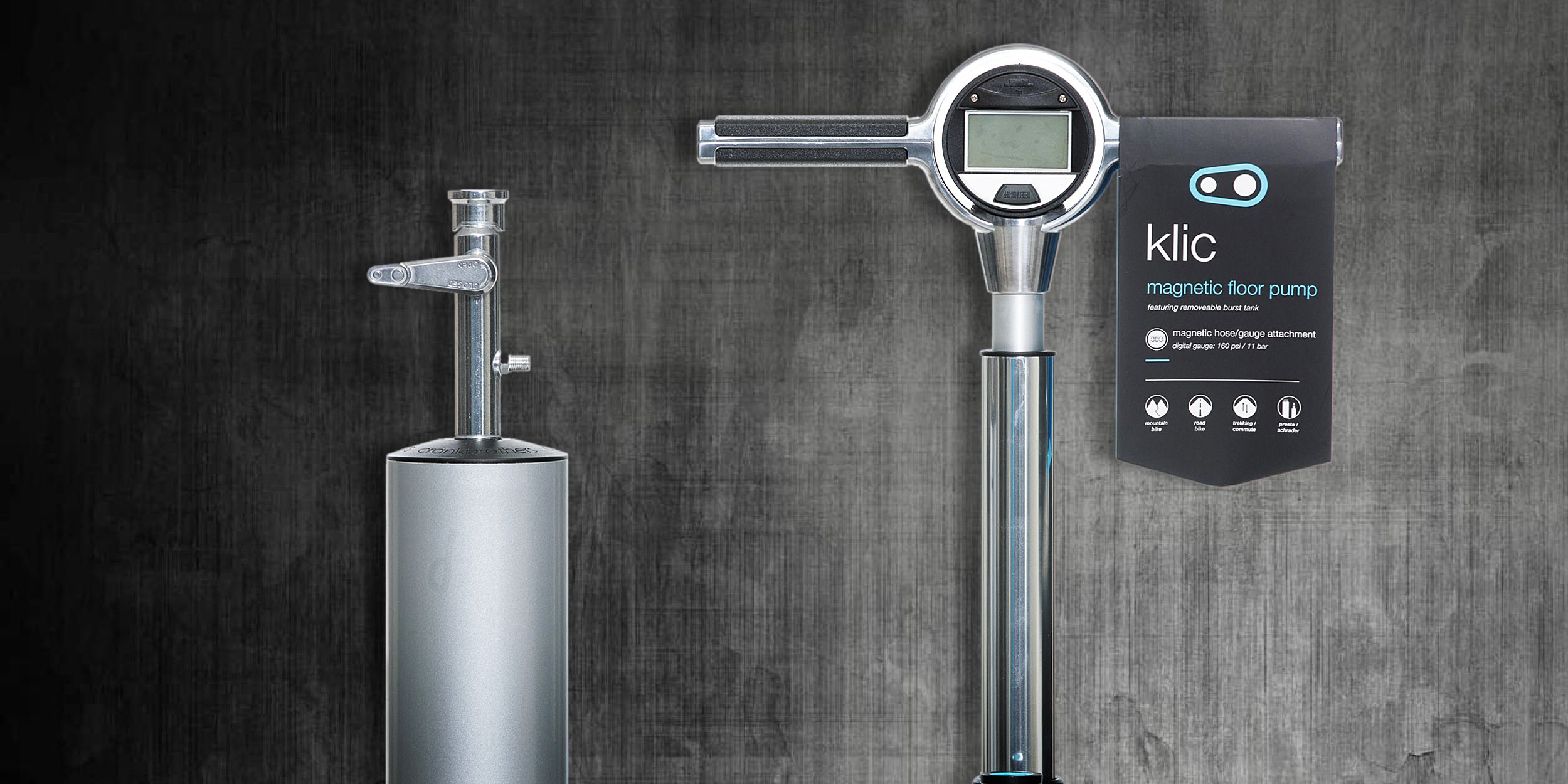 20 Jun 2018
By Campionissimo - In LATEST ARTICLES, THE DOUBLE DIAMOND

Floor pumps with an additional boost canister have rapidly become the ideal choice to inflate tubeless tires at home, while the Klic Floor Pump from Crankbrothers elevates this procedure to new heights.

Indeed, the Klic features a modular system that allows cyclists to inflate their tires by traditional means, while a separate canister affords them the necessary boost in air pressure often needed to tackle the fussy nature of installing tubeless tires. Moreover, the canister can be pre-charged and stowed away in a vehicle, allowing the pump to be left at home.

The Klic also features a hidden hose with an integrated gauge that stores neatly away in the pump body when not in use, whereas the optional burst tank installs or removes in seconds.

The Klic connects via magnets, making an unmistakable “click sound” when attached … hence the name.

After its launch during last year’s Eurobike Show, the Klic Floor Pump has steadily earned itself the reputation as being one of the most practical and effective tubeless pumps on the market, culminating into a recent Design and Innovation Award for its excellence.

The Klic Floor Pump is available with either a digital or analog, which retail for $225.00 and $200.00 respectively.