Creative Ways to Stretch the Sponsorship Dollar and Sponsor Value 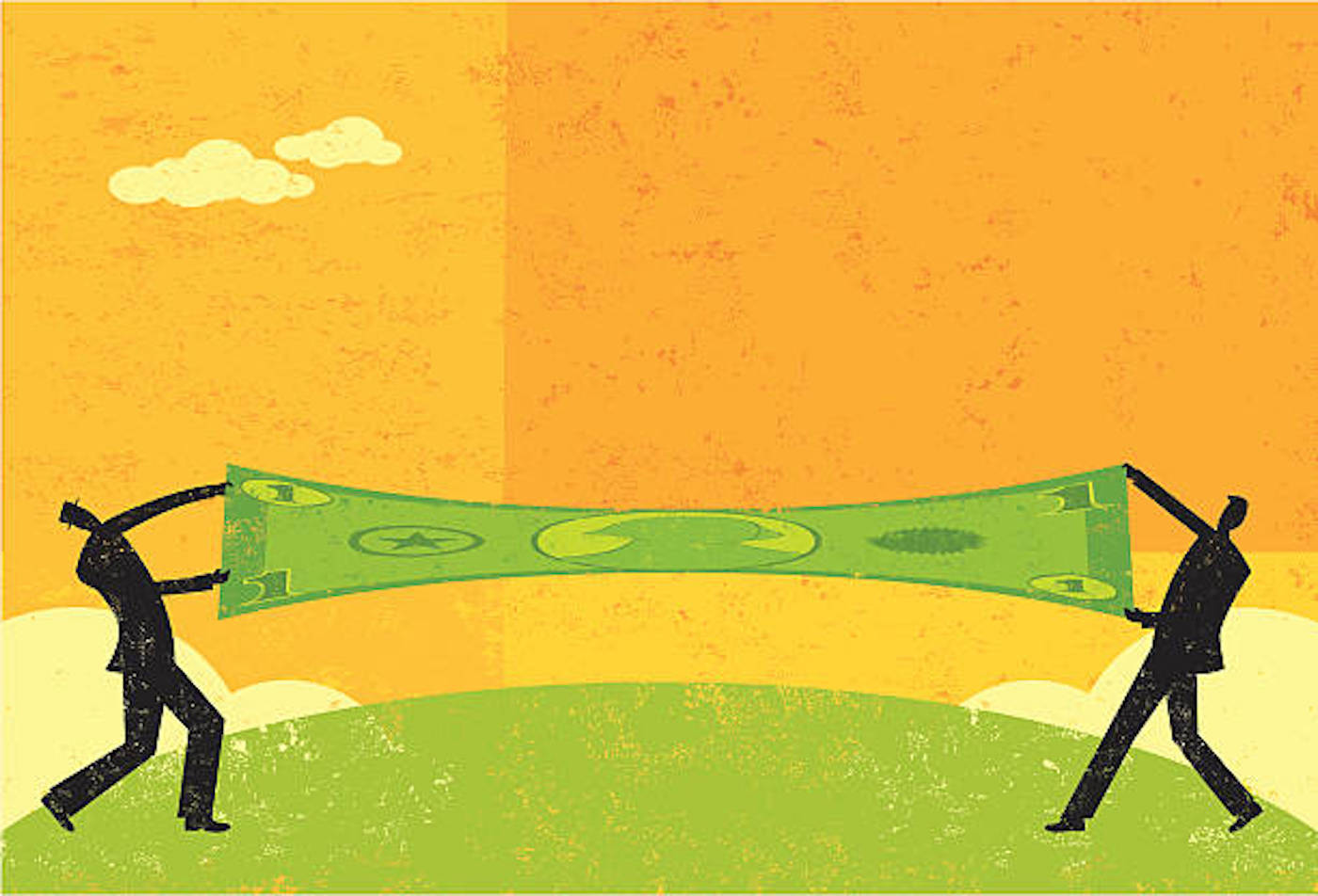 In a sport that is almost totally dependent on commercial sponsorship dollars for its economic livelihood, many pro cycling teams strive to implement innovative strategies that drive greater marketing value for their sponsoring partners. Successful teams deliver exposure and activation in target markets, creating a positive feedback loop between the fans, the team, and the sponsor. Ultimately, that kind of sponsor success encourages corporations to play the long-game in pro cycling, supporting a team over many years. Ideally, teams can become more sustainable, riders can be more confident in their future employment, and fans can be treated to a more interesting, competitive and sustainable sporting product.

Sounds easy, but some pro cycling teams are more progressive than others – in developing true partnerships, innovating new activation strategies, and ultimately delivering greater value to their sponsors. In some cases, the sponsors themselves may not even realize the partnership’s potential, and miss out on valuable marketing opportunities. Pro cycling’s economics are always challenging, but one team that is moving the sponsorship value needle forward is Rally Cycling of the United States.

The division II ProTeam is sponsored by Rally Health, a U.S. market-focused digital health company that is part of the Optum business of healthcare company UnitedHealth Group. The team was formerly known as Optum. (UnitedHealthcare, also part of UnitedHealth Group, previously sponsored another U.S.-based team which went by the same name, but that arrangement changed at the end of the 2018 season when UHG consolidated its team investments.)

Global corporate sponsorships open broad opportunities to maximize sponsorship value and activation alternatives. Rally Cycling is leveraging these advantages to feature the local affiliate companies and brands of the title sponsor wherever it competes. The strategy isn’t entirely new; big teams have leveraged this in the past to market products, but generally only across the relative proximity of European borders. However, Rally Cycling is part of a $240 billion-dollar healthcare giant with subsidiaries dotting the globe. Rally Health, which provides web and mobile tools that help people manage their health, is offered to UnitedHealthcare’s U.S. customers, but in order to truly maximize the relationship, the team is featuring sister brands within the UnitedHealth Group family when it races in its other markets.

Says team Communications Director Tom Soladay, “Rally is a U.S. brand, but the parent company is a global brand with subsidiary units around the world – and they are always looking for ways to grow their various brands on the local level. Our contract is with UHG, so the team is always on the look-out for ways to provide value to other parts of the company, to better promote UHG’s interests around the world.” At the recent Tour of Colombia, a UCI 2.1 event held February 11 through 16, the team tested this concept by promoting local Colombian healthcare provider Colmédica – a wholly-owned local subsidiary of UHG.

The UCI won’t allow teams to completely change or overhaul their jerseys mid-season; that can only be done once a year. However, the governing organization does allow minor changes or additions during the course of the season, so long as the general color scheme and overall look of the jersey doesn’t change. More specifically, Rule 1.3.039 says that “the order in which two principal partners appear on the jersey may be inverted from one race to another during calendar year” and Rule 1.3.042 goes further, saying, “other advertising inscriptions may be freely used and can vary from one race or country to another.”

During the Tour of Colombia, Rally Cycling added the Colmédica logo to its widely-recognizable orange jersey (see photo) and conducted a number of other visibility-raising events around the race, both within the Colmédica and its employees, but also within greater regional Colombian fan community. This included a range of employee and racer participation events, web-based employee contests to win prizes or ride in race cars, dinners for select groups of employees and customers, and various other events – not just to promote the company, but also to raise the visibility of the race itself and attract more fans.

“UnitedHealth Group has tens of thousands of employees outside of the United States, including 4,000 in Colombia,” says Bart Reed, Vice President of Marketing for UnitedHealthcare Global, adding, “Connecting those employees with the team is a great way to help them feel connected to the enterprise. Featuring Colmédica on the Rally Cycling jersey during Colombia’s biggest bicycle race not only gives Colmédica great exposure, but it also raises the visibility of the team by connecting it to a well-known local brand.”

Fernando Robledo, the General Manager of UHC’s Colombian businesses, rode in the team’s support car one day and actively helped to promote local awareness of the event. “I am very proud that the team wore the Colmédica brand on their shirts during the race. The bicycle is part of daily life for Colombians, especially in the main capitals. For decades, the main roads are closed every Sunday to allow bike lovers to travel freely to every nice corner, contributing to wellbeing and a better quality of life. I think the event conveyed a strong message to all Colombians about the importance of self-care and a healthy lifestyle.”

Rally had a strong showing, especially given the fact that the team had no time for any high-altitude training. Colin Joyce placed top ten in two sprints, and Gavin Mannion was in top ten overall until last day, when he was dogged with some mechanical problems. And the race itself did very well; it was definitely a major event in Colombia. Estimates placed the fan total at 17 million, more than 300 press credentials were requested, and the race was carried around the world on ESPN3, in Spanish. Soladay said some of the team Facebook posts reached over 50,000 people.

Team owner Charles Aaron says that achieving the marketing and branding objectives of his sponsoring partners is always top of mind. “Frankly, that is a key reason we went to Colombia – to promote the partnership. It was that important. Sure, our guys went wanting to race hard and get results, and we had a good outing. And having the kind of visibility that we’ve built locally there only makes the guys want to race harder – to do well in front of that local audience. But promoting the partnership was the first thing on the list.”

Following the successful outing for the team, corporate executive Reed said he thought that employees of both Colmédica as well as their affiliated Colombian hospitals and medical centers were energized by the partnership with Rally Cycling. “We tapped into their passion for cycling at many levels. And we think it was energizing for the team to have a connection to a well-known Colombian company. I’m excited to build on our partnership in Colombia next year, possibly including broader market activation.” Soladay adds that the team will leverage similar partnering arrangements during races later this year in both Portugal and the U.K. – to promote UHC affiliates in those areas, and to help build similar levels of interest in those events.

While this arrangement works great for Rally and their parent company, not every professional cycling team has the luxury of being sponsored by an international conglomerate with the ability to substitute “in-market” subsidiaries when they race out of their local market. But in the future, this model could potentially be expanded to build an exchange where a team with highly regional sponsors, like Deceuninck–Quick-Step, could sell space temporary space on their jerseys to another local brand. This would be especially useful in races with difficult local markets like the Tour of Guangxi. Few WorldTour team sponsors have exposure in the Chinese market, which means sponsors are sending their teams around the world to race in front of an audience who couldn’t purchase their products even if they wanted to.

Cycling remains dependent upon its commercial sponsors, and those dollars are as challenging to find, and as unpredictable as ever. But for a global company with greater interests than just a core national market, teams can leverage creative strategies and brand synergies to keep those sponsors happier and ensure sustainable longer-term arrangements. Some teams tend to forget that sponsors are not simply a charitable patron – writing checks just to hang out in the VIP tent. Sponsors have made the difficult decision that being part of a cycling team can help them achieve their marketing, branding or advertising objectives. It’s a true commercial relationship with the team, and they need to get something out of the deal too.

Cycling teams at all levels must work proactively and creatively with their sponsors to provide that return on investment promise. Whether the team is winning or not, its ability to connect with the market and fans in innovative ways can mean the difference between a sustainable program or leaving the sport too early. Ideally, by working closely and imaginatively together, great value can be created for both parties. Teams can stretch and redefine the boundaries of sponsorship value, building on the successes of their riders and making the team name – that sponsor’s brand – ubiquitous with success in the sport and excellence in that brand’s target market.