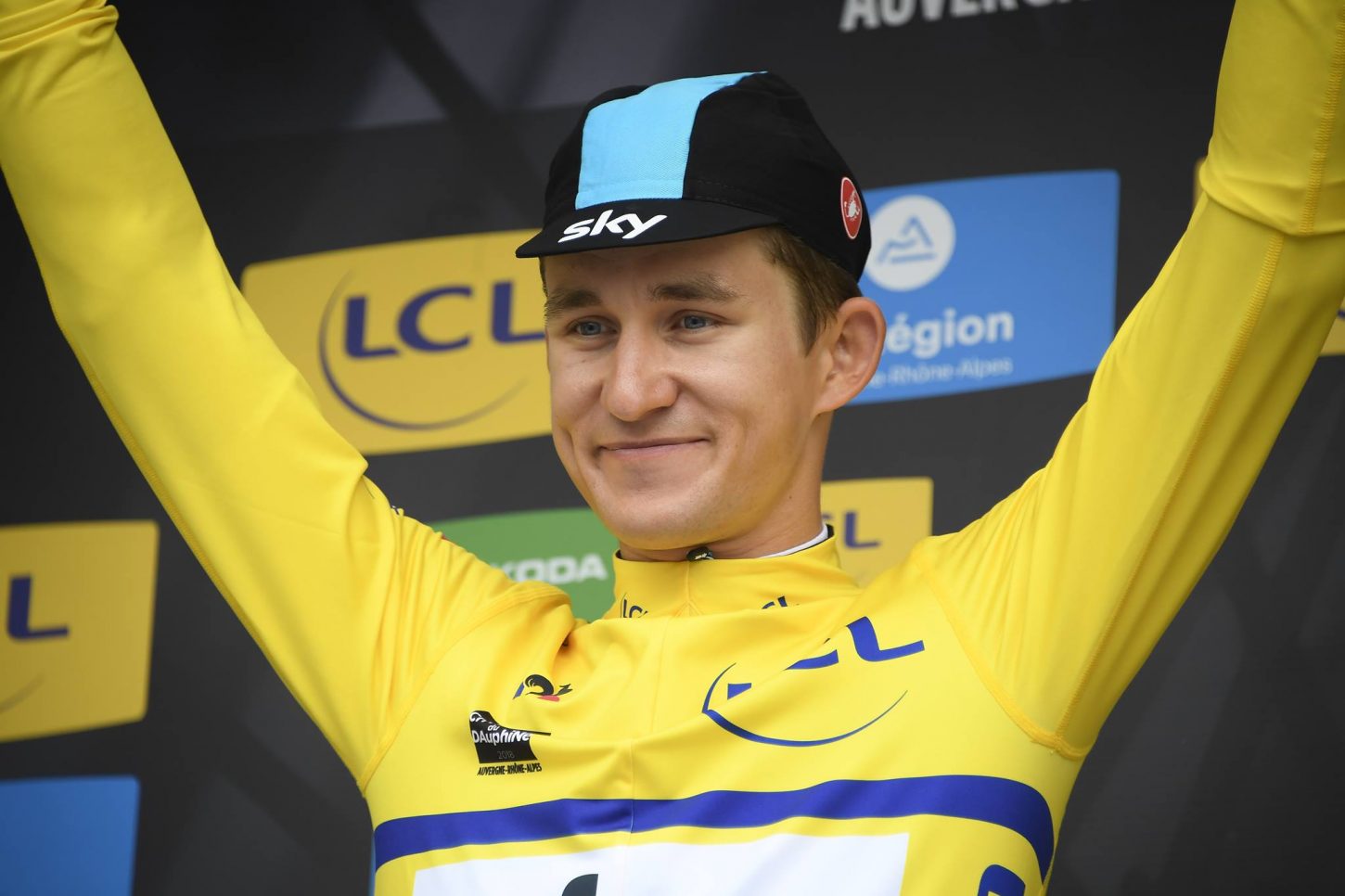 Michal Kwiatkowski (Team Sky) won the prologue of the Critérium du Dauphiné in Valence by one second over Dutch specialist Jos van Emden (LottoNL-Jumbo) while hot favourite Geraint Thomas (Team Sky) crashed at half way in a curve. Kwiatkowski positioned himself as a potential winner of the Alpine race.

153 riders took part in the opening time trial of the 70th Critérium du Dauphiné. The best times on the finishing line were successively set by Johan Le Bon (Vital Concept), Stephen Cummings (Dimension Data) and Alex Edmondson (Mitchelton-Scott) until European champion Victor Campenaerts (Lotto-Soudal) rode the 6.6km in 7.30 at the average speed of 52.8km/h. But the Belgian remained in the lead only for ten minutes as Jos van Emden (LottoNL-Jumbo) covered the course four seconds faster (at 53.3km/h).

Bardet a little faster than Nibali

The highly anticipated duel for the overall classification between Romain Bardet (AG2R-La Mondiale) and Vincenzo Nibali (Bahrain-Merida) proved the Frenchman faster by only one-second, which can lead to a psychological advantage before the team time trial scheduled for stage 3 on Wednesday.

Geraint Thomas on the ground at half way

Kwiatkowski bettered Van Emden’s time by 1’’66 to take the provisional lead of the race. He enjoys a comfortable lead of 21 seconds over Adam Yates (Mitchelton-Scott), 23 over Bardet and 24 over Nibali, just to mention a few GC contenders.

As he waited to see if his teammate Geraint Thomas would eclipse his time, the Welsh rider went down in a bend and crossed the line with a deficit of 21 seconds, leaving the 2014 world champion with the yellow-blue jersey to celebrate his 28th birthday one day later.