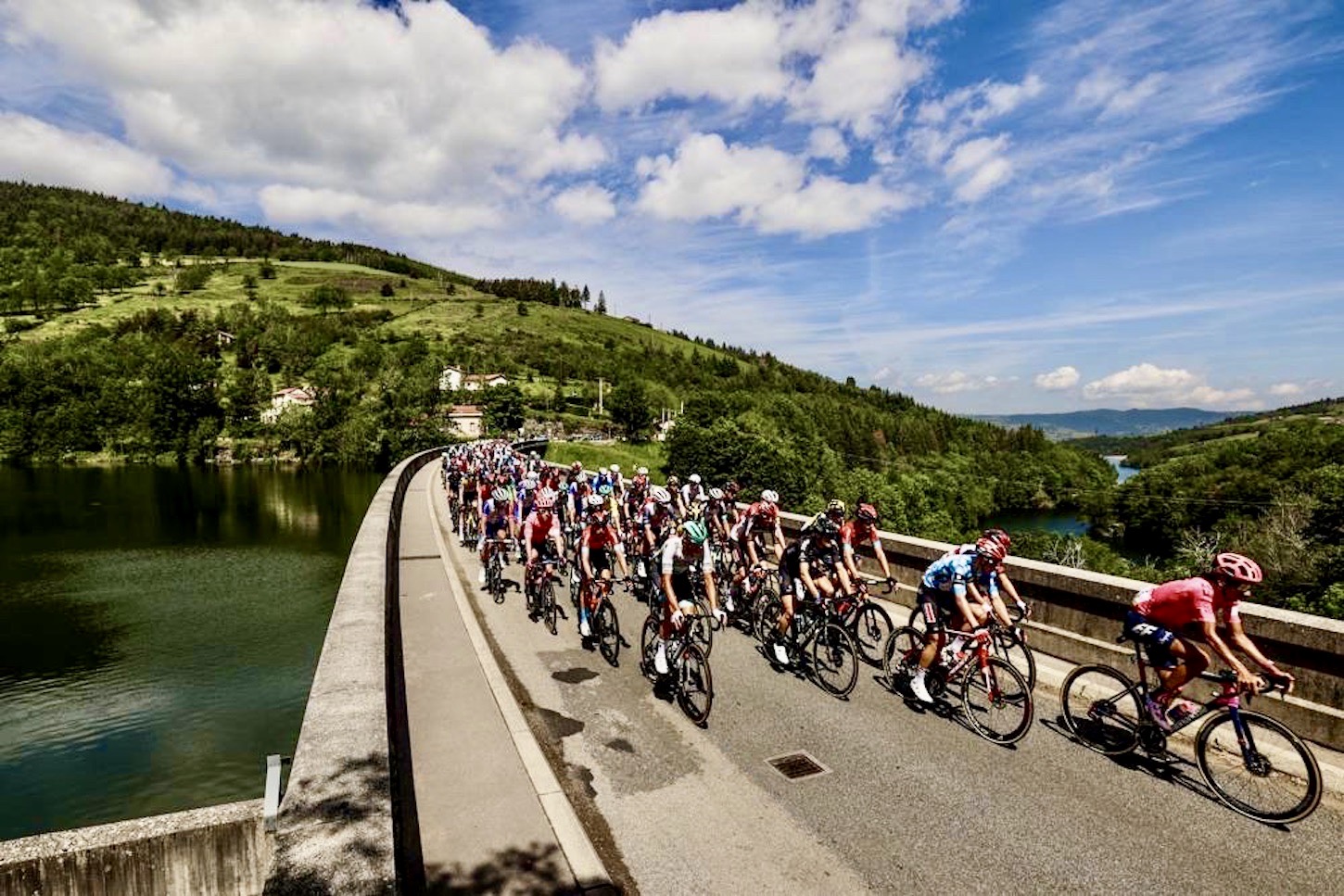 Thomas executed his winning move inside the final kilometer, with Bahrain Victorious quick to respond to the British rider’s acceleration.

Thomas continued to dig in along the home straight, while Michael Valgren (EF-Nippo) and Colbrelli joined in on the long-range attack.

Colbrelli quickly shed Valgren, but his efforts were not enough to overhaul Thomas, who raised his arm to his head in celebration as the Italian made a desperate final bike-throw on the line

“It wasn’t planned,” Thomas said. “I knew Bahrain didn’t have any guys left – only Jack Haig, who’d been riding. I knew it was all lined out and the last bit was a bit twisty so I just thought ‘sod it, go for it’. I went with a kilometre to go, the boys said on the radio that I had a gap, and I just went all in.

“To be honest, I didn’t think I had that on the line. I just sat up two metres from the line to start to give it the big one, but man, Colbrelli came past so fast he nearly took my helmet off. But it’s really nice to get that win for sure.”

After several attacks along the first climb of the day, a group of five riders that included Kasper Asgreen, Tim Wellens, Julien Bernard, Cyril Gautier and Tsgabu Grmay finally escaped the peloton.

With around 100 kilometers to go, Ryan Mullen, Jasper Suyven and Josef Cerny managed to bridge their way to the escapees, steadily increasing their advantage to two minute over the peloton.

However, with 43 kilometers remaining, that last of the escapees, Cerny, was caught.

Soon after, Sven Eryk Bystrom tried his luck, quickly establishing a slight gap of just over minute before being reeled back in by the peloton.

From there, Lawson Craddock launched an attack, but the American rider was reined in during the last 2 kilometers by a Bahrain Victorious led peloton.