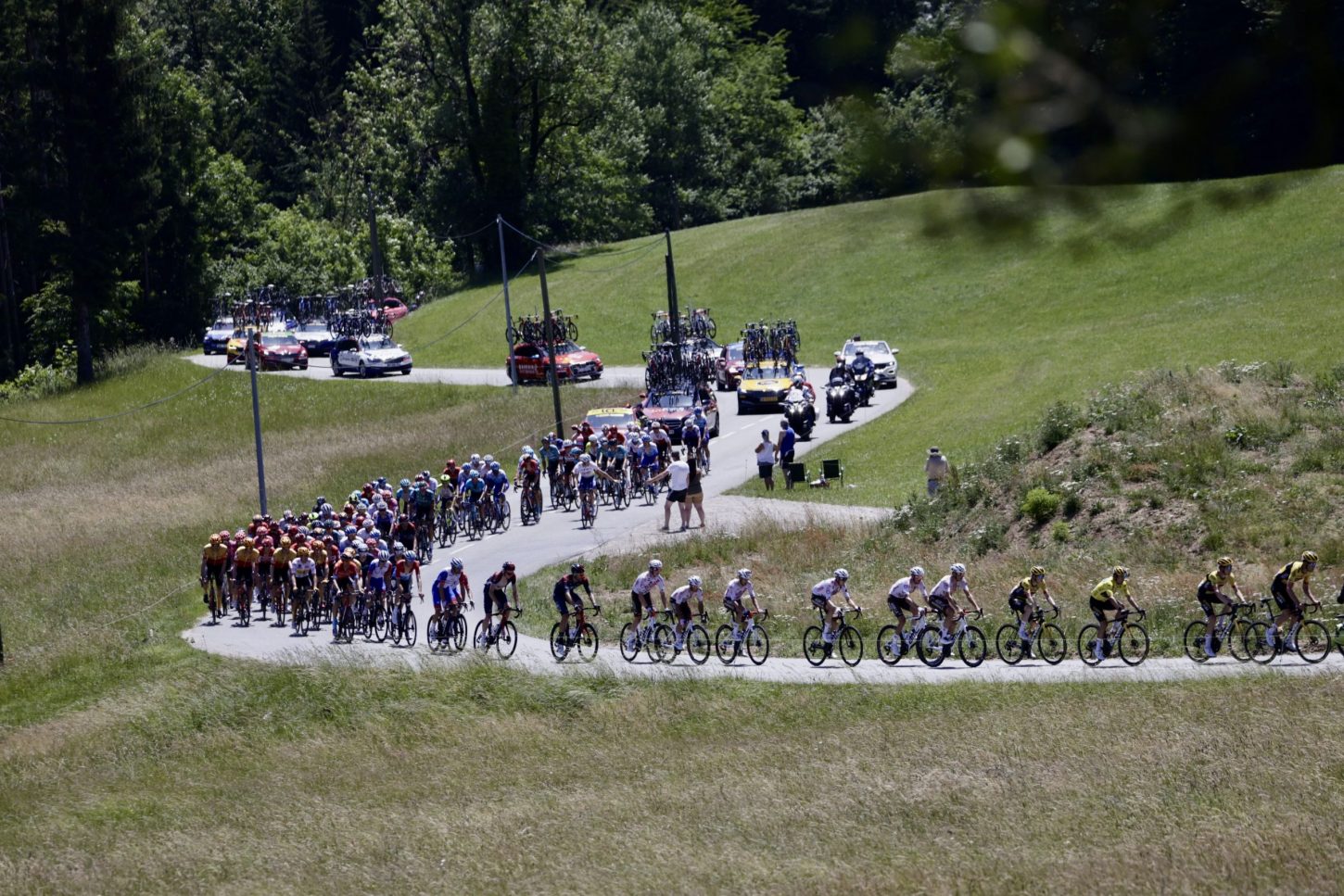 Primož Roglič and Jonas Vingegaard cross the finish hand-in-hand in today’s final stage of the Critérium du Dauphiné, giving the latter the stage, while the former sealed the overall race victory.

The duo executed a searing attack along the Plateau de Solaison with just over 5 kilometers to go, quickly distancing the field along the final climb to secure the overall title for the Slovenian rider, while Ben O’Connor (Ag2r-Citroën) chased in earnest to claim the final spot on the podium.

After a flurry of attacks during the opening 15 kilometers, a group of 15 riders final escaped the clutches of the peloton.

From there, the group went on to open up a two minute advantage, with Pierre Rolland (B&B Hotels), Matteo Fabbro (Bora-Hansgrohe) and Kenny Elissonde (Trek-Segafredo) with two of his Trek teammates later attacking the breakaway at the base of the Col de la Colombière.

However, Laurens de Plus (Ineos Grenadiers) was able to chase back leaders, subsequently launching another attack that saw the Belgian rider form another lead group with Elissonde, Michael Storer (DSM), George Bennett (UAE Emirates), Jan Hirt (Intermarché-Wanty-Gobert), who quickly opened up a slight gap of around 90-seconds.

But, a vigilant Jumbo-Visma kept the leaders from venturing far, reining in most of them when the gradient started to kick in Salaison again, leaving just Hirt, Storer and Bennet to vie back-and-forth with one another out front.

Back in the chase, Steven Kruijswijk pulled a monster turn for Roglič and Vingegaard, quickly dropping riders like Matteo Jorgenson, David Gaudu and Tao Geoghegan Hart.

With Bennett now the only survivor still out front, Kruijswijk continued to pile on the pace, taking Jack Haig, Esteban Chaves and O’Connor with the group as well.

However, when Kruijswijk pulled off, Vingegard attacked alongside Roglič with only O’Connor able to respond.

But, the Aussie failed to stay on terms, lasting only a short while before being dropped by the Jumbo-Visma duo.