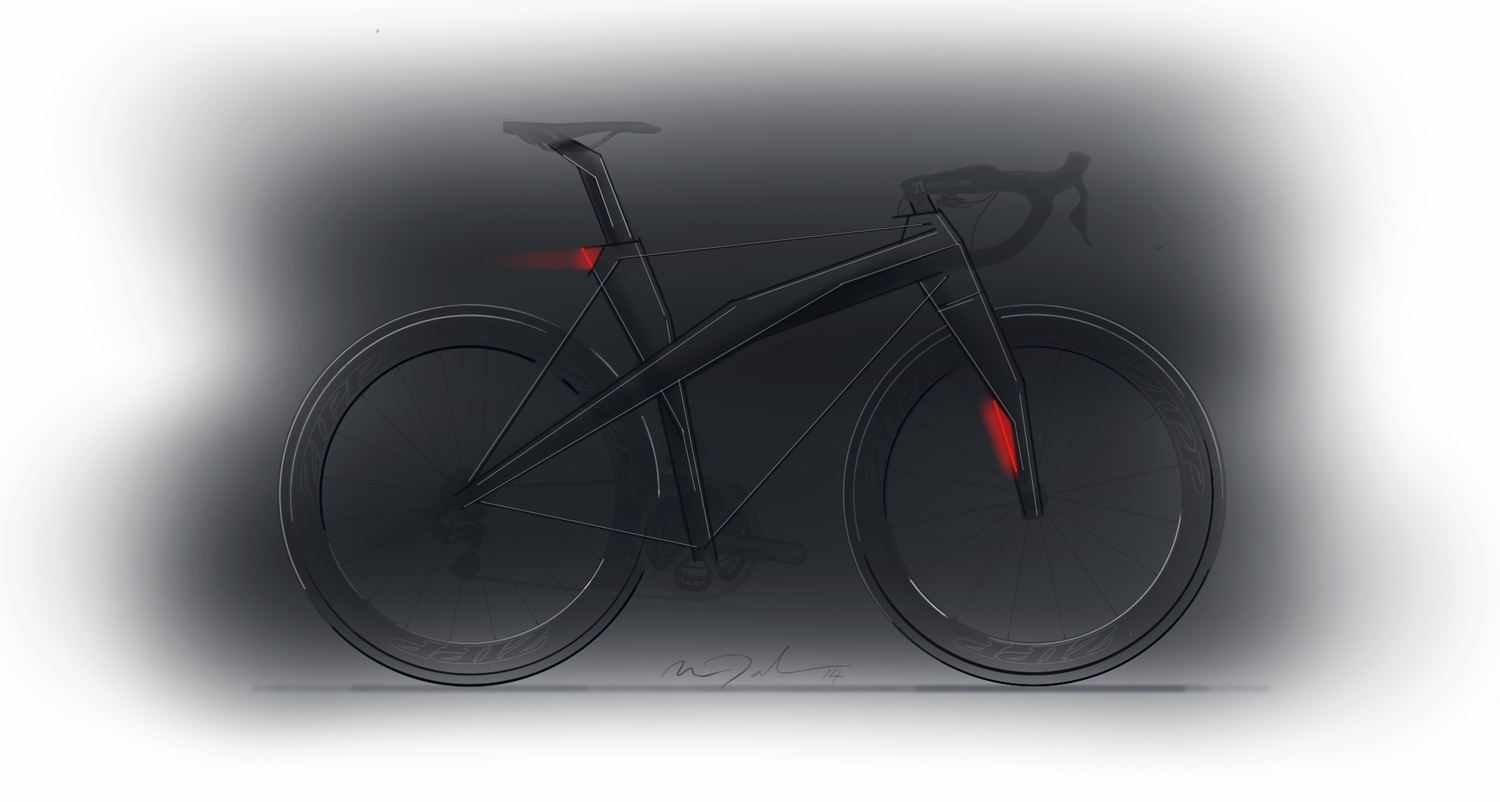 The Clandestine Design Group, has taken Buckminster Fuller’s principle of Tensegrity – which is “based on the use of isolated components in compression inside a net of continuous tension, in such a way that the compressed members (usually bars or struts) do not touch each other and the prestressed tensioned members (usually cables or tendons) delineate the system spatially” – and has incorporated it into a radical new bicycle design.

While tensegrity bicycles are not new, for example, the company Slingshot used the basic principles back in the 1980’s and 90’s with their bikes, CDG has taken things much further along.

Indeed, the Australian product design firm, came up with a couple of new designs for a tension bicycle that they call the CrossBow Tension Bicycle. The idea came from Brisbane’s new Kulripa Bridge, to wit: “The Clandestine crew where inspired by its architectural use of construction elements in tension rather than compression.”

“Always looking for new ways to design things with wheels we immediately wondered if bicycle frames had ever explored this concept. We thought that advances in composite fibre and fibre filaments could create road bike frames that would be feather light and structurally strong.

“Research shed light on two things, the first was that modern composite filaments millimeters in diameter are cable of holding tones of mass in tension and the second is that if a one human can think of it, then so can another – we found out that the concept is not new. Check out the dapper looking gent from the 1920’s and his tension suspension frame.”

Regardless and still inspired we put stylus to screen and sketched out two great looking mens’ road bike frames that use the concept of carbon fibre frames held in tension by filament wire or cable. For now we are running with the internal project name of Crossbow. You will note the second sketch explores a electric assist crank set hub drive concept.”

Although, the CrossBow may only be a concept at this point, it’s exciting to know that the stolid and true bicycle continues to enter into minds of the most sophisticated and forward thinkers of design.