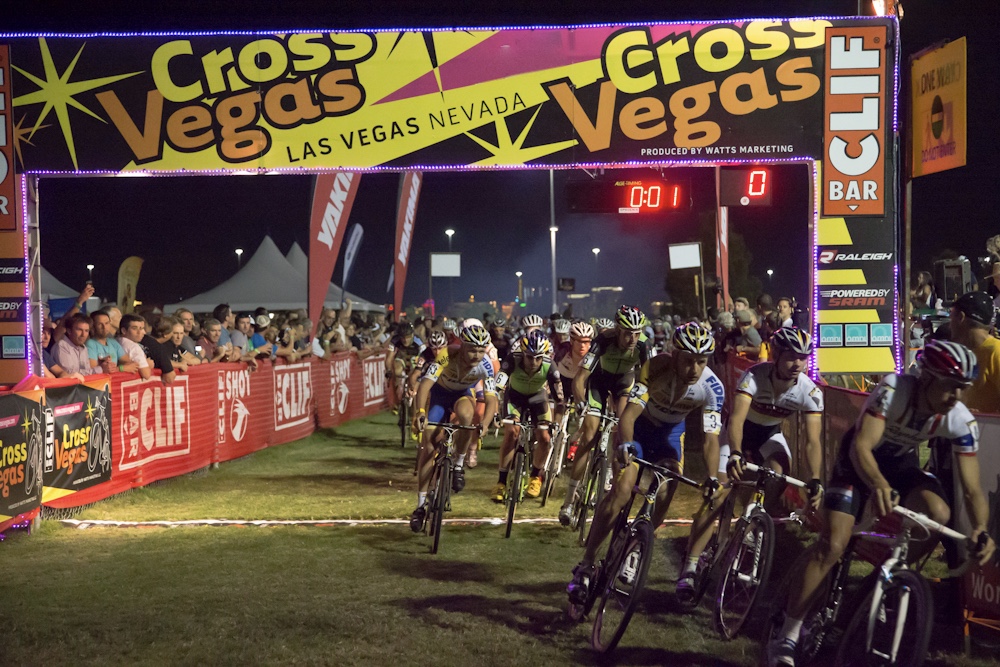 Brook Watts, head of the CrossVegas Organizing Committee received the trophy from UCI Deputy Sports Director and Head of Off-Road, Peter Van den Abeele, during an organizers’ seminar held at the UCI headquarters in Aigle, Switzerland, on Friday.

Topics of discussion included sports, marketing, communication, visual guidelines, and television coverage, in particular the important partnership between the UCI and Telenet. As title sponsor of the series from 2016-2017 to 2019-2020, this leading provider of media and telecommunication services will broadcast all rounds of the Telenet UCI Cyclocross World Cup and provide images to all rights-holders.

The 2016-2017 Telenet UCI Cyclocross World Cup will comprise nine rounds, up from seven last year. It will include three new destinations: a second USA venue (Iowa City) on September 24th, as well as Zeven (Germany) on November 26th and Fiuggi-Roma (Italy) on January 15th, 2017.