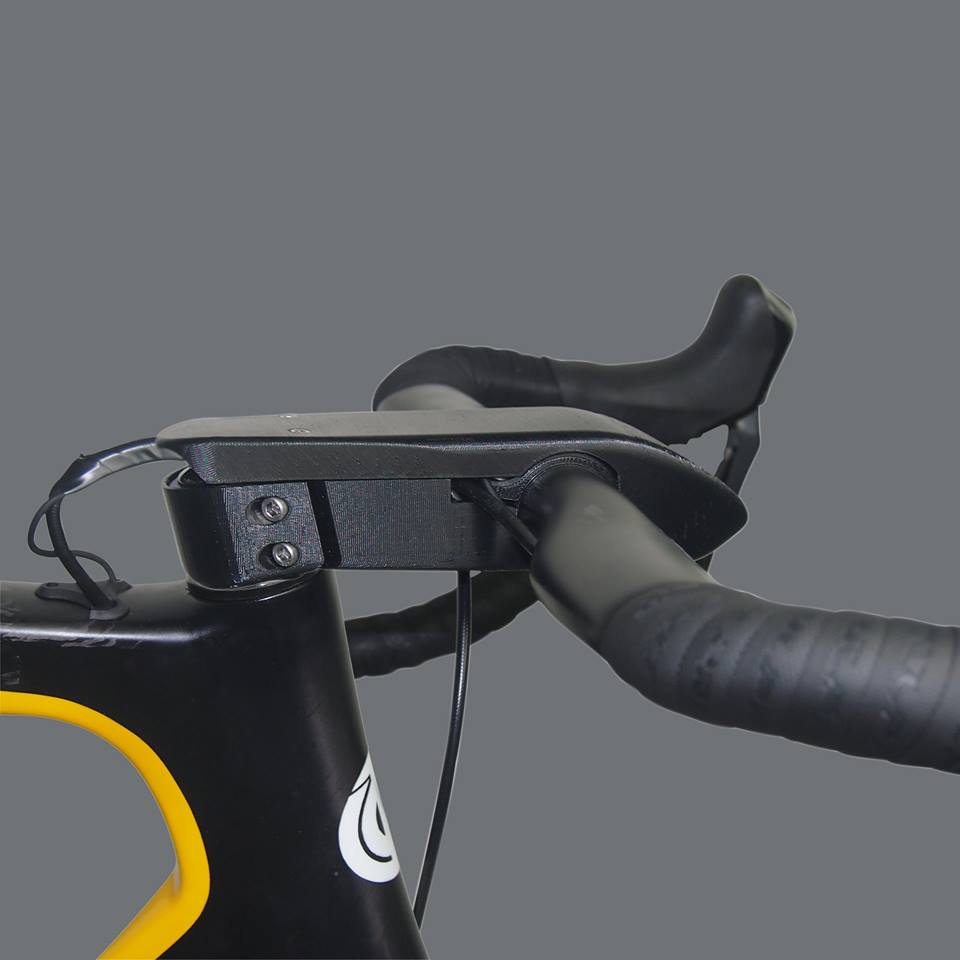 Culprit Bicycles, the same company that was one of the first to jump on the road/disc brake revolution, has launched a new aero stem that neatly tucks away cabling and hardware on electronic groupsets – to yield a clean, integrated effect.

The design is simple, whereby cabling is allowed to pass through the stem internally, while the electronic control box is nicely concealed within the stem itself.

Called the “Covert Ops” system, the Culprit stem can accommodate any electronic groupset from Shimano, Campagnolo or SRAM.

Additionally, to satisfy triathletes, Culprit’s system has a TT bar option, which seamlessly slots over the top of the stem while a carbon aero cover seals the modular system. Moreover, the base of the TT bars also features a patented adjustment clamp that enables +/- 20 degrees of adjustment.

However, above and beyond its functional benefits, Culprit claims there’s a performance advantage to their new design as well, wherein tests have shown that the “Covert Ops” can provide a gain of up to 5 watts over conventional stem at speeds of 30mph, and even greater gains of 15 watts when the company’s aero drop bar is added to the equation.

“Covert Ops” system has already made its way through the prototype phase. However, in order for Culprit to ramp up final production, they will be undertaking a crowd-funding campaign via Indiegogo in the coming weeks.

In the meantime, you can learn more about the system by visiting Culprit’s website here.