The Cycling Art of Juarez Machado 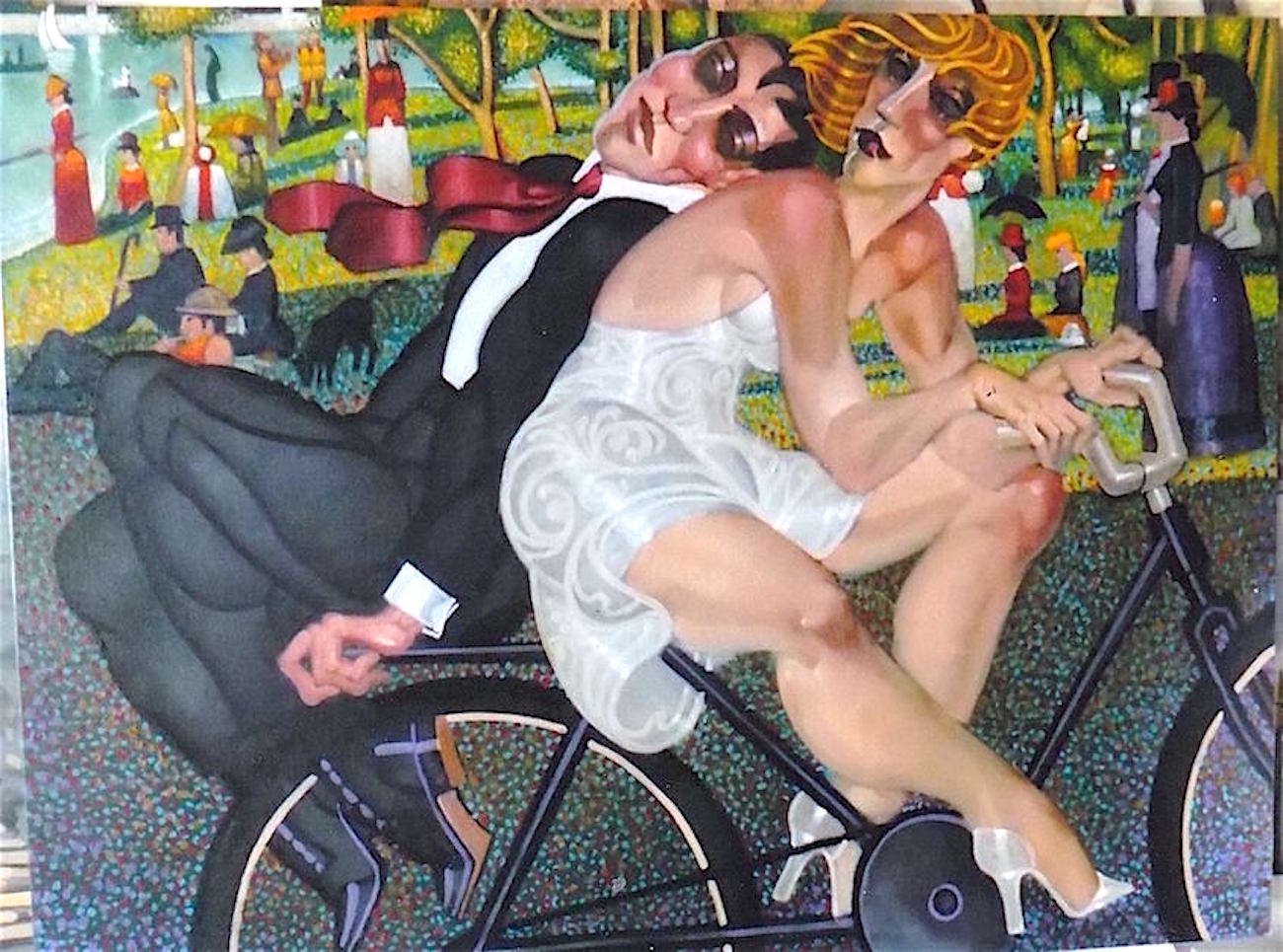 A few strokes of André Derain and Tamara di Lempicka, along with a little Vaudeville thrown in, seems to nicely frame-up the style of Juarez Macho’s cycling art.

Born in the city of Joinville in Santa Catarina, Brazil in 1941, Machado studied at the Paranâ School of Art in Curitiba, where he was actively involved in the region’s artistic movement.

In 1966, he took up residence in Rio de Janeiro, intensifying his work to include illustrating, scenography, sculpture, drawing and engraving, receiving a number of awards from Brazilian galleries, as well as other international prizes along the way.

Machado has been living in Paris since 1986, and has frequently exhibited his works in Europe and the USA over the years.