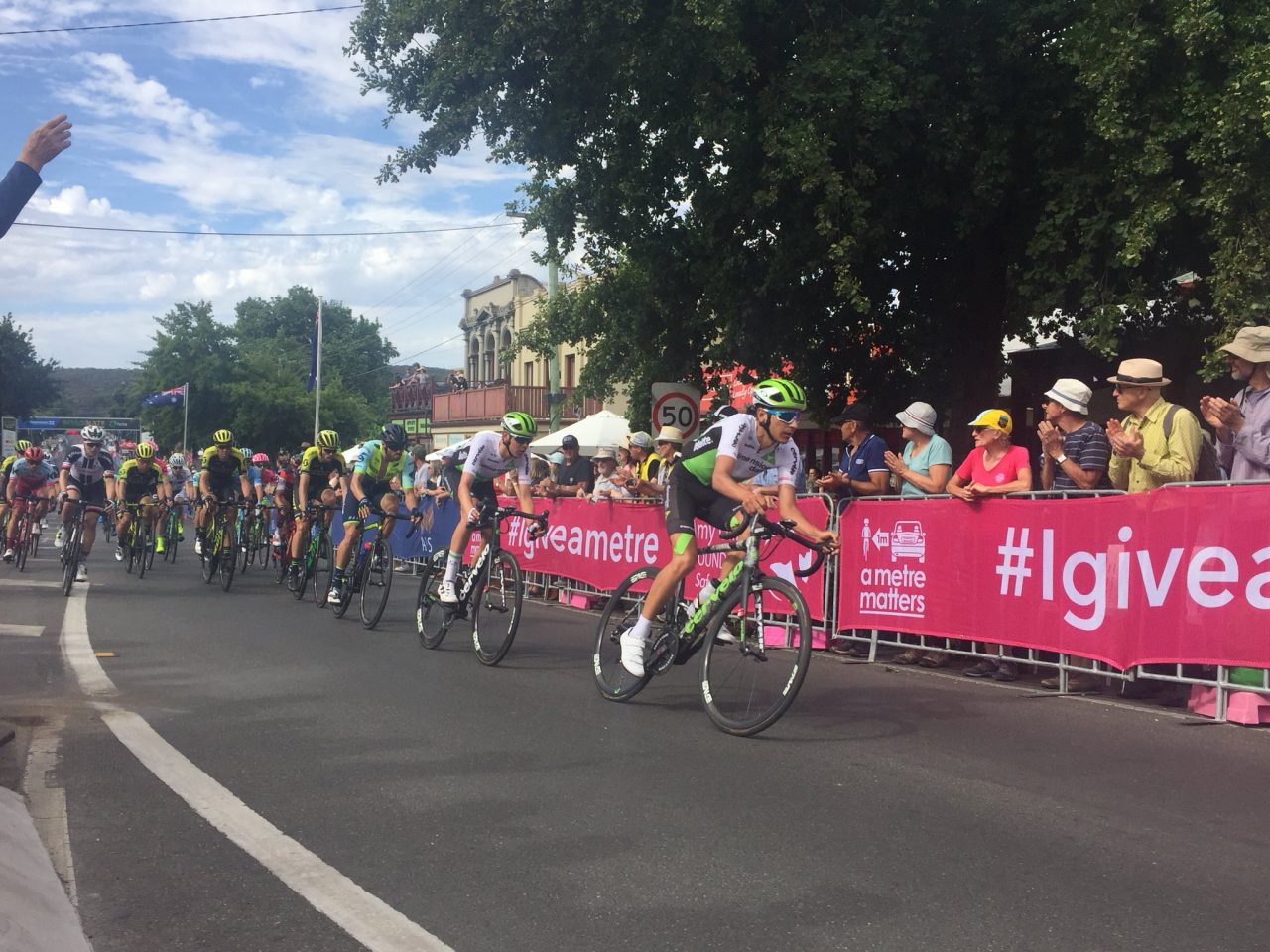 The 24-year-old rider delivered his professional team Mitchelton-Scott its first green and gold jersey since 2014 which he will wear in the Tour Down Under starting on Sunday.

In a quirk of the 184 kilometer race, Edmondson had to out-sprint his best friend and neighbor Chris Harper after the pair attacked together on the final lap.

While Jay McCarthy finished second, Harper held on for third while Caleb Ewan and Nathan Haas completed the top five.

Edmondson – an Olympic silver medallist on the track – made it three consecutive national championships for South Australia after Jack Bobridge won in 2016 and Miles Scotson in 2017.

They are also former track world champions who cut their teeth on the velodrome before switching to the road full-time.

“I’m speechless, I just came here to do the team work and … sorry, this means a hell of a lot to me and I want to thank my team, my family and coach, it’s a fairytale,” Edmondson said.

“Every cyclist grows up wanting to wear the green and gold and this isn’t going to sink in for a while.”

“My emotions are just trying to hold back the tears, an awful lot goes into this not only me as an athlete but my team, my family, my coach, everyone makes so many commitments so this is for them.

“It’s always been a dream to make it on the road and I’ve been chipping away, and today you’re trying to make sure you’re doing the right thing for the team.

“But today everything seemed to go my way, I felt good and took my chances and got to the line, it’s an awesome feeling.”

Mitchelton-Scott’s celebrations were tempered somewhat by a nasty crash to Luke Durbridge with 14 kilometers to go.

He was being treated last night for a suspected broken collarbone and concussion and is almost certain to miss the Tour Down Under.

But there was no wiping the smile off Edmondson’s face after he and Harper escaped the dwindling peloton with a lap to go.

“He’s (Harper) one of my best mates, he lives less than 500 meters down the road in Aldgate and every day we ride together, he’s the one pushing me along and vice versa,” Edmondson said.

“It was hard because we’re such good friends off the bike … there were a lot of words going back and forth, I’m not sure what’s going to happen to the friendship but I’m so thrilled for what he’s been able to do.

“It’s my day today but I know there will be plenty more opportunities for Chris Harper.”

Earlier in the race and eight-man breakaway established a seven-minute lead before BMC sent its big-guns in Simon Gerrans, Rohan Dennis and Miles Scotson to the front to reel it back in for Richie Porte.

There were several counter attacks but the one that really stuck was the Edmondson/Harper move and they filled two of the three spots on the podium after 4 hours and 54 minutes of racing.

Meanwhile, Shannon Malseed’s claimed the U23 Women’s race, with a “sneaky” approach to the finish that caught her rivals off-guard to snatch the glory.

Indeed, the 23-year old rider screamed in delight after winning a six-rider sprint to the line in Buninyong — holding off Lauren Kitchen (FDJ) and Grace Brown (Holden Team Gusto).

In a dramatic climax to the nine-lap 104.4 kilometer race, Malseed’s group had caught Katrin Garfoot (QAS) with just 50m of road left after the defending champion had launched a bold attack with 3 kilometers remaining.

“I passed Kat and then ‘Spratty’ (Amanda Spratt) and Kitchen started to fade and I realised that I was about to cross the line,” Malseed said.

“I sort of prepped myself for the double hander (victory salute), but I was so overwhelmed that I could only balance one hand in the air.”

“I think I lost my voice a little bit, I screamed so loud. It’s absolutely just amazing.”

One of the rising stars of women’s cycling, Malseed won the 2016 Oceanias road race and was last year’s National Road Series champion.

A Ballarat local, she used her intimate knowledge of the 11.6km Buninyong circuit to keep a low profile within all the major moves as two-time winner Spratt (Mitchelton Scott) and titleholder Garfoot exchanged blows in a shrinking field.