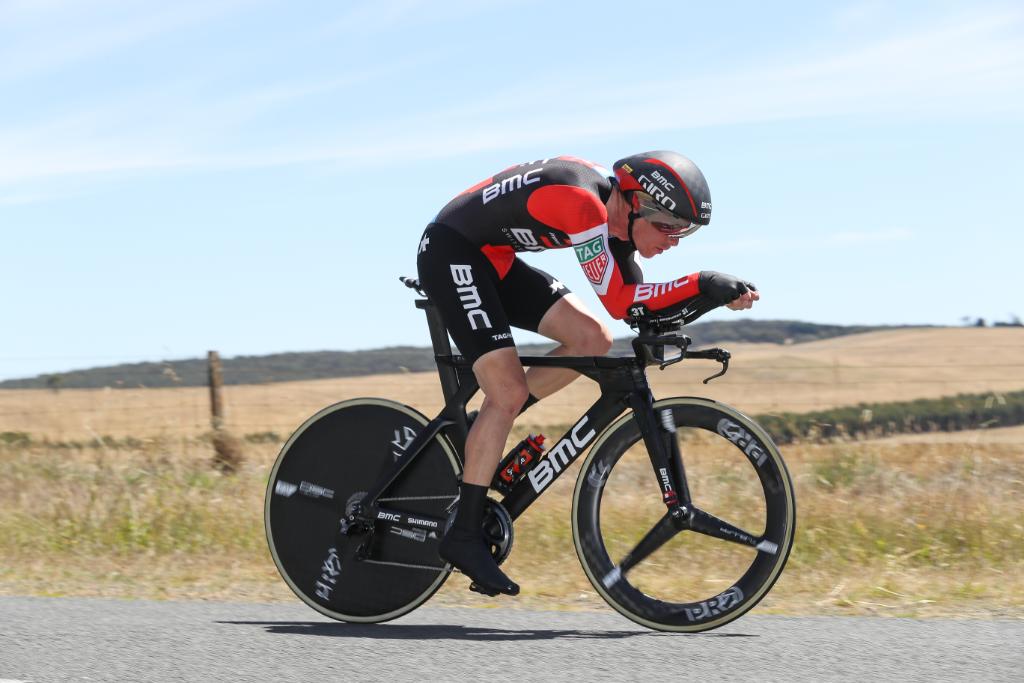 The 27-year-old BMC star defied the heat and a red-hot challenge from Luke Durbridge and Richie Porte to win by more than one minute after a 40.9 kilometer race against the clock.

“I did a few extra things to keep me a bit cooler, normally I wouldn’t put an ice sock down my back but I did today and was spraying myself with ice cold water before the start,” Dennis said.

“It’s more of a pride thing coming here and winning it and wearing it (green and gold jersey) for the rest of the year, it’s an honour more than anything.

“It’s hard to win with guys like Richie and Durbo and Miles (Scotson) who is improving every year.

“I was told to go out a bit easier this year and in the end I seemed to be able to compose myself until 5km to go.

“I was still a bit worried about how Richie was going, I heard I was a minute up on him and then nothing and you never know.”

Dennis led by just seven seconds from Durbridge at the half-way point of their 40.9km race against the clock but powered home to catch Durbridge on the way back.

“When he (Dennis) came past it was a bit of a blessing really because I had to chase him all the way to the line,” Durbridge said.

“At the moment I normally put in a lot of base training to prepare for the Belgian classics and I do a few time trial sessions but it’s definitely not a focus for me.”

Porte said he was aiming to finish on the podium and was satisfied with his result.

“I have to be happy with that, it’s been a long time since we raced hard and today was a hard course at the best of times and with that heat it was a nice hit-out.”

“The podium was the big goal and to finish third to Luke and Rohan is not a bad podium, obviously Miles Scotson was up there as well so it was a good result.”

Dennis and Porte will join BMC’s two other Australians in Scotson and Simon Gerrans in Sunday’s road race at Buninyong before they head to Adelaide to defend Port’s ochre jersey in the Tour Down Under.

But Dennis’ major goal for 2018 lies in May where he will return to the Giro d’Italia for a crack at the pink jersey.

He had grand plans for the Giro last year but lasted just four days after succumbing to head injuries from a crash on Stage 3.