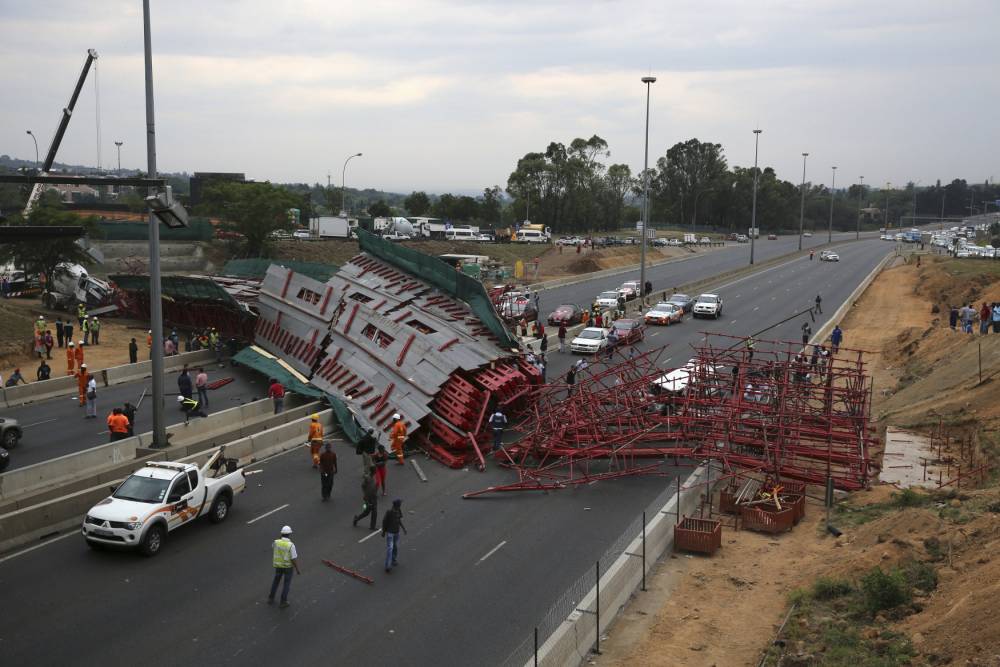 A cycling bridge that was nearing completion in South Africa collapsed yesterday.

According to the media, a temporary bridge that was part of a construction project collapsed on to one of Johannesburg’s busiest highways, killing two people and injuring 21 others.

A portion of the Great Walk Bridge scaffolding, used by cyclists and pedestrians, collapsed as Johannesburg was promoting the Ecomobility World Festival, an event encouraging people to walk and cycle, or use public transportation.

About 10,000 people walk or cycle daily between the Sandton district and the Alexandra township, areas which the bridge was designed to connect.

“The exact cause of the incident is not known at this time,” Murray & Roberts construction said in a statement. All of our incident response procedures have been initiated, our support services have been mobilized and relevant authorities have been advised.”

Some sources say, faulty construction and heavy winds may have been the cause behind the collapse.

There were no cyclists or pedestrians on the bridge at the time of the collapse.