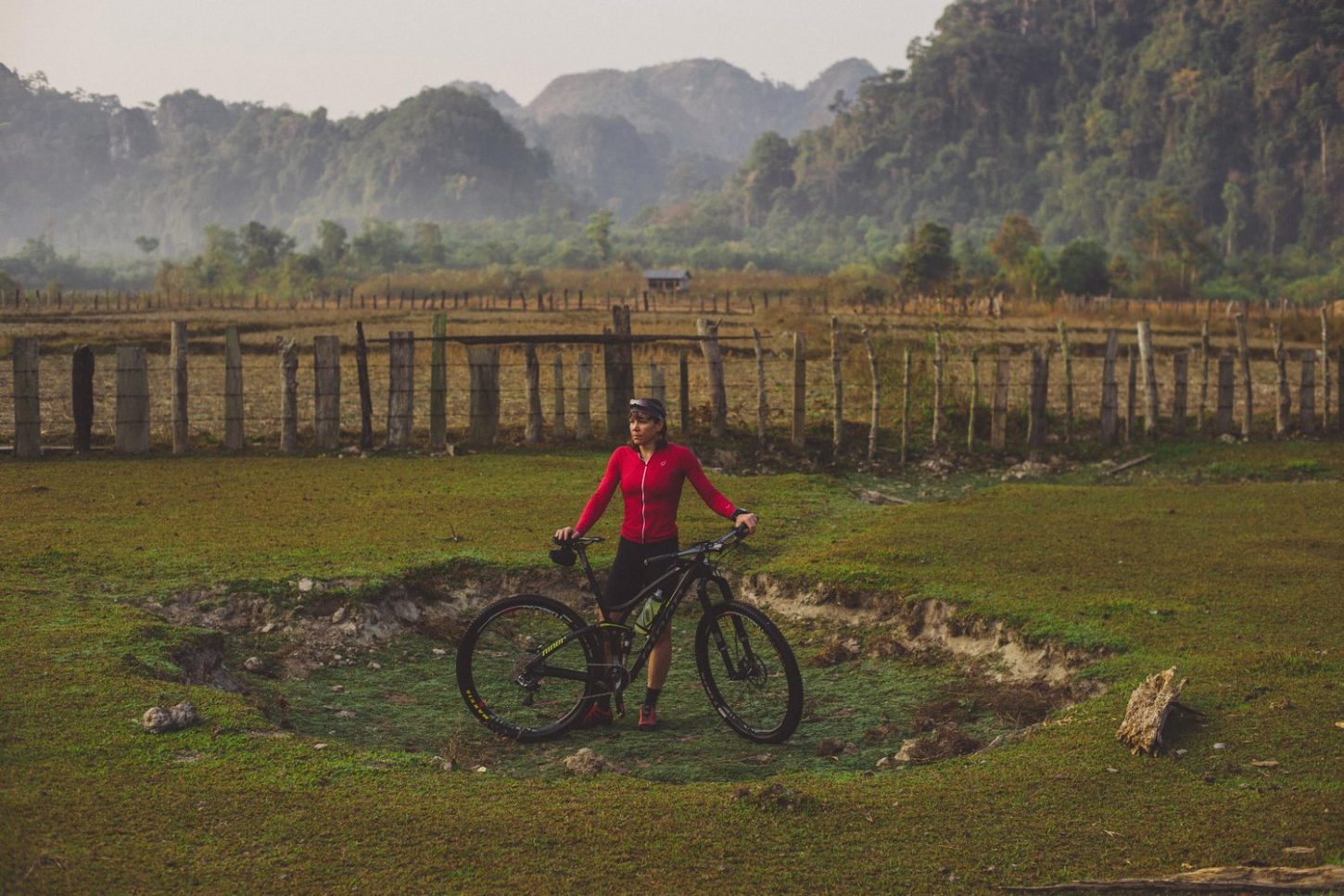 The purpose of Rusch’s 1200-mile journey is to retrace the physical path that came into existence during the Vietnam War en route to the final resting place of her father: an American bomber pilot shot down in the closing stages of the war. The cultural scars and visual remnants of an utterly destructive war that Rusch and Ngyuen encounter during their travels are punctuated by the physical demands of pedaling over 1000 miles in the heat and humidity of Southeast Asia.

When Rusch was three years old, her family learned of her father’s disappearance, but information beyond that was scant. For decades, all they knew was Stephen A. Rusch’s F-4 Phantom II plane had been shot down somewhere in Laos during a bombing mission. They did not know if had died as a result of the crash or if he had been taken prisoner, nor did US Air Force and thus he was declared Missing In Action (MIA). And so, Rebecca and her sister grew up without knowing the whereabouts of an absent father yet they knew there were, or at least, had been, loved by the man who helped give them life but about whom they knew so little.

The film can be seen for free on Redbull.tv.