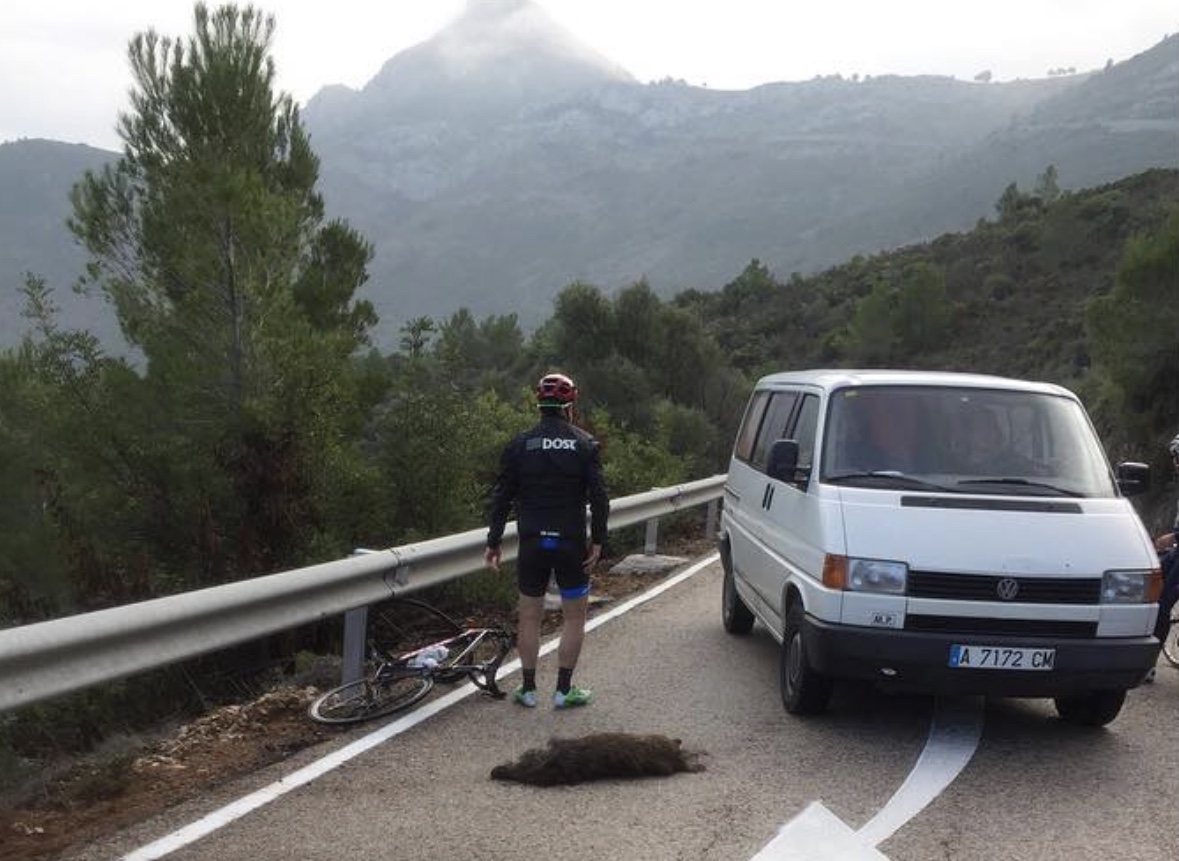 19 Dec 2016
By Campionissimo - In LATEST ARTICLES, THE BROOM WAGON

There was no kosher riding for Sean Kelly over the weekend, as the four-time Tour de France Green Jersey collided with a wild boar while out on a ride.

According to reports, Kelly was descending along the Coll des Rates in eastern Spain, when the animal suddenly darted out in front of his path, causing the An Post-Chain Reaction directeur sportif to hit the pavement hard.

However, the boar which weighed 60 pounds or more, apparently wasn’t so lucky.

So much for a boar-ing ride that day.  🙄