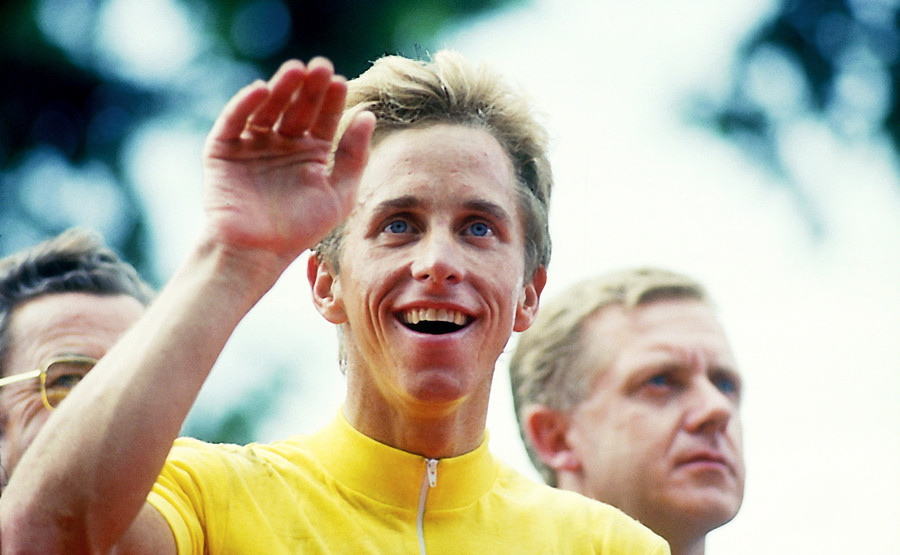 06 Oct 2015
By Campionissimo - In LATEST ARTICLES, THE PODIUM

The latest in the Cycling Legends series, charts the roller-coaster career of Greg LeMond. It traces his meteoric rise from an energetic outdoors kid growing up in Nevada, who had difficulty concentrating, through being a rookie pro in the strange new world of European pro cycling, to winning the Tour de France at the age of 25.

But then disaster struck, LeMond was shot in a freak accident and almost died. Two agonising, frustrating years followed while he hammered his body back into shape to win the most exciting Tour de France there’s ever been, taking the final yellow jersey by the wafer thin margin of eight seconds on the last day.

Cycling Legends Greg LeMond then tells of how LeMond won a second world road race title with a majestic effort in the French Alps, and how he won another Tour de France. But it also tells how the lead left in his body after he was shot slowly weakened him from the inside.

Finally it reveals the changes he made to cycling. How he changed the life of being a pro racer, how he raised everybody’s worth. And how, always looking for the next innovation to help him ride faster or more efficiently, he changed the way riders look on their bikes. It’s all in this 148 pages of recollection from rivals, team mates and from LeMond himself, gleaned from the archives of Cycling Weekly and blended with extensive new material.