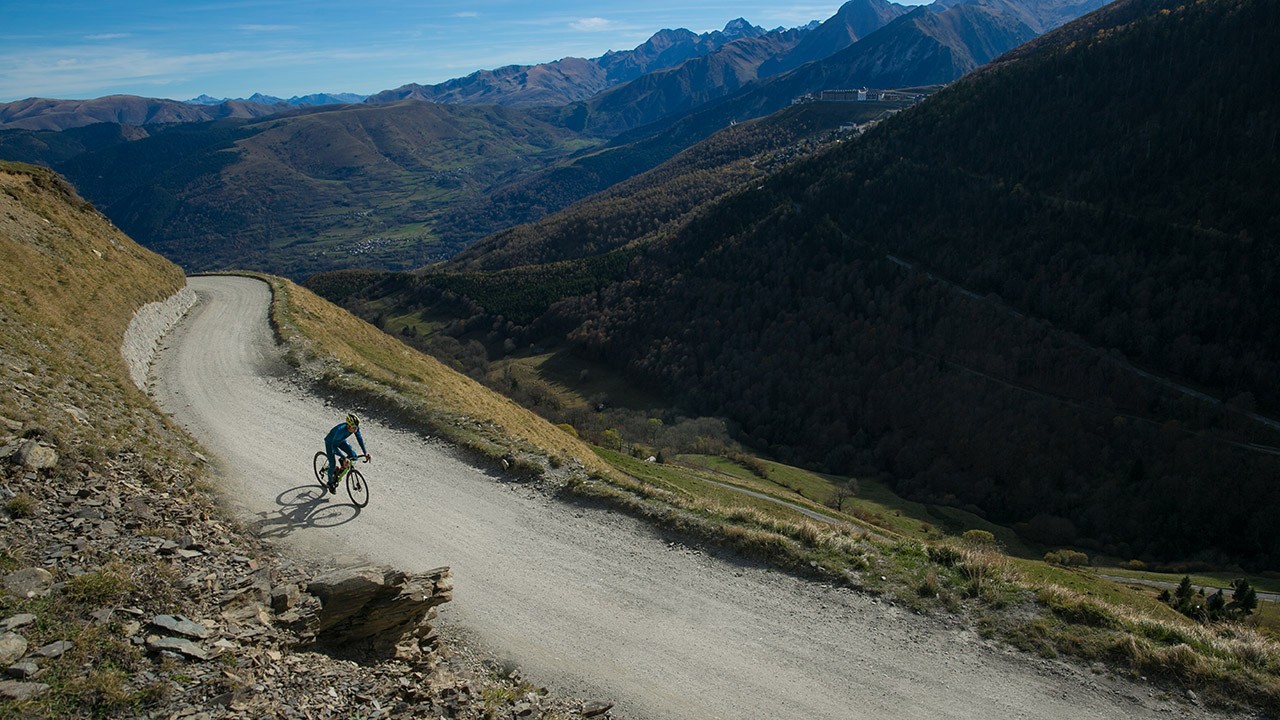 It’s always an exciting time, waiting in anticipation for the Tour de France route presentation. Weeks of guessing and dreaming about which cols may be used is finally put to bed as all the cards are laid out on the table. As the road unravels, stage after stage, we now know that the race will head to the Pyrénées for the final week for what looks to be one of the best finishes of the Tour…..ever!

Now mountains in the final week may not come as much of a surprise, but what did catch our eye (along with the rest of the cycling world) is the hyper-dynamic Stage 17, starting in Bagnères-de-Luchon with the Montée de Peyragudes, Col de Val Louron-Azet and the all new Col de Portet on the menu. Three climbs back to back with over 3,000 metres elevation gain and all in just 65 kilometers! That’s right 65 km from start to finish……crazy days!

With autumn quickly taking hold and the first dusting of snow on the higher peaks, I’ll be honest I never have a problem getting motivated for a big day in the mountains but with such an incentive so close to home there’s no way I could get to sleep until I’d checked it out, especially as this will be the first time the Col de Portet has ever featured in the race, and at 2,215 metres in height it’s 100 metres higher than the legendary Col du Tourmalet.

Immediately after leaving Luchon you’re straight onto the Col de Peyresourde. As one of the very oldest climbs in the Tour, the Peyresourde has witnessed a lot of drama since 1910 when it was first used. You may recall last year Chris Froome and Fabio Aru overshooting the bend from the descent of the Port de Balès to join the climb, leading to a desperate chase to get back to the front of the race.

The Col de Val Louron-Azet may only be 7.4 km in length but it averages over 8% gradient, with pitches up to 12% in the early part. Linking the Louron valley in the east to the western Aure valley, reaching the summit of the Azet puts you in a unique position. Look behind you and you can see the Peyragudes airstrip while in front the road up to Pla d’Adet menacingly carves its way into the side of the mountain. It’s not often that you can see exactly where you’ve come from and where you’re heading so clearly. Come race day on July 25th 2018 there will be absolutely no hiding.

First used in 1974, when Frenchman Raymond Poulidor won the stage, the climb up to Pla d’Adet is notorious for being a big challenge. There’s no shelter so in the summer it’s stifling, and with very few corners it’s very hard to get out of sight. Today Pla d’Adet is only half the story as 3 kilometres from the summit we branch off towards the Col de Portet.

It’s easy to see why the Portet is being dubbed the new Tourmalet, not only is it 100 meters higher at 2,215m elevation but it’s average gradient of 8.7% compared to that of the Tourmalet’s 7.5% mean that it may well be the hardest climb the Tour has ever faced. Stats aside it’s certainly one of the most beautiful.

Having ridden and raced for over 25 years, these are the types of stages that really excite me. Short, explosive from the gun, nowhere to hide. Just the mountains to conquer and a million fans lining the road all the way. What could be better? I for one hope that this is the start of a new era of this type of stage within the Grand Tours.

I very much hope you enjoy our route preview. The beauty of this stage is beyond words, definitely one of the best I’ve had the honour of riding. For more photos from the stage click the ‘Gallery’ tab above.